FanFest. I know what you're thinking - long lines, huge crowds, no baseball. Why would I want to go to that? Well I'll tell you why. It's not just about the players. It's about the team and the experience of being a fan of this organization.

Groug did a much better job than I could in recapping the actual news from FanFest. And you've probably all read it and attributed it to another writer by now, but if not you can do so here. Rather than waiting in lines to get autographs like a sucker or getting good seats for the Q&A like he did, we opted to really explore the park and see the things we'd never be able to see during a game.

The crowds weren't too bad at all, if you avoided the areas where people were waiting to meet players. Once we got in, we were led on a merry chase to find the clubhouse tour. During that time, we entered the field. I didn't think I would be affected by this because I've been on the field for concerts and other events. But nothing could have prepared me for the sheer giddiness and wonder I felt when I looked up at the stadium and saw Baseball Things happening around me! I felt like a kid again. My baseball loving soul felt soothed and invigorated.

You can't really walk the bases because there aren't any, and home plate is where the KNBR stage is, but you can walk the baseless infield, play catch in the outfield, get a picture on the pitcher's mound, and just gaze up in wonder at the stands above you and prepare yourself for the return of baseball.

We finally made it to the clubhouse tour. If you've never been through the clubhouse, you definitely need to go to FanFest. There was a feeling of anticipation while I was waiting to get in that I can't even describe. In the first hallway you enter, the walls are lined with photos of the iconic moments in this era of Giants baseball. 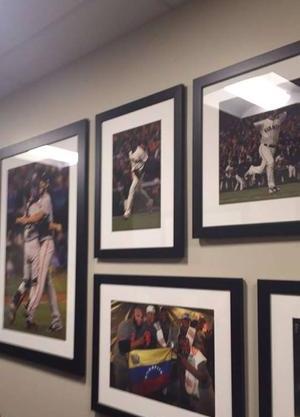 Before you get to the clubhouse, you pass the team kitchen, the gym and a KNBR office. 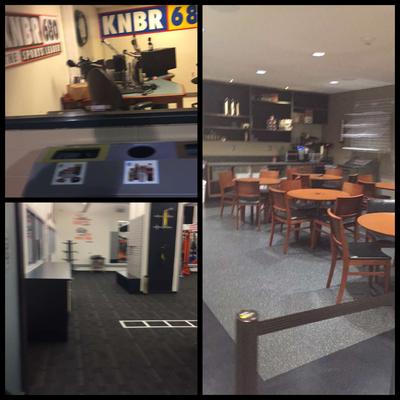 *Photos aren't great because we were being herded fairly quickly. But hey, you get what you pay for. Next year go to FanFest, take better pictures, and mock me in a Fan Post! 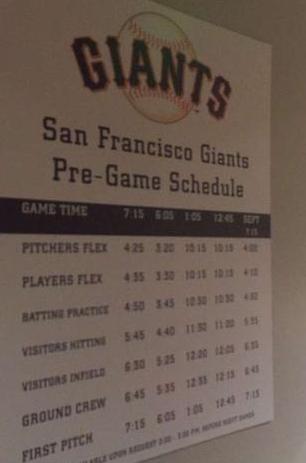 And then, there's the clubhouse. 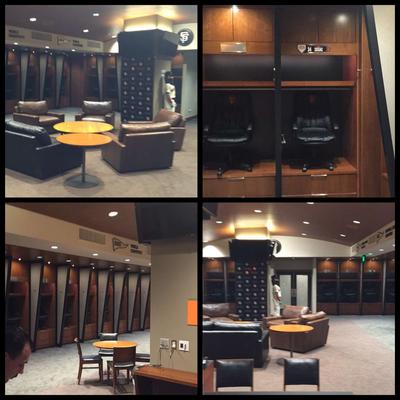 It was surreal. Because you see it all the time with a sense of "Well, I'll never see that room in person." And you won't! At least not during a game. But that's what FanFest is for. The one thought I remember having aside from "Oh my god! I'm in the clubhouse!" was that the carpet was really thick and fancy. I don't know why my brain decided to store that information away, but it's yours now, free of charge.

After that you walk through a couple more hallways and then all of a sudden you're greeted with this. 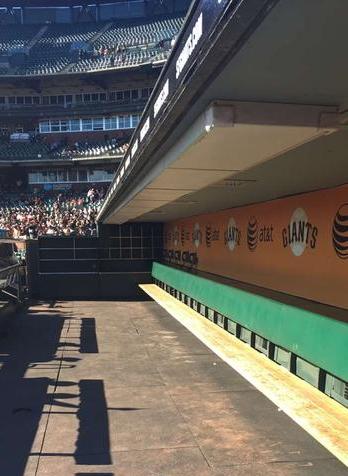 The rest of the dugout was closed, but walking up those stairs to the field, and just being in the dugout was something I'll never forget. It's something I've watched my favorite players do for the last sixteen years and I was doing it. It felt amazing.

After that it was a lot of wandering. We checked out the museum area in the club level, I was searching for Timmy's Cy Young award, which I'd always heard resided there. But alas, though the Timmy shrine lives, it appears the Cy Young has moved on with its rightful owner. 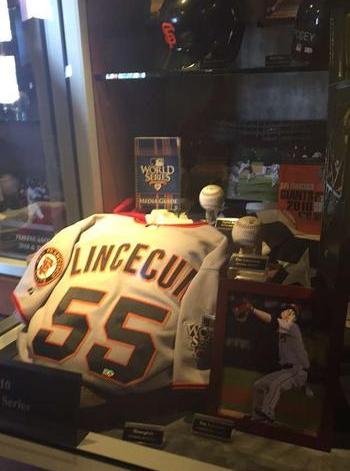 Then we sat in the press box, and mostly just hung out, enjoying some food and a nice day at the yard. The only thing missing was a baseball game. 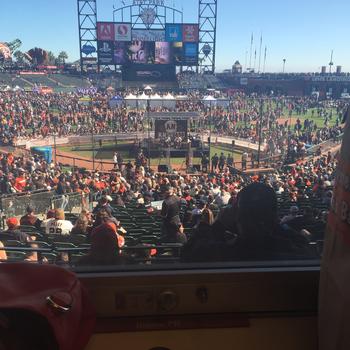 If all you're interested in is meeting players, FanFest might not be for you. You'll spend all day in lines and probably end up grumpy, sunburned and disappointed. But there's no need for that. You don't have to wait in line for baseball players, the baseball players will find you! Or vice versa, completely by accident. 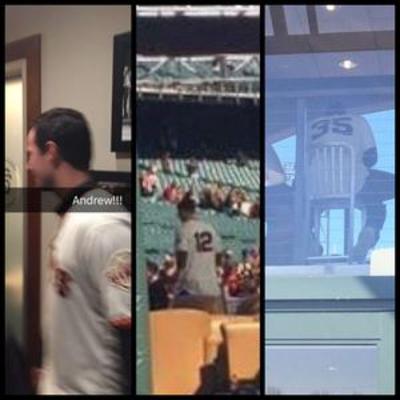 I ran into Andrew Susac twice in the span of 10 minutes, once in the clubhouse (literally ran into him, because I wasn't paying attention) and once on the field - where no one in the massive crowds waiting for autographs recognized him. The players were everywhere. At one point as we were leaving the park, I looked up and there were Brandon Crawford and Joe Panik signing autographs. And if you're not the type that needs to meet them, but still thinks it's cool to see them around the yard, my advice is just to walk around. Let the day lead you and enjoy a (mostly) free day at the ballpark.

FanFest, ultimately, is about the joy of being a fan. Getting to explore the park you watch on TV every night. It gives you the chance to seek out places that you wouldn't have time to see during a game, and places you don't have access to as a fan. You have the opportunity to look to your left and see your favorite player walking by. Or to look up at the big screen and see Buster Posey doing an interview. The opportunity to sit in on Q&As with the team and ask them a question if you want to. It gives you access to the team and the park that just isn't there during the season. Maybe it's not something you want to attend every year, but it's certainly something to experience at least once. 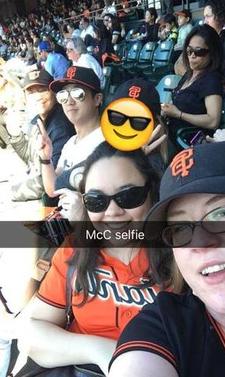 See you at the park!