The Hiroshima Carp are your new favorite Japanese team

They signed Nate Schierholtz, so they probably are, at least. Are there any other teams in the NPB that should interest Giants fans?

Share All sharing options for: The Hiroshima Carp are your new favorite Japanese team

Dang it, I'm being serious here.

There we go. And that was the last time Pat Neshek gave up an exciting home run at AT&T Park. Also acceptable in that spot: One of any of the 500 laser throws that got Schierholtz an assist on a bumbling baserunner. He was a good Giant with two rings -- three if you think he should get one last year because he helped Hunter Pence come over in the first place -- and I wish him the best.

Does wishing him the best include rooting for the Carp? Well, we have to see exactly who else is in the NPB, first. I love Schierholtz, but what if Andres Torres is in the employ of Nippon Ham? That would make things tricky. What we have to do, then, is look for other old friends in Japan and make sure that Schierholtz is the best choice.

Old friends?
None. Well, Ken Ray appeared in seven games for the Grizzlies back in 2000, so that kind of counts. We can't forget the Jerry Spradlin trade, now.

Also, I consider Wily Mo Pena an old friend. And without Kaz Matsui, we wouldn't have had this moment 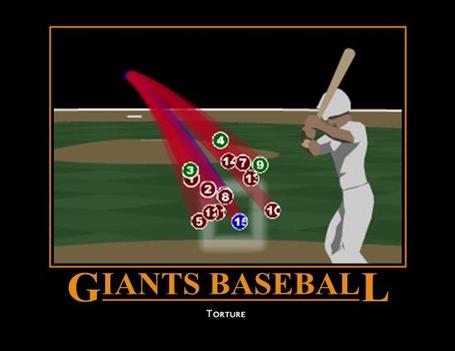 So cute. "Torture." We really believed it back then!

The Golden Eagles have a boss name, too, so they're a strong contender. Not sure if that's all enough to vault them over the Schierholtz-fueled Carp, though.

Old friends?
Wade LeBlanc is probably going to throw a shutout against the Giants this year. I don't know the logistics of how that would work, but you can count on it. That's the only name Giants fans would know, and he's an enemy of the program. Cross the Lions off the list.

Old friends?
No. Unless you count Chihiro Kaneko as a future friend because he's totally going to sign with the Giants, they don't have any old friends. Although Kei Igawa is pitching for them, and he took money from the Yankees and set it on fire. That makes him a friend of the league. And there's nothing cooler than an "x" in a team name, unless you count the team name itself. It just rolls of the tongue. Orix Buffaloes. Say it! It's grand.

Oh, this is a strong contender. Sadly, though, they have no ex-Giants. I'll just take my Despaigne shirsey and continue rooting for the Carp, then.

The Nippon-Ham Fighters are perhaps the world's greatest WELL, ACTUALLY team. You make some joke about someone fighting ham, or about a fighter made entirely of ham, and there's always someone on the Internet ready to go, WELL, ACTUALLY, the name of the company that owns the team is Nippon Ham and the team is just the fighters. Seems like that would be annoying, so Schierholtz and the Carp have the lead, still.

Though I do enjoy how happy Tanaka was up there.

Old friends?
They have Dice-K.

He is not an old friend.

Old friends?
They have Masahiko Tanaka, and they'll figure that out soon enough, but they also have Lastings Milledge and Wladimir Balentin, both of whom I probably wanted in a potential Matt Morris trade. That makes them an interesting team to follow, but not necessarily one to root for. Schierholtz and the Carp are still in the lead.

Old friends?
They have a player named "Ishikawa," and that almost counts, but we don't have to rely on such loopholes because they have Guillermo Moscoso. Remember when it was something of a toss-up between him and Yusmeiro Petit for the swing-man position? The Giants chose wisely.

While Moscoso did pick up two wins for the Giants in relief in 2013, I'll stick with Schierholtz. Hard choice, I know.

Old friends?
Say, they have an Ishikawa, too! Hector Luna sure feels like someone who got 100 at-bats with the Giants, but he was never actually in the organization. The only reason to pick the Dragons over your team is because they are the only professional baseball team in history to have a piece of clipart for a logo.

And that takes a quiet confidence that's easy to root for.

Old friends?
Randy Messenger isn't just an old friend, he's someone I've actively lobbied for the Giants to re-acquire for a couple of years. He's been outstanding in Japan. He's teammates with Kosuke Fukudome now, and I wanted him for years, too. Never forget that I would be the worst GM in baseball and would run your team into the ground.

Old friends?
They have a Cepeda, so if you wanted to get an awesome Giants jersey with "Cepeda" on the back, that option exists. And, really, that's the only reason to root for the Yomiuri Giants -- they have the same team name as your favorite team. But it's not like you root for the New York Giants because of that.

Also, the Yomiuri Giants have won only two championships in the last six years. I don't know if I can root for a team with luck that poor.

Old friends?
Not only do they have Schierholtz, but they have Jesus Guzman, who:

a. Was the person who hit Schierholtz in the head in that video up there, which is one of the more amazing baseball videos of the last decade.

b. Responsible for a hilarious defensive GIF that has gone missing from the Internet and, oh no this is horrible please someone find it.

c. The guy who was almost decapitated by a Madison Bumgarner snot rocket.

(And I'm a gonna buy this shirt now.)