Think about the premise of this post. There have been at least 64 awesome postseason moments over the last five seasons. This is absurd.

Share All sharing options for: Tournament of Happy Giants Postseason Moments (round 1, part 3)

Why does Gregor Blanco (and Tim Lincecum's brain fart) make the list? Because the Giants won the game in both instances, which meant we could laugh about it instantly. Ha ha ha, don't do that, Gregor! You'll give me the twitches!

If you're looking for the first two entries in the series, Part I is here and Part II is here. Clear your cookies and vote often!

Uribe gives the Giants the lead vs. Matt Cain doesn't give up a run

Huff ties it vs. A.J. Pierzynski having to watch last year's NLCS 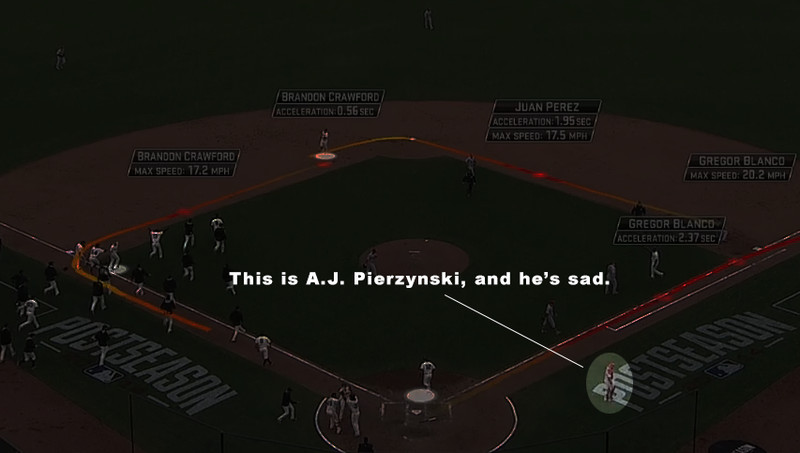 Madison Bumgarner comes out of the bullpen vs. Edgar Renteria's other home run

Barry Zito trolls the world vs. The Giants won the World Series on this hit, NBD.

Bumgarner gets the shutout vs. The Giants won another World Series on this hit, NBD.

Buster sets up the walkoff vs. Ssorry Doc II