I also give away the ending of Avengers 2 in here, so be careful.

Share All sharing options for: McCovey Chronicles mailbag: Dayan Viciedo, Jake Peavy, and can the Giants win with a normal second baseman?

Pitchers and catchers report in less than a week. There will be spring training games on the radio soon. This means one thing: a temporary reprieve from rosterbation season and stupid rumor season. 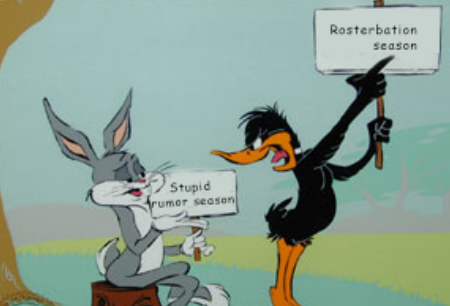 Scram, both of you. But there are still faint death rattles to attend to! So we turn to the McCovey Chronicles mailbag. As always, send an email to mccoveychronicles@gmail.com. Do your best to keep the question short, as novellas take attention away from me, and we can't have that.

Dayan Viciedo was released by the White Sox this week. With all the lack-of-dinger talk for the 2015 Giants, could he possibly be a fit as a fourth or fifth outfielder? Or is the bad defense too red of a flag?

Now take away Feliz's defense. You're left with Dayan Viciedo.

Feliz without his defense is like Sergio Romo without his slider, or Garfield without Lyman. What's the point? The only thing, other than the dingers, that Viciedo has going for him is age. Maybe he's going to turn those 1800 iffy plate appearances into 26-year-old breakout magic. He'll need a starting gig for that, though, and he'll get probably better offers than fourth/fifth outfielder openings, just because of the youth/power combo.

The Peavy deal is bothering me now more than ever. Could have had Shields for a few bucks more instead we have a six inning guy (maybe) who's on the way out. Is Peavy 20 million better than Vogelsong? To me they are the same guy in fact Vogey is probably more valuable because he could be a good bullpen option.

By "a few bucks more," you mean about $55 million and two extra years. That's the kind of money that's the difference between finishing second or finishing third next winter for Fulgencio Valdes, a five-tool shortstop prospect I might have made up.

Still, I get the point. Shields is better than Peavy, no question. Except the Giants probably would have listened to you early in the offseason, if Shields wasn't holding out for nine figures. The Giants reportedly had an offer (or were considering one) that was worth more than what Shields eventually got, but they didn't want to wait around and be caught without a prom date.

Don't let the postseason make you too sour on Peavy, though. He was absolutely outstanding after the trade, and even though his performance was unsustainable, I think the ballpark could help him replicate Vogelsong's best seasons.

Bureaucrat Dads want to know:  what is the objectively correct child age for first exposure to the live baseball germ?  I will take your answer offline.

First: Vaccinate your damned kids. Take some pine tar, put it on a sewing needle, and stick your kid while he or she sleeps. When they wake up screaming, whisper "Baseball did this to you. Baseball did this." It will help build an immunity to baseball. If you don't do this, there's a chance your kid will grow up to be someone with opinions on, like, Erick Threets or something. Look at us. We're weird and society doesn't know what to do with us.

Or maybe you were asking about when you should take your kid to their first baseball game. I can help with that.

0-1: Such a great baseball age. Put the thing in a Bjorn and walk around until it falls asleep. Use its soft skull as a coaster for your beer. It's so calming.

1.1 - 3: Nope. Just watch the game at home. You will not have fun. You will spend money. The kid will not care about the baseball game.

4 and up: Ah, the sweet spot. The four-year-olds will bug you for slides and seals and stuffed animals and sugar, but it's manageable. Enjoy your baseball-loving lives together.

And if you need it to be a question: Please rate my hat?

This reference will age like a fine wine, and you will never have to explain it to anyone. However, there needed to be at least one hat to commemorate a Giants prospect from the bad years getting released and kicking around baseball until he was forgotten, then coming back and playing out of position because the Giants were desperate, then winning the pennant with a home run. You have that hat.

When McGehee does something bad, can the official response be McGeheeheehee?

Yes. We can agree on this.

My wife finally told me to just shut up and go to Spring Training after I talked about it for years. I'll be there for the first week with a good friend. Any pearls of Scottsdale wisdom?

This reads as if you are older than 22. This means you will feel old. Be prepared for that. Spend the money to buy good tickets at Scottsdale Stadium, or sit in the grass, which is like a prequel painting to "The Garden of Earthly Delights."

I really enjoyed Rehab Burger, and my favorite mellow place for drinks was Citizen Public House. I brought a book there and drank alone late one weeknight, and I didn't feel like a weirdo. That's my kind of place.

Also, try the baseball. It's great.

I feel like it's never too early for next year's rosterbating, especially considering that this year's roster seems pretty well done and dusted. With both Tims, Affeldt, Scutaro and Arias's money coming off the books (plus whatever McGehee makes in his final year of arbitration) the Giants should free up around 40 Million. In guaranteed raises coming next year, they're adding about 15 million. Not including options (since we don't know for sure whether they'll exercise the option or the buyout) or arbitration, or the (hopefully) inevitable 5-10% rise in payroll, the Giants are looking at having 25 million or so to use on a fairly deep looking free agency class.

Considering the state of the roster, what free agents coming available next year (for the fun of it, assume no team resigns their free agents) would you want the Giants to go balls out after? Would you want to throw it all at someone like Jordan Zimmermann (who admittedly is my dream FA) or spread it around to a few lesser but still quality guys?

It is far, far too early for next year's rosterbating.

Okay, fine. I haven't done the math on the raises yet BECAUSE IT'S FAR, FAR TOO EARLY FOR NEXT YEAR'S ROSTERBATING, but I'll take your word for it. Remember a few things:

I trust the Giants to find pitching on their own, to be honest. Jon Lester excited me, but he also gave me the jibbilies. Six years for a pitcher, brr. That had some serious Zito potential, even if Lester was much better than Zito in his final year before free agency.

(You're going to go blind if you keep doing that.)

Any credence to my theory that the presence of Joe Panik in the 2016 lineup will undo the even year magic? A dark theory for sure, but it seems that a back injury to our second baseman is what keeps the torch lit.  Rest assured that I'm drinking hard for Joe in advance.

The championship second basemen, in order:

2016: Daniel Murphy or some crap, acquired because the light-hitting, homegrown second baseman didn't work out the previous year

You can still have symmetry. All that needs to happen is Panik needs to hit like Emmanuel Burriss and fall out of favor. I'm not excited about throwing him into the volcano, either, but sacrifices need to be made sometimes. Literal sacrifices. It would be Panik's turn. I'll miss him, but remember all the good he did for the 2016 team.

My fiancé and I just moved to San Diego and we're planning a trip up to San Fran this summer; I was wondering, in your opinion; what's the best place to sit at for a Giants game? I'd like to stay around $20 to $50 bucks a ticket. I've toured the stadium before; but seeing it in February is a lot different then in July.

First step: Don't go to any games until someone texts you with something like "hey have an extra ticket to the giants game, you in?" Second step: go. It's worked for me for almost a decade now, and it's incredibly cost-effective.

Which is my fancy way of saying, I'm kind of out of the loop on prices. I took my wife and two kids in 2013, and I think I'm still paying it off. Pretty sure the bleachers are in your price range, though, and as long as it's not a Dodgers game, it's not bad at all. I've seen about 100 games from there, and enjoyed myself tremendously.

If you're cheap and not poor, though, splurge for good seats. C'mon. You're from out of town. Get in that vacation mindset.

What the frack do I do with my panda hat? Tar and feather it? Set it on fire then pee on it? Send it to Boston with exed out eyes and pins stuck in its ears? Mr. Sandoval cut me deeply when he abandoned our Giants and the fans who always supported his fat ass. My husband says to just give it to goodwill but I don't think they've done anything to deserve it. At least I have a giraffe hat to keep my ears warm on cold game nights. But if Belt ever leaves us his hat will be burned in effigy to the baseball gods.

Donate it to people who need warm hats!

Who would win a Royal Rumble - type "fight" among the players on all of the three World Championship teams?

Huff and Burrell would get tossed out of the ring early so they could go party. Freddy Sanchez would get hurt. Cody Ross would just smile a lot, and Andres Torres would run around saying hi to everyone. Can't go with 2010.

Hunter Pence seems like a berserker, but he's not an advantage against 2014, just 2010. Marco Scutaro would get hurt. I'd take Jake Peavy over Barry Zito in a wrasslin' match, so I can't go with 2012.

Michael Morse would basically come in the ring and do this:

Except there wouldn't be surfing elves to shoot him. It would simply be carnage.I miss that Morse guy already. 2014 takes it.

What is your favorite flavor of lollipop?

This is a bad question. Favorite beer would have been something, as would my favorite scotch and/or bourbon. Favorite movie? Favorite way to prepare chicken? There are all sorts of mysteries about me.

How many flavors of lollipops are there? There's red ... green ... purple ... those aren't even flavors. You just jab the sugar disc into your mouth and care about the flavor later, if ever. Favorite kind of lollipop. Jeez. Who knows that off the top of their head?