The Giants lost one more premium free agent than they signed. There's at least one good thing about that.

Share All sharing options for: Giants picking #18 and #31 in first round of 2015 MLB Draft

The 2015 draft order is set, and the Giants are picking 18th in the first round. That's the highest the Giants have picked since ... well, last year, when they picked Tyler Beede. Still, it feels like something of a gift for the Giants to pick in the middle of the first round, considering how the 2014 season ended for them. It would have been nice if they had picked up a premium free agent or two, but this isn't the worst consolation prize.

The point is that the Giants are picking 18th in the 2015 draft, and that might be a good thing. Here are some lists for you.

It's underwhelming until you get to Gray, then it starts getting more impressive. Seager is going to haunt the Giants for years, most likely, and Anderson might as well. It's important to note that when teams with horseshoes up their bottoms, like the Cardinals, whiff on a draft pick, he still ends up winning a postseason series for them. That's the kind of dumb, blind luck the Giants should expect now. It's a state of mind.

And, considering that Dickey doesn't even count, here's why folks weren't bugged by the idea of giving up a draft pick to sign James Shields. To be fair, that list is based on what the players did in the majors, but it's worth noting that Kyle Drabek helped the Phillies get Roy Halladay and that the Dodgers could trade Corey Seager for Cole Hamels right now. There are other ways to get a return on investment.

Still, don't stare at that list too long. It isn't exciting.

The Giants' history at #18 overall:

Back in the early years of the draft, teams screwed up a lot. If drafting is an inexact, confusing science right now, it's more like hydrodynamics -- inexact and confusing, but there are are least some things we've all figured out. Drafting back then was more like primitive cosmology, though, with people arguing over whether the stars were pinholes in the sheet covering the universe or the dandruff of a very dry god.

Rader was the best of them, and I remember him because of this:

I had that! I had it, and I didn't even realize how good Jim Barr was for the Giants for a few years. I guess the important thing now is to wish Barr a happy 67th birthday. Happy birthday, Jim Barr!

Rader would have a nice career if not for the injuries. It was a tough gig, replacing Dick Dietz, and Rader never lived up to the second-place Rookie of the Year finish in 1972. He was traded in a deal, though, that brought back John Curtis, who occasionally looked confused on his baseball cards. 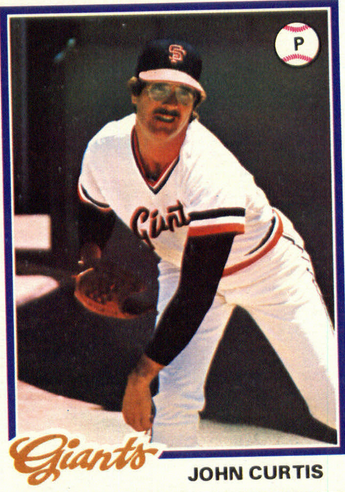 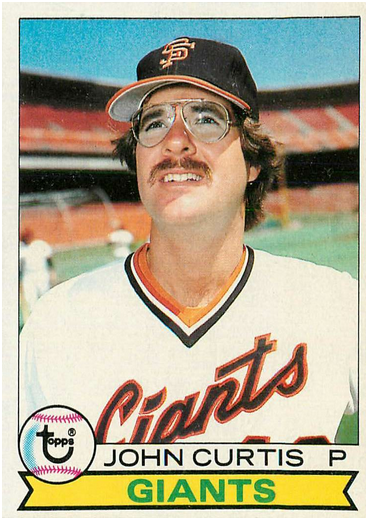 So it's not all about "career WAR," you see. There are other benefits to drafting baseball players.

The other good news is that the Giants are also picking #31 for losing Pablo Sandoval. The best players in history drafted #31:

So there are some things to look forward to, you see. Will the Giants draft the next Greg Maddux or Kirt Manwaring in June? I don't see why it can't be both, my friend. There are silver linings to this offseason, after all.