On the whole, I preferred the experience of this game to last night's.

The formerly okay Edwin Jackson took the mound, and the onscreen graphics proclaimed him terrible. Say, thought the professional baseball writer, what happened to that guy?

I should look his season up on Baseball-Reference.com and see what's going on.

Wow. Wonder if this is going to be one of those Brandon Backe situations, in which a bad pitcher suddenly finds himself cured against a struggling lineup.

The Giants ran into a bad pitcher having a bad game, and they did bad things to him. Good. That's what's supposed to happen. I swear, though, I don't remember situations like this, games set on a tee, over the last two months. I don't remember thinking, "Oh, good. This guy." more than once a month. Maybe that's just a perception thing, or maybe there are just more quality starters in this wacky world, and that's why we're closer to 1968 than 2000 when it comes to offense. Dunno.

But I'll take it. More struggling pitchers, please. It's so much fun to watch. Just note that the Edwin Jacksons of the world have been expunged from the playoff teams by now, so don't get too excited about what the Giants face might be lucky enough to face in the future.

Tonight's enough. Remember that time the Giants sent all nine hitters to the plate in the first inning and you never really felt nervous about the game? That game from right then? Right over there? 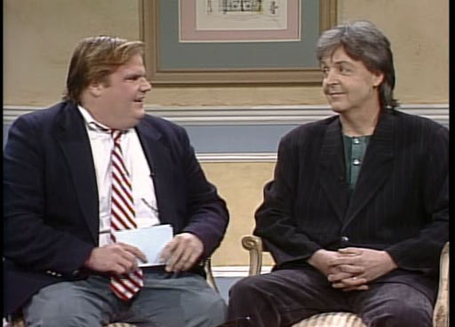 He's comforting. He's not a nice bottle of Old Potrero like he used to be, but he's not the bottle of Sauza with a thumb in it that you already had in the liquor cabinet in case of an emergency. He's just straight vodka. No better, no worse. He'll get you through the night. He'll mix with good things and bad things. He's tasteless by design. He might come in a bottle that bounces or shatters, no matter. He shouldn't be the problem, either way.

I'm getting used to the idea of Jake Peavy on the Giants. Each day they march toward a scenario in which they don't screw this all up, I'm more excited that he's there to not screw it up with them.

You'd think the last three years would have cleansed those feelings. Nope. Villanueva still brings them back. Sorry.

Joe Panik in a lineup would have made me feel better. Him in there, swinging without apparent pain, why, that's a delightful story. Even if he popped five balls to the third baseman, it would have been a good story. 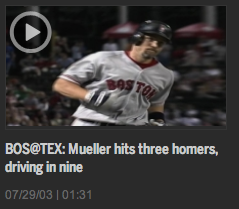 Ha ha, wait. I should have eaten only half of that cookie.

It comes at a cost, of course. Brandon Belt probably won't be back this year, and concussions are freaky enough to worry about more than that. In the moment, though, Ishikawa making a great defensive play or roping a single ... it reminds me of when the Giants' hopes rested on a couple of these guys coming through. Even though he wasn't one of the guys, at least long term, he's still a part of the wave of players that did that thing back there, that very welcome thing.

Ishikawa is one of the best parts about watching Giants baseball right now, when he does good things. That last part is important. The odds suggest he's not going to do those good things all that often. But when he does, it's quite the rush of adrenaline. He's that guy. Remember that guy? I do. He was fun. When it worked. So root for it to work some more.