The Giants, Chase Utley trade rumors, and you

Share All sharing options for: The Giants, Chase Utley trade rumors, and you

Chase Utley is not your favorite player. You remember him from 2010, when he had words with Jonathan Sanchez. You remember him from baseball games when he looked all smarmy. And he recently topped Sports Illustrated's list of "Most Slappable Baseball Players," or something like that. He's also going to be the best second baseman on the trade market, and the Giants and Dodgers can both use an extra infielder.

Baseball's peerless sage, Peter Gammons, has thoughts about Utley and the NL West.

"A general manager said to me that he thought the National League would be decided by whether the Dodgers or the Giants got Chase Utley," said Gammons

That ... that makes a lot of sense. But what would the Phillies be interested in?

"In terms of Utley, again, to me, he is the model player, but a team like the Giants, every scout I've talked to tells me they might have the best pitching in Double A of any team in baseball. If you get three pitchers for Chase Utley out of that Giants organization, you have a chance to be -- two years from now -- restore that pitching to where it should be."

The Giants do have some super pitchers in Double-A. In 10 years, we'll know which ones were pyrite and which ones were gold, but I don't think it's crazy to start thinking about leveraging some of that depth for a midseason trade. The biggest problem I have with that, though, is that most of those pitchers are having confusing-to-disappointing seasons, and without Kyle Crick, the Phillies would need quantity in addition to quality.

Because we're not talking about Kyle Crick, right?

Please tell me we're not talking about Kyle Crick.

Though considering Crick's serious control issues, it's probably not smart to assume he's anything more than a raffle ticket. And, really, what's the worst that can happen when you trade a live-armed top prospect for an aging player with knees filled with oatmeal? 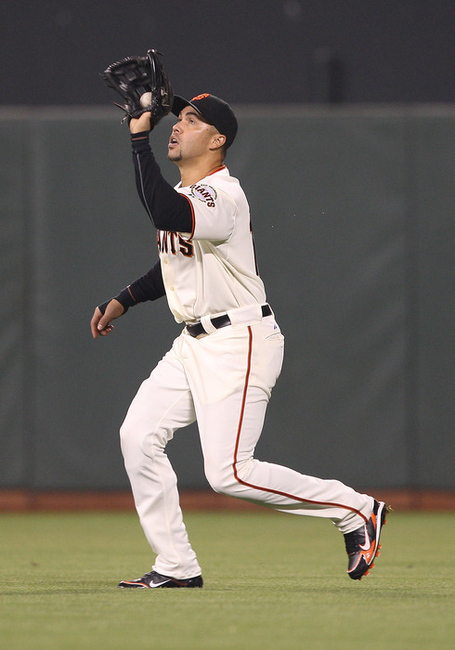 Right, right. But I do know a couple of things:

The Dodgers/Giants dynamic is interesting, too. You're not going to believe this, but Dee Gordon stopped hitting. The Dodgers are probably interested in Utley. Everyone knows that a deadline deal adds only a win or two -- at most -- in the best-case scenarios. But in this situation, that win or two goes straight to the closest team in the standings. He's more like a four-win player*.

*This is not true.

Still, the Dodgers' interest would put a little more pressure on everyone. Then you get to Utley's contract, which isn't bad. It isn't bad at all. He's due $10 million next year, with a series of three vesting options that kick in with 500 plate appearances. If he stinks or gets hurt, the option doesn't vest because he doesn't play. If he plays, that means he's healthy and productive, and the $15 million options would be reasonable for a player like Utley.

That's swell, but it also means that the Phillies will expect more. This isn't a give-us-something-because-it's-our-only-option deal. They're going to be looking for serious prospects.

Also, I didn't know this:

Maybe opening the window-getting a peek at who Chase Utley really is-isn't such a good idea. But he agrees to have lunch with me in San Francisco, where he and Jen and 16-month-old Ben live in the off-season. So I head west.

Would be odd to see Chase Utley milling around San Francisco. I'll bet he hardly gets recognized at all -- too counterintuitive to see him there. This also probably is a hint that Utley would waive his 10-and-5 rights to come here.

The Giants could also offer Andrew Susac, which may or may not be a big deal to you depending on your best guess at Buster Posey's career path. There are probably a bunch of permutations that could get it done. But the Phillies have a lot of leverage. Plus, they're a silly franchise. You never know what they're going to want. They might ask the Dodgers for Brian Wilson and Brandon League to make sure the bullpen is sound before anything else.

There are probably going to be rumors about starting pitchers over the next two months, too, but this is the rumor that I think we'll hear the most about. This will be the Freddy Sanchez or Hunter Pence, the player that makes so much sense, you wait for it to happen. The difference is that he's that same player for the Dodgers, too. I'll let you know in November if this is a good idea for anyone.

But I sorta want Chase Utley. Because I'm greedy. And I'm noncommittal about what I'd give up for him, because I'd probably give up a lot. I wonder if the Giants would even touch the contract, to be honest, but he seems like a player they'll be heavily interested in for the next two months. Keep your ears to the watchstone.

These were all comments left under the original CSN Philly article on Gammons's comments:

But what if we don't trade Utley to another NL team? What if we trade him to the AL? Then what, huh Gammons?

b4 the TIRED OLD Ryan Howard contract comes up for the 1902381923192012 time... he actuallty is NOT the problem this year... he is producing... Chase is producing... Jimmy is producing... Byrd is producing.... its the rest of this Dreck on the team. This team was DEAD when it got rid of Victorino... His Loss is bigger than anyone realized. Now u got poptart arm Ben Revere out there looking like a clown.