Share All sharing options for: Don Zimmer, baseball institution, passes away at 83

Don Zimmer must have been well-liked. I didn't know him, but that's an educated guess, considering at how many organizations welcomed him in. The blurb up there gives you something of an idea, but every year, there was a team that thought, yes, we would be better off as a franchise if we paid this person to provide ... something for our team.

It's easy to guess what that something was when he was asked to manage at his four stops. He was supposed to win, and in 1975, Carlton Fisk almost helped Zimmer become a Red Sox icon on that front. Everywhere else, though, he was asked to be a coach or advisor. He's been with the Rays for the last few years because they wanted him there. He must have been something.

You're reading about this here because Zimmer was the third-base coach for the division-winning 1987 Giants. As I kid, I used to stare at this card: 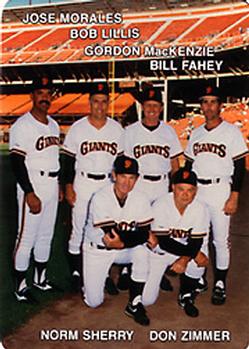 They were the puppetmasters, those guys, and it fascinated me. I was kind of excited to get my picture taken with him in '87, like any burgeoning baseball nerd would be.

He went by Popeye and The Gerbil, but he wasn't always a Popeye or a Gerbil. 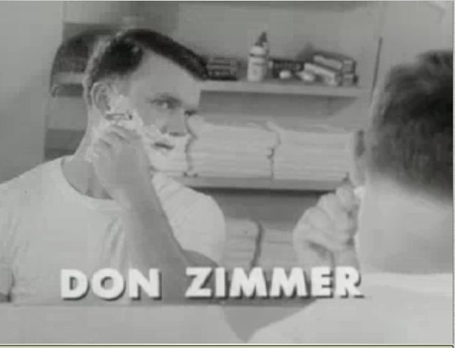 Considering his longevity at the position, I'm guessing Zimmer wasn't the greatest Giants third-base coach in history. But they won a division with him, and they were a Candy Maldonado dive away from a pennant, possibly. All I know is that half the teams in baseball let him wear a uniform, which probably means he was a neat feller who had a lot to offer baseball. The Giants were one of those teams.

It's going to be weird not seeing him in one uniform or another. He was always supposed to be with an organization, dang it. Rest in peace, Don Zimmer.