Tim Lincecum's no-hitter was great, and you're annoying

Not you. The other guy.

Share All sharing options for: Tim Lincecum's no-hitter was great, and you're annoying

You are still happy. Tim Lincecum threw a no-hitter. The USMNT won because they lost but not by that much. Mostly, though, you're happy about the no-hitter. Eight years ago, the Giants used a first-round pick on an undersized pitcher, and now he has two no-hitters, two championships, and two Cy Youngs. For perspective, Juan Marichal, Hall of Famer and greatest pitcher in San Francisco Giants history, was fortunate enough to get just one of those.

So you're happy. Watch a video of it again? Sure.

1. Whatever, man, it's just the Padres

They were still overwhelmingly likely to get a hit. 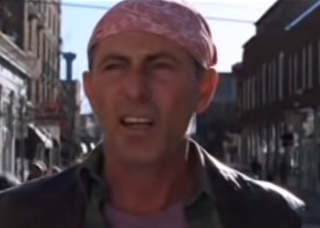 Catchy, I know. But that's why no-hitters are so danged rare -- Lincecum's was the 285th in the history of baseball. There have been approximately about 206,000 games in baseball history. Every 1,000 games, give or take, there's a combination of talent and luck that results in a no-hitter. Assuming the Padres are really a .200-hitting team, meaning they're likely to get a hit 20 percent of the time in every at-bat, they would have a 1.3421773e-19-percent chance of not getting a hit against an average pitcher. That's not even a number. It's just what my calculator spit out after .227 broke its robot brain.

There might not be a likelier team to get no-hit than the 2014 Padres.

It's still incredibly unlikely that 2014 Padres were no-hit.

Both can be true. That doesn't mean we don't celebrate the second one.

/leans in and whispers

... hasn't been good for a couple years, now. This is not up for debate. The Giants have paid, and are paying him, many millions to be one of the worst starting pitchers with an extended spot in a major-league rotation. Bringing this up now, though, is like someone bringing up your SAT scores at your wedding. You sure screwed up back there, but ... we're here to celebrate? Why are you being weird?

No-hitters are baseball. It's the unlikely mixing with the predictable, the observable mixing with the intangible. Predicting what will happen in October baseball is pointless because there are a trillion variables that can screw everything up. At the end, though, there's a talented team that had a plurality of the variables break their way. That team will be celebrated.

It's nice to see Lincecum get hitters out with his current arsenal of pitches. It doesn't mean anything about four days from now, other than we're a little more hopeful that there's another stage coming with Lincecum's evolution into a finesse pitcher.

That stage will probably never arrive. But even if you ignore the long term completely, you can celebrate the event. Pitchers try to prevent hits. For two hours and 37 minutes on Wednesday, Tim Lincecum prevented hits better than almost any other pitcher in baseball history. Roger Clemens never had a no-hitter. Greg Maddux never had one. Lefty Grove, Steve Carlton, Don Drysdale, and Grover Cleveland Alexander never had one.

Lincecum has two because of a combination of fortune and talent. It doesn't matter which major-league team it happened against, and it doesn't matter what his ERA has been over the last two-plus years. It happened. Get a glass of something, and let's toast.