The Matt Williams/Jeff Kent trade, with the benefit of hindsight

The Nationals' manager gives us an excuse to revisit a trade from a long time ago.

Share All sharing options for: The Matt Williams/Jeff Kent trade, with the benefit of hindsight

Let me address all of the students in here, first. The young people. You think you're having fun now, a young baseball fan, but in 20 years, you'll be on the mindnet mindchatting with young baseball fans who have never heard of Joaquin Arias. It will happen to you, and you will feel bad. Don't get so cocky.

This comes up now because the Nationals are in town, and their manager was traded by the Giants in 1996. Here's what Google looked like in 1996:

Here's what Yahoo! looked like when Matt Williams was traded for Julian Tavarez, Jose Vizcaino, and Jeff Kent: 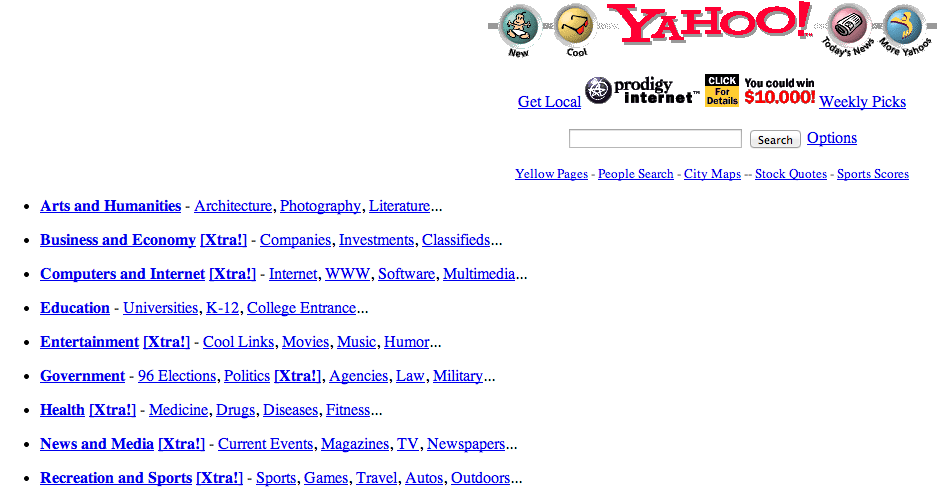 Point is that trade was a long time ago. The larger point is that the GM back then is still the GM. When the trade happened, Brian Sabean was literally told to jump off the Golden Gate Bridge.

Still, Sabean admits that trading Williams was the toughest baseball decision he has ever made, one that caused him three sleepless nights before the deal was consummated.

Yet he's still around. The entire article is worth a read, especially with the benefit of hindsight. There was immediate validation for Sabean, the kind that lasts a couple decades.

Full disclosure: I was a Giants fan in 1996. I was not a smart Giants fan. I believe my first Usenet post was shortly after the trade, and I used it to bash the stats nerds who hated the Matt Williams trade. It's not like thinking about the trade took me to a dark place. It's worth revisiting the deal, though. It looks so much different 18 years later. Stray thoughts:

1. It was insane to think the Giants needed a retooling, not a complete rebuilding

Insane except for one thing: They had Barry Bonds. Sabean came in and realized the obvious, that the Giants had the best player in baseball, and that was a fantastic place to start. A rebuilding with Bonds didn't make much sense. It might seem obvious to you now, but there were probably more than a few executives who would have considered trading both Bonds and Williams.

When a 94-loss team trades away one of their most popular players, the expectation is that they'll get young players. Prospects. The youngest player the Giants got in the deal was Julian Tavarez, who was a year away from arbitration. Jose Vizcaino and Jeff Kent were both 28 and just a couple years from free agency.

It's amusing to guess at the prospects the Giants might have traded for. That was the offseason in which the Marlins went nuts for the first time, and they were in the market for a third baseman. They had Derrek Lee, Mark Kotsay, Alex Gonzalez, Todd Dunwoody, and Felix Heredia to offer. A Gonzalez/Dunwoody/Heredia deal would have been lauded at the time.

The Mariners were struggling through the Russ Davis era. They had one prospect in the BA top-100: Jose Cruz, Jr. It's possible they would have considered packaging him with Davis to get Matt Williams. Imagine that team.

Instead, the Giants traded for players closer to 30 to support Bonds. It was crazy. It was brilliant.

2. Jose Vizcaino was a good player

Not in 2006, when he was 38 and played several games at first base for the Giants, because just thinking about that makes me break collectible glass items around my house. But in the mid-'90s, he combined solid defense with just-enough hitting to be worth a couple wins above replacement every year. Sabean saw him as an undervalued commodity, and scooped him up.

There wasn't WAR back then, though. There wasn't a quick and easy way to say, "Here's an approximation of what this player is worth once you consider his defense and home ballpark." Back then, statheads loved to ignore defense entirely. Shortstops were measured by their on-base percentage, mostly.

Sabean was doing some sort of proto-WAR with his mind, then. That is, he was taking position scarcity, league averages, and defensive contributions into account. And when you did that, Vizcaino was a pretty good player.

(It's still weird that Rich Aurilia didn't get the job, with a prospect coming over in place of Vizcaino. Enrique Wilson, Willy Martinez ... there were options, man.)

3. It was absolutely time to trade Matt Williams

Maybe it's a matter of perspective, but I think the current fan understands the idea of rebuilding through trades just a little better. There's a little more acceptance of the idea that tough choices can lead to bright prospects. I have no support for this. Just a hunch. Back then, the rabble rabble rabble was because the Giants traded Williams at all, not that they traded him for players who weren't prospects.

But it was certainly time to trade him, unless you were being sentimental. I probably would have been sentimental if i were running this place back then.

4. Jeff Kent was rather underrated

This is the fault of Mets fans, who were quite mean to Kent. This led to a perception that he was a bust and a malcontent. Well, the second part was probably true. He's probably somewhere right now being a malcontent. It's how he's wired. But when the trade was made, Kent had been a valuable, power-hitting second baseman for three years running.

Armed with advanced stats from today, it probably would have been possible to argue that Kent was the better bet for the next couple years when contract status was taken into account. The incomparable Dan Szymborski was kind enough to run ZiPS projections for both Kent and Williams as they would have looked after the 1996 season:

Williams was projected to be better. Kent wasn't a slouch in comparison, though, and he was much cheaper. Considering that Kent played up the middle (and that Bill Mueller existed), the swap actually made a ton of sense once a starting shortstop and young, promising reliever were included.

Then Kent went nuts. But you knew that.

The Matt Williams trade led to division titles, an MVP, and a pennant. For years, the default line was that Sabean got lucky, that no one could have predicted Kent turning into the hitter he became. A sentiment echoed by Kent himself shortly after the trade:

"I know I can't go to all of the Giants' fans and ask them to like me, so instead I am driven by the fear of failure. I know I'm not a Hall of Famer, but I don't want to be second best to anybody ..."

But even if you assumed that Kent would keep doing Kent things, this was a sneaky trade that took a decade or two to really appreciate. Assume Bonds can make up for a lot of warts, acquire a new infield, ease in the young players without a lot of pressure, and acquire more pitching in the season if the need presents itself. Looks smart in retrospect. Looked crazy at the time.

What a fascinating deal. I don't think I have the stomach or heart for another one of those deals, but it's fascinating to look at this one.