Tim Hudson excelling at keeping the ball down

Share All sharing options for: Tim Hudson excelling at keeping the ball down

Two things you should probably know about Tim Hudson: 1) He's probably the best age 38 or older starting pitcher in baseball right now and 2) he's pounding the ever-loving bejesus out of the lower half of the strike zone. He's like a powered-up Mario wielding the hammer from Donkey Kong, but with sinkers and splitters and sliders, just mercilessly pounding the lower half of the strike zone.

In his seven starts, Hudson has simply been magnificent. He's faced 202 batters while walking three of them. That's a walk rate of 0.5 walks per nine; that's a walk percentage of 1.5 percent. By comparison, Barry Zito, the guy that Hudson is essentially replacing in the rotation, walked his third batter by the 7th inning of his first start in 2013. Hudson sports a 1.99 ERA and the retrodictors like xFIP (2.98) and SIERA (2.88) back up his excellence. He leads the team in FanGraphs pitching WAR (1.0), and no other Giant pitcher has pitched as deep into games as often as Tim Hudson has.

Hudson's command has basically been vintage Greg Maddux crossbred with a sinker-lobbing demon. Hudson pounds the lower zone with all his pitches and has rarely made mistakes up against hitters. Coming into 2014, Hudson had a career walk percentage of 7.1 percent, meaning that he's always been skilled at avoiding walks, but he's been a sight to behold this year. In no start has he walked more than two batters. He's walked zero batters in five starts.

If you take the following strike zone map courtesy of the really great Baseball Savant website ... 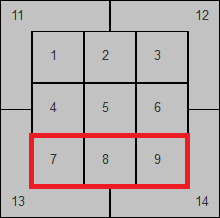 ... and look at all the starting pitchers in baseball that have thrown the most pitches in the lower third of the zone -- i.e, zones labeled 7, 8, and 9 -- Hudson ranks 7th among this group.

Hudson has thrown to that area of the strike zone 124 times. Justin Masterson, also known for his great power-sinker, leads the majors with 153 pitches in the lower third of the zone. But check out this list: Masterson, Wainright, Lee, Casher, Hernandez ... there isn't a bad pitcher in this group.

I tweeted something similar to this plot a few days ago, but here's the location of all the pitches that Hudson has thrown this year by pitch-type: 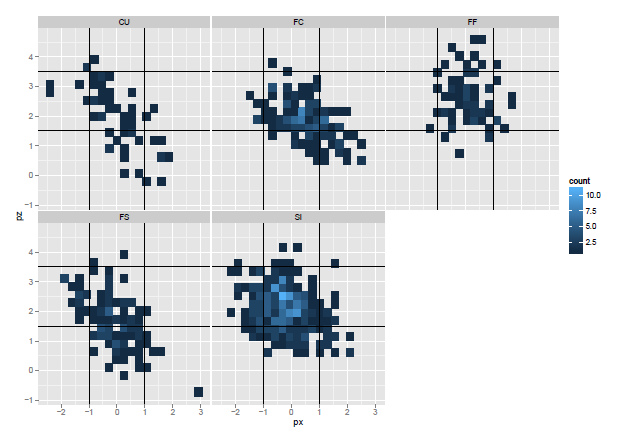 Hudson will elevate his four-seam fastball when needed, but across the board, all of his pitches are down in the zone.

It's hyper unrealistic to expect Hudson to pitch this well over the remainder of the season, but even if he takes a step back, he should still be a solid member of the rotation. His combination of pitch-selection and ability to keep the ball down in the zone is a major asset. Dan Szymborski's ZiPS projection system has Hudson throwing another 136 innings in 2014 at a 3.25 ERA.

Even when you factor in the Giants' park and other things like that, Hudson is an above-average starting pitcher that, in fact, is getting paid just like an OK player and not the above-average player he is. The Hudson signing is shaping up to be one of the best bargains to come out of the last crop of free agent signings. Kudos to the Giants for realizing that a player might be undervalued because of his age and injury and then swooping on said player with a reasonable deal. It was a good move then, and it's shaping up to be an even greater move now.