What's going on with Pablo Sandoval?

Share All sharing options for: What's going on with Pablo Sandoval?

If not in the comments, then on the main page. It’s been that way for years. Generations of Brisbees, all raised to make excuses for Pablo Sandoval. Even when he’s shaped like a dirigible and hitting .180, I will be right here, explaining away my reasons for unfounded optimism. I say this not as a point of pride, but just so you know what you’re getting into. The bias runs deep, probably because he’s the first star hitter the Giants developed since Matt Williams. He will forever have my personal Letters of Transit for that alone.

For example, this was a swing that made you throw things at your TV on Monday night:

This was a swing that could have made you hug a stranger. 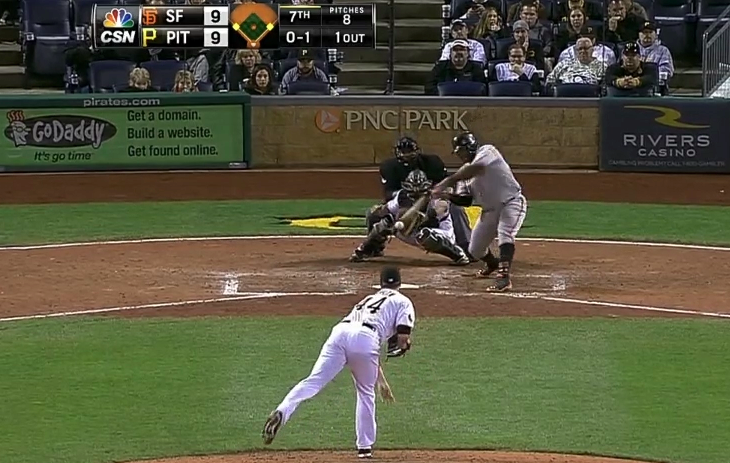 And Posey did this: 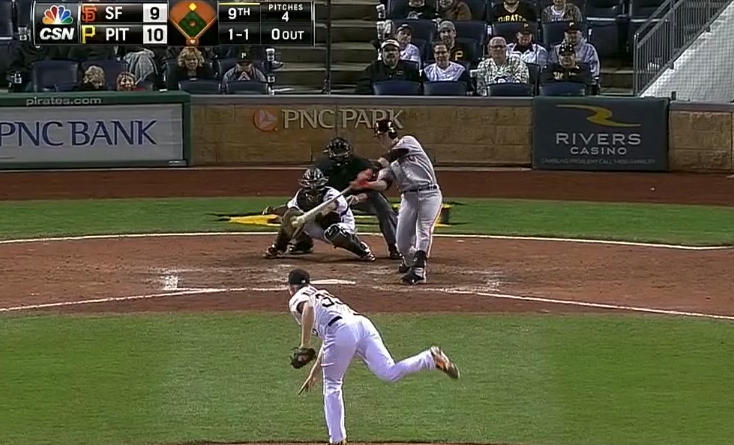 The difference? Pablo had the better pitch to hit, and he didn’t put the worst swing on it. He missed it by millimeters. Posey was off balance, lunging toward the late break of the pitch toward the outside edge. He weewillied it to right, hitting it where they ain’t. One is what happens when a screwed-up hitter gets a pitch to hit, and the other is what happens to a normal hitter in a normal stretch. So is Pablo screwed up, or is he just unlucky? It doesn’t have to be an either/or situation. Both can be true. And it often seems like both are true for the most messed up of hitters. Think about Brandon Belt’s April last year, in which he was both messed up and unlucky. He didn’t knuckle under the pressure.

When Sandoval was still good

It was fun to write about how different he was.

When Sandoval was still good

Except, I’m the official Pablo Sandoval apologist, so what I did was look for Sandoval’s worst slump in each of the last five years. The reason? To make myself feel better and remind everyone that he’s always been streaky, just not with endpoints that are so easily defined.

There was a broken bone mixed in, too. This slump was buoyed by four home runs, even, making it analogous to Belt’s last three weeks, in which even dingers can’t help the overall numbers. This was also the only major slump of Pablo’s in which BABIP could conceivably have been a factor.

When Pablo slumps, the contact disappears. It’s especially notable because Sandoval at his best is a marvelous contact hitter, one of the best in the game. He’s always had the Vlad-like ability to hit pitches that slip out of the pitchers’ hands and bounce on the rosin bag, which made him impossible to pitch to. That’s when he’s going right. When he’s going poorly, pitch him anywhere; he’ll probably miss it.

One of Sandoval’s two legitimately great seasons, and as expected, the slump didn’t last long. Note, though, that it came after the relatively miserable 2010, and people did freak out just a tidge.

The grandaddy of all Pablo slumps. This one moved him from an MVP candidate to the bench, and the Giants’ postseason hopes were clearly doomed.

This was another MVP-like year, so the stretch wasn’t so long. Still, it wasn’t much different than the current stretch, as far as duration. He was messed up, and there was concern that 2008 was a mirage, considering he didn’t even start that season as one of the Giants’ 30-best prospects, according to Baseball America.

This isn’t supposed to prove anything, other than that Sandoval can get streaky, which you knew. But it’s also supposed to point out that the reason we’ve been high on Pablo in the past, the reason he’s burdened with expectations, and the reason why his role on the team and in the lineup has never been in question since 2010 is that he surrounds these awful stretches with white-hot stretches. We're talking three-dingers-against-Verlander hot. That’s what streaky hitters do, especially a guy like Sandoval, who a) switch-hits and b) has a ridiculously unorthodox approach to hitting. He’s going to fail. He’s going to succeed. The hope is that he succeeds more than he fails, which is a hope that’s worked out for the Giants more often than not over the last six seasons.

They need to be patient again. They will be. But if fans could share that patience, it would be a little bit less stressful for all of us. He’ll be fine.

Pablo Sandoval has forsaken us