The complete history of Twins/Giants relations

It's serious business, this Twins/Giants rivalry.

Share All sharing options for: The complete history of Twins/Giants relations

And then there's the point in the season where there's a random interleague matchup that makes you think, "What in the absolute hell am I supposed to think about this team?"

Now what in the absolute hell am I supposed to think about this team? The only idea I have is to list every possible thing I know about the Twins as they relate to the Giants. That way, there doesn't have to be a beginning, middle, and end for a story that doesn't exist. Here is the complete history of Twins/Giants relations.

Yup. This is 1., 1a., and 1b. - 1z. Eleven years ago, the Giants traded Francisco Liriano, Joe Nathan, and Boof Bonser for A.J. Pierzynski, who is a rash in an unreachable spot. This trade set the Giants back a few years, and it especially stung when the Giants' 2004 season was ruined by their awful bullpen, while Joe Nathan was busy embarking on an All-Star career.

Again, he was a reliever with shoulder problems a year removed from a 5.60 ERA in Triple-A. You trade high on a player with that profile every time. Him and the sore-armed teenager who can't crack 80 innings before getting hurt. For an All-Star catcher? Every damned time.

The Oral History of the Giants/Twins rivalry

This thing goes back at least several years.

The Oral History of the Giants/Twins rivalry

Second, the Twins got the bad karma. They traded Carlos Gomez for one lousy year of J.J. Hardy, then traded Hardy for a garbage bag of AOL free trial CDs. In terms of raw WAR, that was much worse than the Pierzynski trade.

There were whispers of "Is Bumgarner broken?"  No, he was probably just tipping pitches. Or, considering that he throws the same pitch most of the time, just one of those days. It scared me enough that I resorted to Gameday screencaps to ease my mind.

3. Kevin Correia is on the Twins

4. The Giants drafted Aaron Fultz, then sent him to the Twins for Jim Deshaies

And the Twins gave you A.J. Pierzynski.

Are you fired up yet? You should be. The Twins are dicks.

Seems like something I could talk to a Twins fan about. It's a weird autograph.

On that note, here's every hitter to get 500 at-bats in their Giants career who also played with the Twins:

I forgot about Speier. Here's every pitcher to appear in 30 games with the Giants and also play for the Twins:

You didn't need to know that.

7. The Giants and Twins have played exactly nine games against each other

That's exactly eight games more than I remember. In the first game between the two teams, on June 3, Barry Bonds entered the game with a 1.118 OPS. Then he got hot and finished the season with a 1.136 OPS.

8. If Candy Maldonado makes that stupid catch, the Giants win in the 13th, then move on to beat the Twins in the 1987 World Series, 4-2

Just wanted to irritate the old people around here.

Imagine if the Giants won the World Series, though. Would AT&T Park exist? Don't see why it wouldn't, but that's a mighty big butterfly flapping its wings. Maybe there would have been enough support to get this baby off the ground. 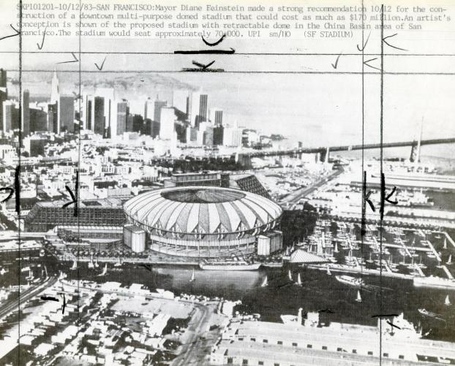 So, uh, thanks, Candy. You're kind of the best.

That's all I got.

I forget about the Twins for weeks at a time, to be honest.