Two decades of Aprils, one graph

Unless it's a chart. I don't know, someone made it for me.

Share All sharing options for: Two decades of Aprils, one graph

There are two truths of San Francisco Giants baseball in April over the last two decades:

The first point surprised me. I don't remember this team having so many decent-to-good Aprils. They've been over .500 in 12 of the last 20 years, so it's not like they've been a Yankees/Braves juggernaut the entire time. For whatever reason, they delight in giving you hope for a month before they decide if they're going to ruin your summer (or be hella cool in the fall.)

The second point didn't surprise me, considering Beyond the Boxscore just told us as much. But enough blabbering about the April numbers. Here, look at them. 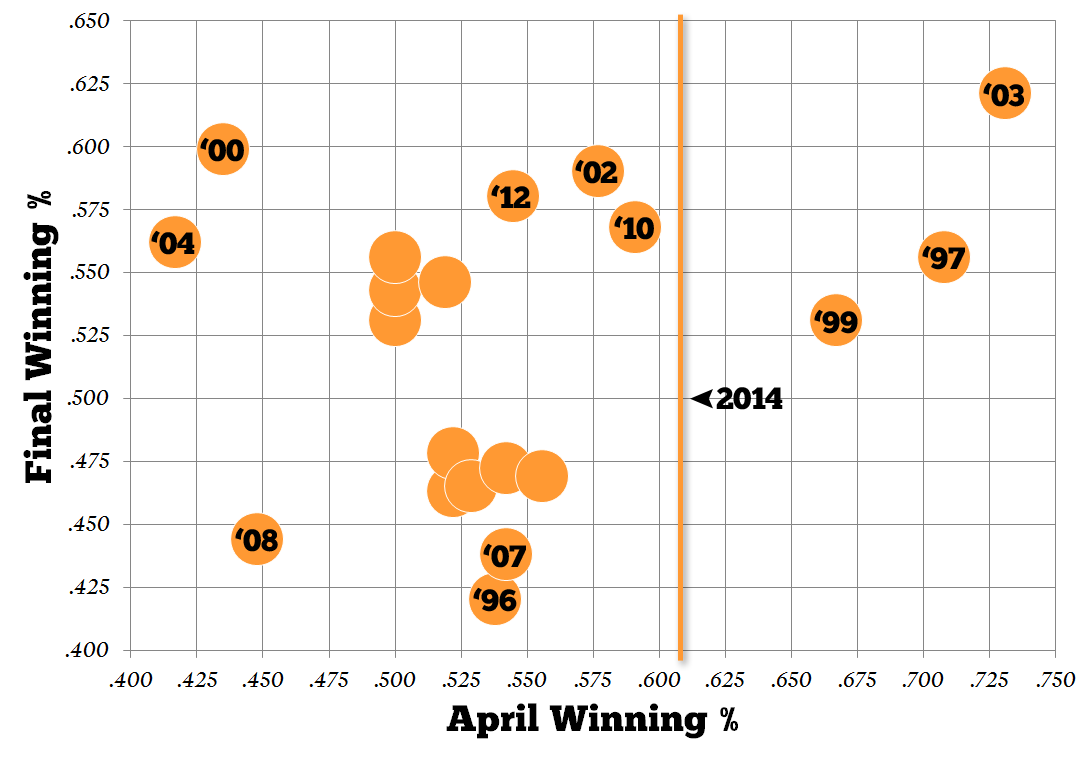 The Giants are off to their fourth-best start in the last 20 years. Even if that isn't as predictive as you'd like it to be, it's not like they have to give the wins back because they're not super-predictive. Hopefully, they're more '97 than '07.