Will he rebound after his first poor season? Of course he will.

He isn't even 30, you know. He's the same age as Brandon Morrow, and people are still waiting for that guy to have a breakout season. Yet this is the 10th season we've had the opportunity to cheer Cain on. The 10th season, you old goat. It's been an almost universally positive experience. We had "Where did Bumgarner's velocity go?" scares and "What's wrong with Timmy?" and seven years of "I'm not sure if we're going to see Zito's Cy Young form again, guys," but Cain never faltered. He never toyed with our emotions; that was the job of the hitters supporting him.

Then came the first half. Finally, our first Matt Cain scare. His velocity was fine. He was striking batters out, and he wasn't overly wild. He looked like the same Matt Cain. Sounded like the same guy. I can't personally attest to the other three senses, but we can extrapolate there wasn't any funny business going on there, either. Yet the dingers kept flying. The good news is that Matt Cain has 80-grade Home Run Face. 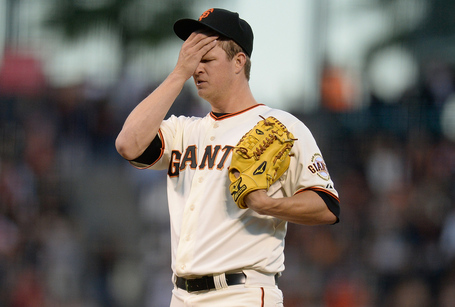 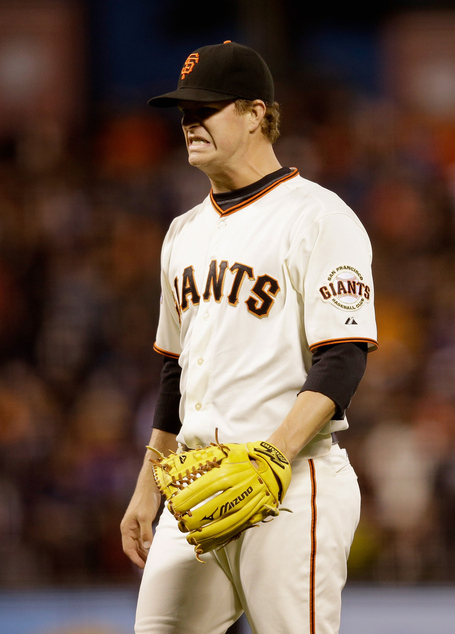 My photo tool is filled with those things, which is a total lemonade-out-of-lemons delight. But I'll be honest: I'd prefer him not make those faces ever again. Bold stand, I know, but I mean it.

Dingers are why you either believe in Matt Cain or why you think last year was the new norm.

Either the 1,600 innings that came before and after that first half were misleading, or the first half was a fluke when it came to home runs. Or, perhaps, the first half was a new level of performance that we should expect, and the second half was the fluke, obscuring us from the real Matt Cain. I'll pick the first one, on behalf of both logic and sanity.

There were also the Cardinals games, in which Cain gave up 16 earned runs in two separate innings -- a fifth of his season total. Think about how crazy that distribution is. In a season in which Cain got about 539 different outs, a fifth of his earned runs came in two different stretches of three outs. Maybe the Cardinals knew something, and Cain was tipping his pitches. Or maybe it was one of those things, a series of coin flips that isn't going to happen again. Maybe it was the equivalent of a bat hitting a ball three times in one swing, to put it in terms that both Giants and Cardinals fans can understand.

I don't see any reason to think Cain is different. All of the supporting statistics and physical indicators hint at the same pitcher. This will be season 10 of an already brilliant career. Some pitchers have been lucky enough to enjoy a career that's twice as long. If there were ever a pitcher I would choose to have that kind of luck to go with their talent, it would be Matt Cain. I kinda like the guy. Not going to lie, I'm possibly attached to the idea of him being good.

On June 4, 2002, the Giants beat the Padres, 3-1. Kirk Rueter pitched six innings of one-run ball, even though he didn't strike a single batter out. Shawon Dunston was the leadoff hitter. Barry Bonds -- wait for it -- walked twice. And in the middle of the television broadcast, there was a little snippet about the Giants' draft, like there always is. It usually comes in an on-screen graphic before an inning or during a pitching change, and it's a service for the fans. Here's what happened in the draft. Be interested, even though you'll never see this high school kid, most likely.

A dozen years later, we're still expecting that kid to be excellent.

People keep asking how I can be optimistic about the Giants' chances this year, even though Tim Lincecum and Ryan Vogelsong aren't giving off ace-like vibes, and Marco Scutaro's back is a moist Chick-O-Stick. There are a few reasons, but today we're here to celebrate just one: Matt Cain.