The wonder of Willie Mays and Willie McCovey, as told through old newspapers

And yet it's Ryan Theriot who gets to score the winning run of a World Series.

Share All sharing options for: The wonder of Willie Mays and Willie McCovey, as told through old newspapers

I was recently playing around with Google's newspaper archive for something unrelated, and when I got bored, I started entering Giants players into the search engine. For example, did you know that Madison Bumgarner didn't start with FFFFFFFFFFF face? He had to work up to it: 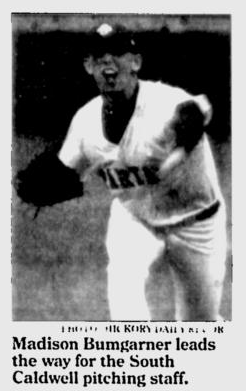 No, he had Panicked Yodel face before FFFFFFFFFFF face. It takes the wonders of Google Microfiche to help us discover that.

The problem is there weren't a lot of great results for current players. Sure, there was Tim Lincecum signing his letter of intent, but not much else. The newspaper archive seemed to work better with older players.

Let's take a spin. Here are some of the things I learned about the two Willies:

Willie Mays has dropped a fly ball for an error. Why 10 years ago he did the same thing.

Neyer would have shaved my head if I used the "has dropped" construction, by the way.

2. Not everyone was intimately familiar with him: 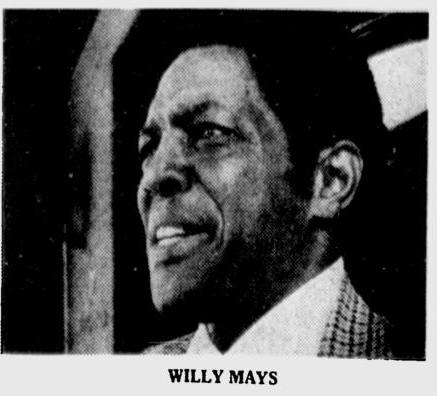 3. Everyone was pretty aware that Mays was a god and should be treated as such:

The pitch hit (Mays) in the small of the back, and the pitcher, Don Sutton, looked on in horror as if he had just thrown a dart through the Mona Lisa or cracked a statue of St. Francis with a rock.

Pitchers are supposed to stand there with a sneer when (they) plunk a batter. The more he writhes, the more unconcerned they're supposed to look. Don Sutton ran up like a Red Cross nurse. The crowd -- a Dodger crowd, mind you -- booed him. Some thought they should arrest him.

That whole article is a good read. Dig that late-'60s style.

4. People were, and generally continue to be, awful

"I'm just a union working man and I'd never get another job if I sold this house to that (black) ballplayer."

That was 1957. They split the atom before learning that Willie Mays gets to live on your face if he wants to.

5. There was performance-enhancing scandal! 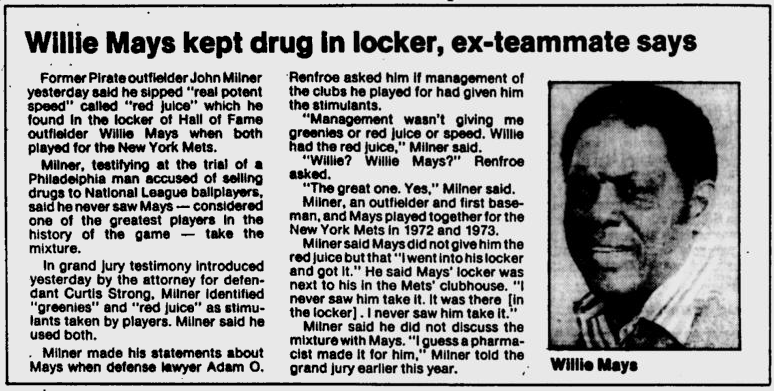 The difference is that Barry Bonds used illegal stuff that was harmful in order to improve his performance. Apples and oranges, really. Has nothing to do with competitive spirit and human nature; it's a morality question.

6. Mays and Orlando Cepeda exchanged punches according to proto-TMZ:

Willie Mays' "Mystery-illness" which was listed as "always bein' tired" was the result of devouring sixteen hot dogs at one luncheon before a game ...

"That's not the reason," reported a coaster. "The buzz is that Mays and Cepeda had it out, and 'Willie got decked".

There are about 43 things I want to edit in that passage. Mostly, though, I want to hear about the hot dogs.

1. He was a rookie curiosity and movie fan.

"Ah likes it here," says shoot-'em-up fan Willie McCovey, "because Ah can take in three movies a day and not run out like in Phoenix."

Also, people sure were/are awful. That is, assuming the "Ah" was a race thing. Maybe it was just a drawl thing. Every article back then referenced his laconic speaking pattern, so maybe it was just related to that.

2. People used to be really weird about him:

After two seasons of depicting him as San Francisco's No. 1 villain, fans are suddenly realizing that Willies newly-found .308 batting average isn't hurting the offense, either.

The whole thing reads as something trying to justify McCovey's existence. It's fascinating.

3. No, really, really weird about him:

Willie McCovey, an overnight major league sensation just one year ago, is back in the minors today -- far from the jeering San Francisco fans who once adored him.

He was the Brandon Belt of his time!

4. Players were, wait for it, not as highly paid:

McCovey accepted terms providing what the club called a "nice increase" after conferring with Charles (Chub) Feeney, Giants vice-president. The 1963 salary was estimated in the $18,000 to $20,000 range for the lanky McCovey ...

5. The sub-heading "Aids Hurting Tootsies" was actually used in a newspaper. Seems like that should cross of a word-salad-bingo card for someone.

6. McCovey has more sense than Mays:

Big Willie nibbled on one hot dog during the hour-long contest ...

Hot dogs are made from Lasorda jowls and tires, so McCovey did the right thing. Also, I kind of want a hot dog right now ...

There's still a lot more to dig into, but mostly I wanted to present you with that Bumgarner face. Look at the li'l feller! So young, so screamy.