I mean, you tell me.

Share All sharing options for: Giants walk off, Lincecum good?

Yes, that headline is supposed to have a question mark. It's supposed to be read with an "I'm Ron Burgandy?" inflection, because Tim Lincecum gave up two runs in 4⅓ innings, which is the most ambiguous start possible.

He cruised through the first four innings (good), but allowed hard hits in the fifth (bad), walking one (good) and striking out three (meh) before Dan Runzler (probably bad, but we're all rooting for him down at the station), allowed inherited runners to score on a bunt single (whatever).

If it's a regular-season game, perhaps Lincecum finishes the inning with a couple strikeouts, and we get to cling to our "He was unlucky!" blankie. Or perhaps he gives up three more walks and a dinger for good measure, and it's back to the gnashing of teeth. And maybe, just maybe, it's the spring and he was working on crap or whatever something something nobody cares oh god it's only the 12th.

After this comes April. You can't tell anything by what happens in April.

After that comes May. You think you know something, but you probably don't.

Then there are four other months, in which performances can alternate between good and bad. After the season's over, you can always use the term "down season" or "surprising year" to confuse yourself until the next spring.

Then you'll start keeping an eye on spring results because they're all you have, and you'll think maybe, just maybe, they mean something.

There weren't any radar readings, at least any that I could find on Twitter or Gameday. I'll assume 97 because I just watched this video explaining how Lincecum throws 97 m.p.h..  How does he throw so hard? 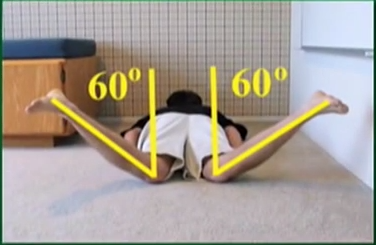 Because of that. The ol' prone double 60-degreer. Tell your kids when they're in little league, and they'll hit 97 in no time. It's basically physics. That's how Lincecum's back. He watched the video, too.

Lincecum didn't give up six runs on six walks. That isn't a sarcastic statement -- when Lincecum does poorly, it bugs me more than other pitchers, even in the spring.

Happy fun facts are up 11-1 now because a decently ambiguous Lincecum is better than a lot of the alternatives. That's a fact, though the happy and fun may vary.

Edit: Suppose I should reference the part where the Giants walked off. Joaquin Arias hit a single off a fake Molina in the ninth, scoring Nick Noonan. It sent the afternoon drinkers and sun junkies home happy, and the Giants probably did a Prince Fielder-like celebration at home plate.