There are approximately 150 new Giants photos in my photo tool, and almost all of them are incredibly awkward. It's almost like … the players don't want to do it? No, no, that can't be it. But there's something going on, alright.

The photos can also teach you something, though. I learned 13 lessons from the Giants' photo day this year. I would like to share them with you. All of the photos are by Joe Camporeale of USA TODAY Sports.

Lesson #1: Brandon Belt was a face in search of a beard

Look at this guy: 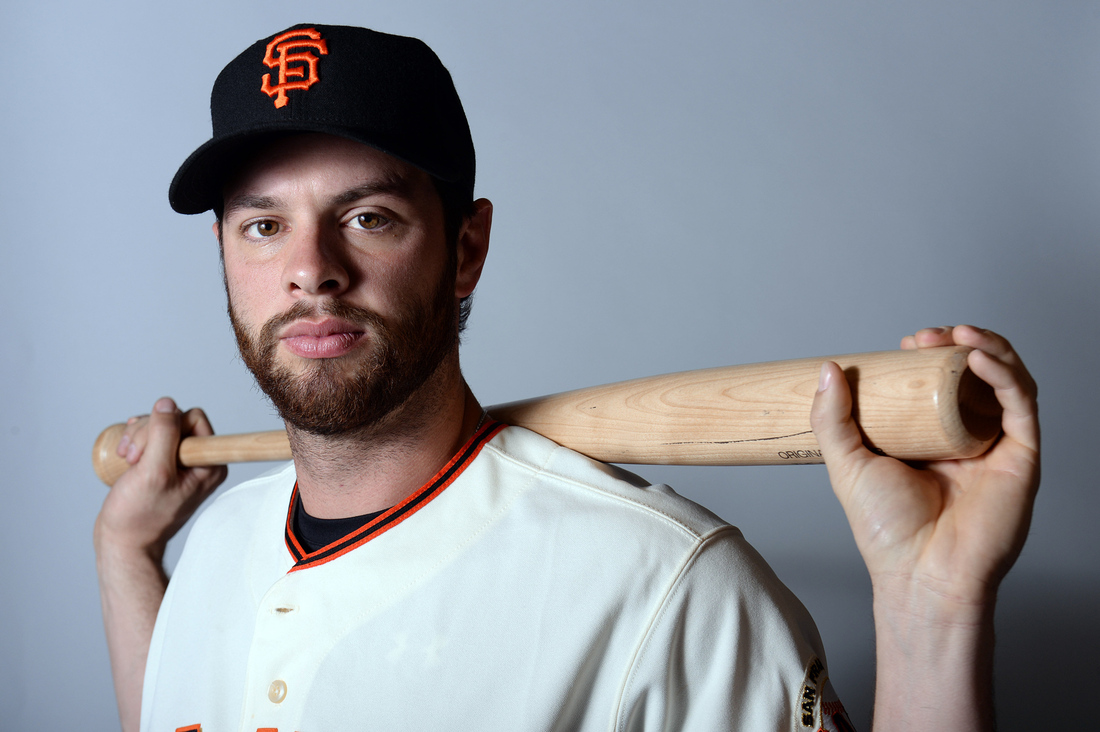 Each follicle is an additional RBI over last year's total. He looks like a fearsome first baseman now, someone who shouldn't surprise you when he hits the ball 450 feet. I'll bet the beard is an optical illusion, too, making his shoulders seem more horizontal and upright.

Look at that danged beard.

Lesson #2: Juan Perez has a goatee 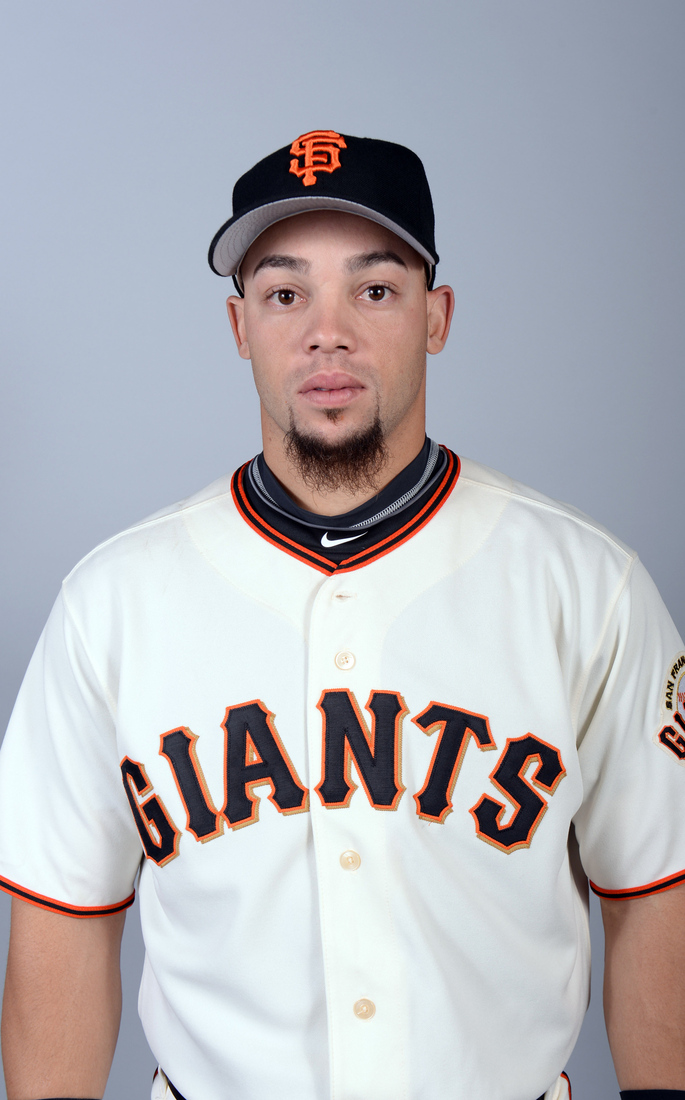 You know, that reminds me of something. I can't … man, this is frustrating … just can't remember what it is. 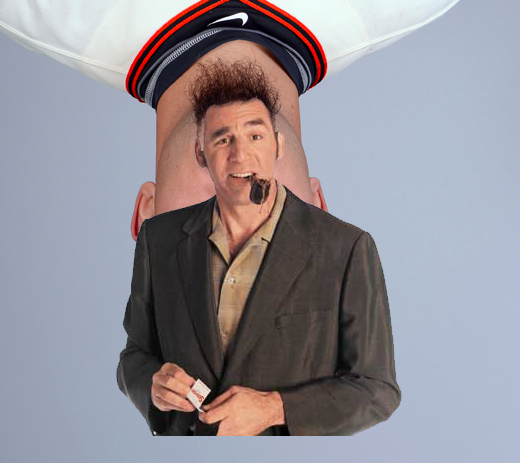 There we go. Phew. That was driving me nuts.

He's paying someone for this. 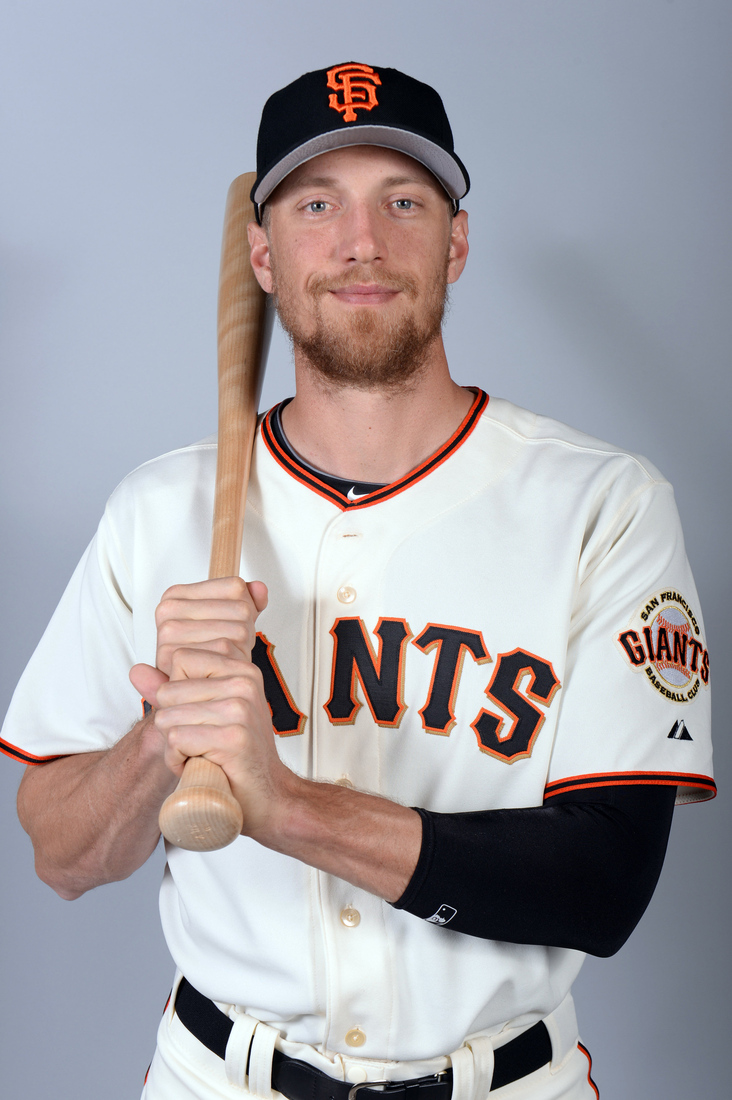 The beard's a little scraggly, but there's some well-meaning professional who is getting a lot of money for teaching Pence how to take pleasant pictures. He or she is an image consultant, or a social-media strategist, and he or she is the dangerous person in America. We need to find this person and act. There were four Pence pictures in the system, and not one of them made me titter.

This is the worst day of my blogging career. 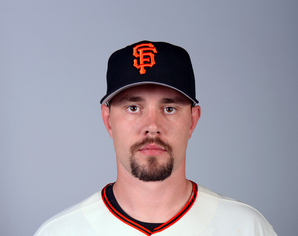 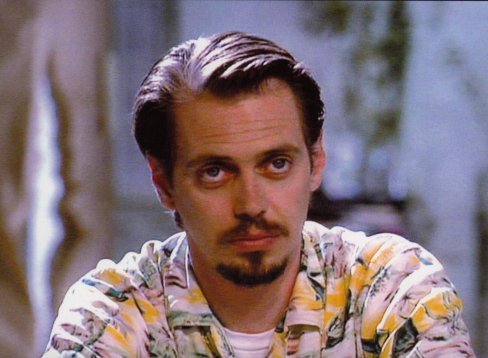 Lesson #5: Michael Morse is always about to sneeze 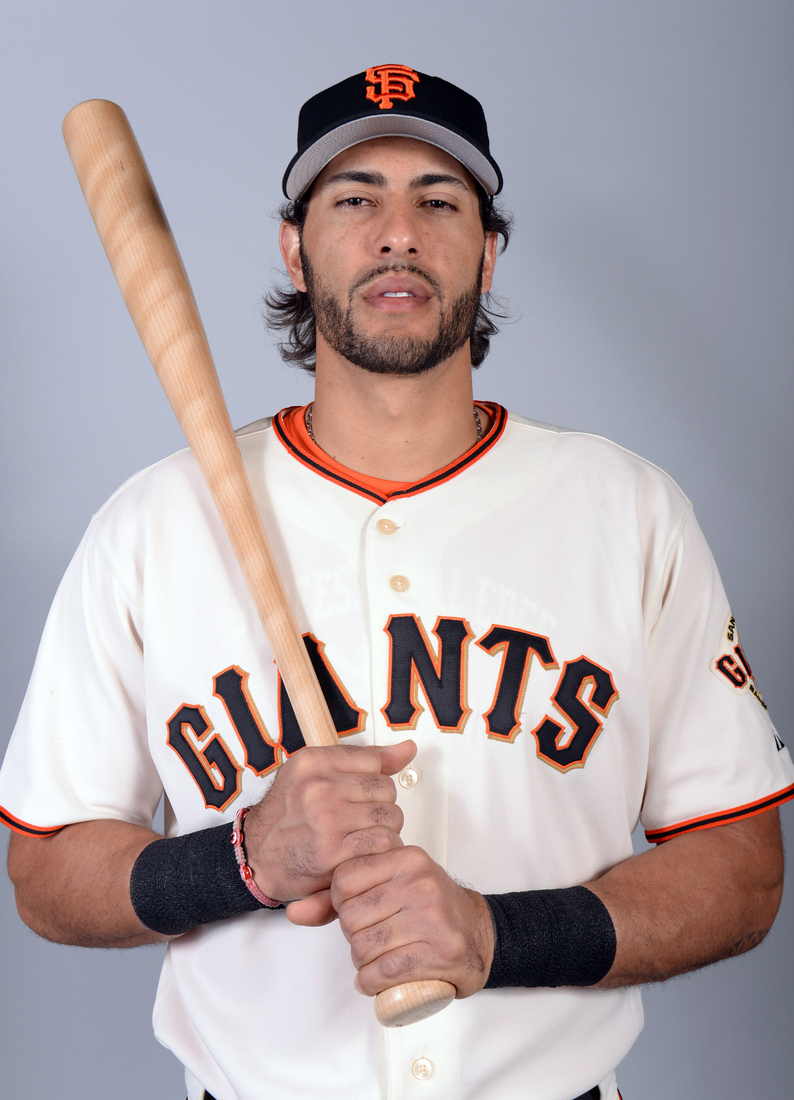 There's a fine line between looking tough and looking like you're perpetually about to sneeze. Even though Morse is an extraordinarily large human, he can't pull the first one off.

Here's a theme that will come up a lot this year: the historical crazy eyes of the Giants' outfield. This is like the three Alou brothers in one outfield. We'll never see anything like it again, so appreciate it now.

Lesson #6: Joaquin Arias is looking to get another ring this year

And it's from Josten's! 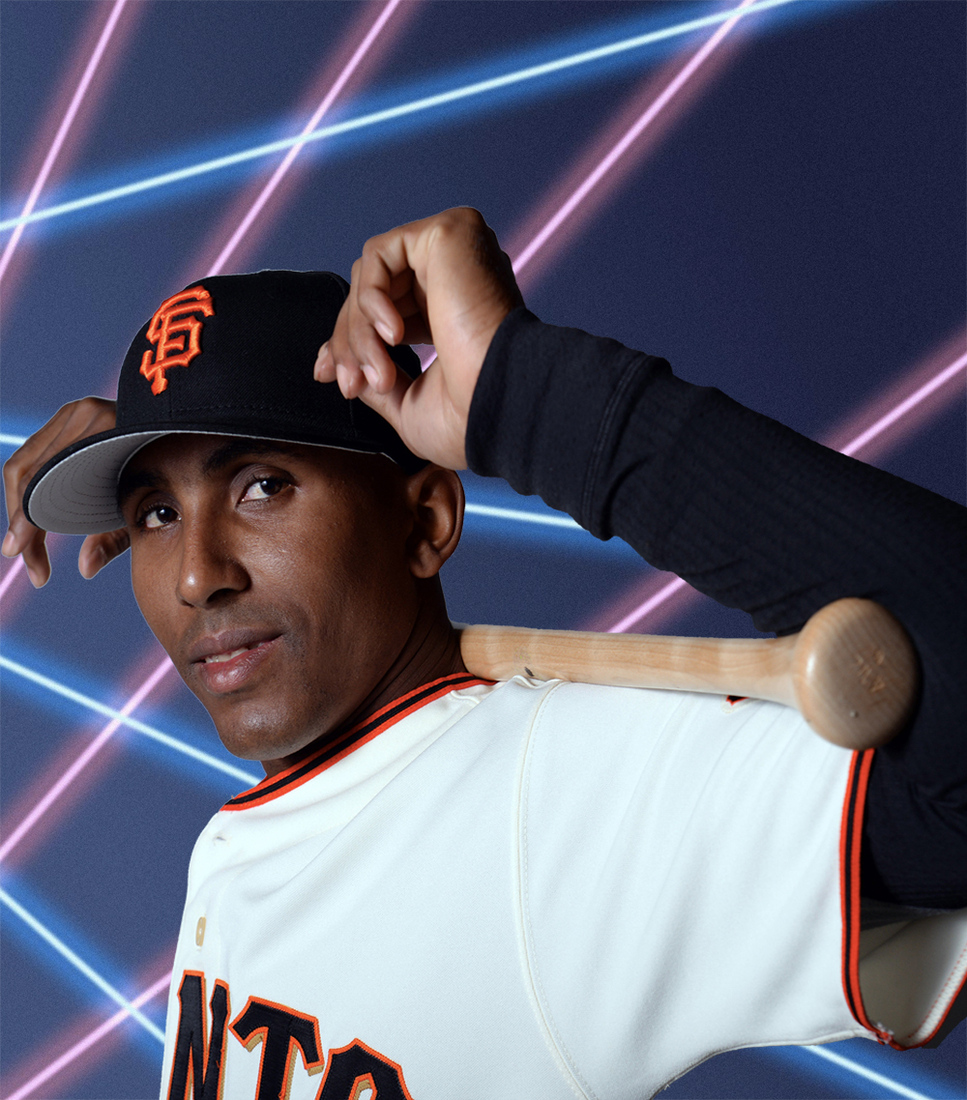 He was also voted Most Likely To Finish A Perfect Game By Scaring The Absolute Crap Out Of You.

Note: That's a photoshopped background. I know you know, but there's always someone ... 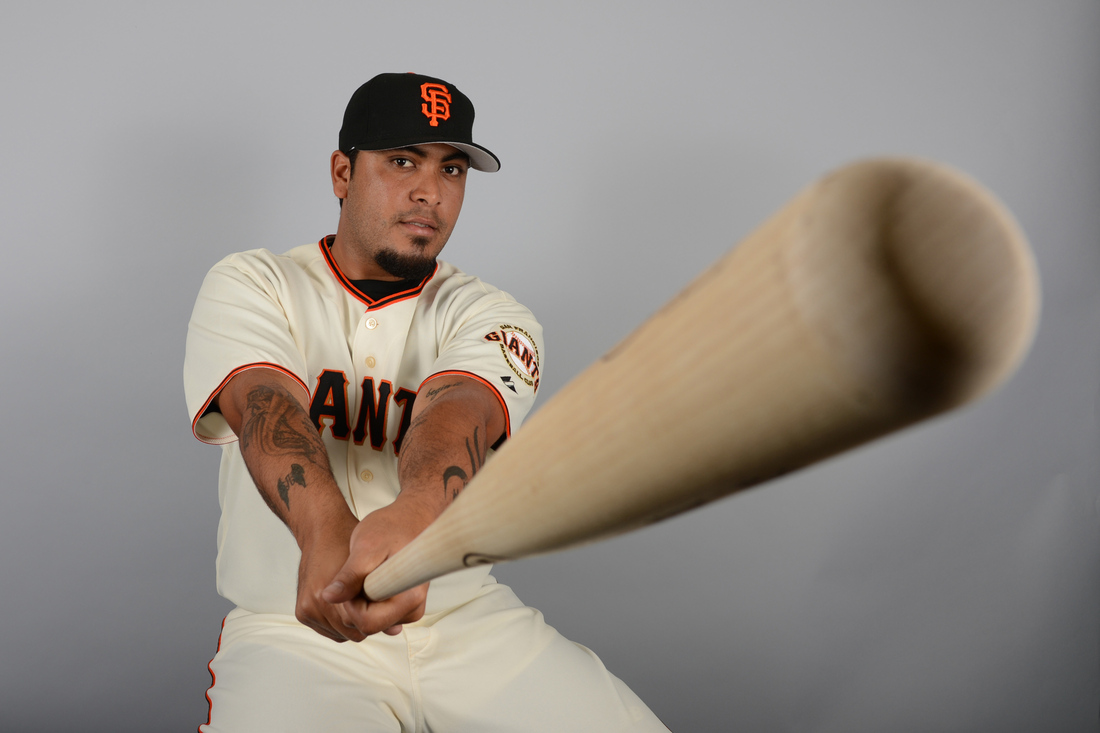 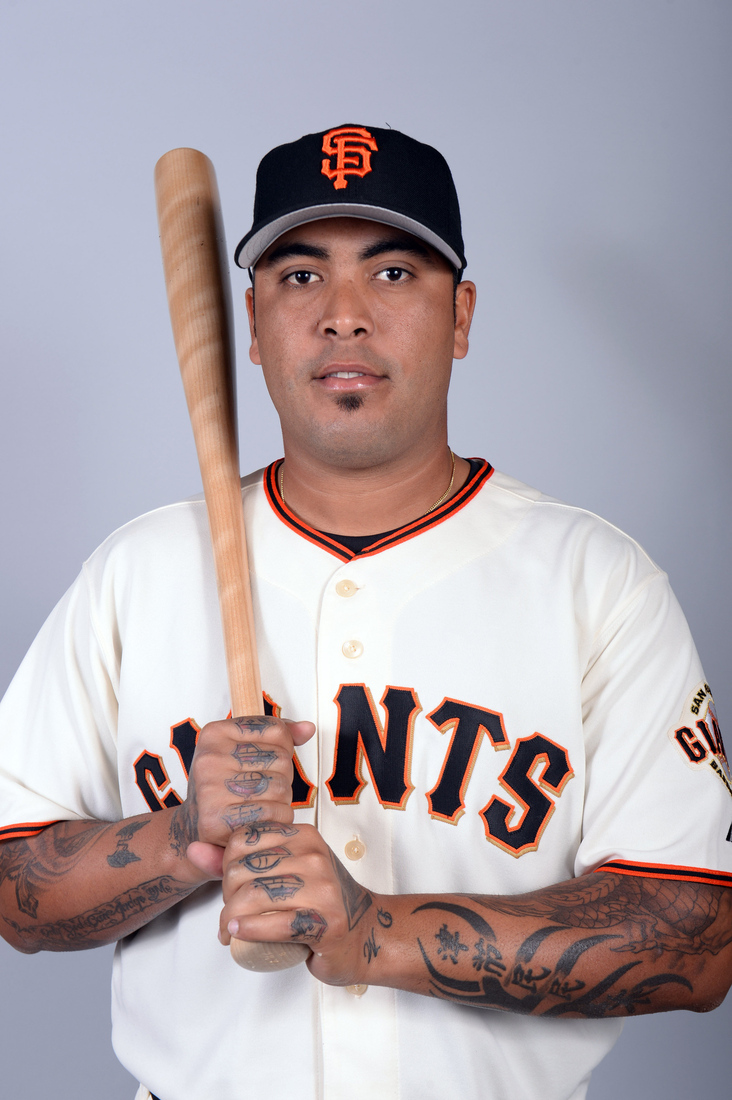 That's a lot of new ink on those hands. You don't usually see a lot of finger tattoos on players, but it doesn't not make sense for catchers, I suppose. If there's one position that should be besotten with finger tattoos ...

In other news, Sanchez looks great. BSOHL. I still want to know what kind of stats he would have been putting up in Triple-A over the last two years, as he learned the craft of catching every day. I wonder if I've mentioned that before. I'll make a note to bring it up again this year, but I'll need your help to remind me.

Lesson #8: Gregor Blanco is the cop that brings you coffee and wants to chat 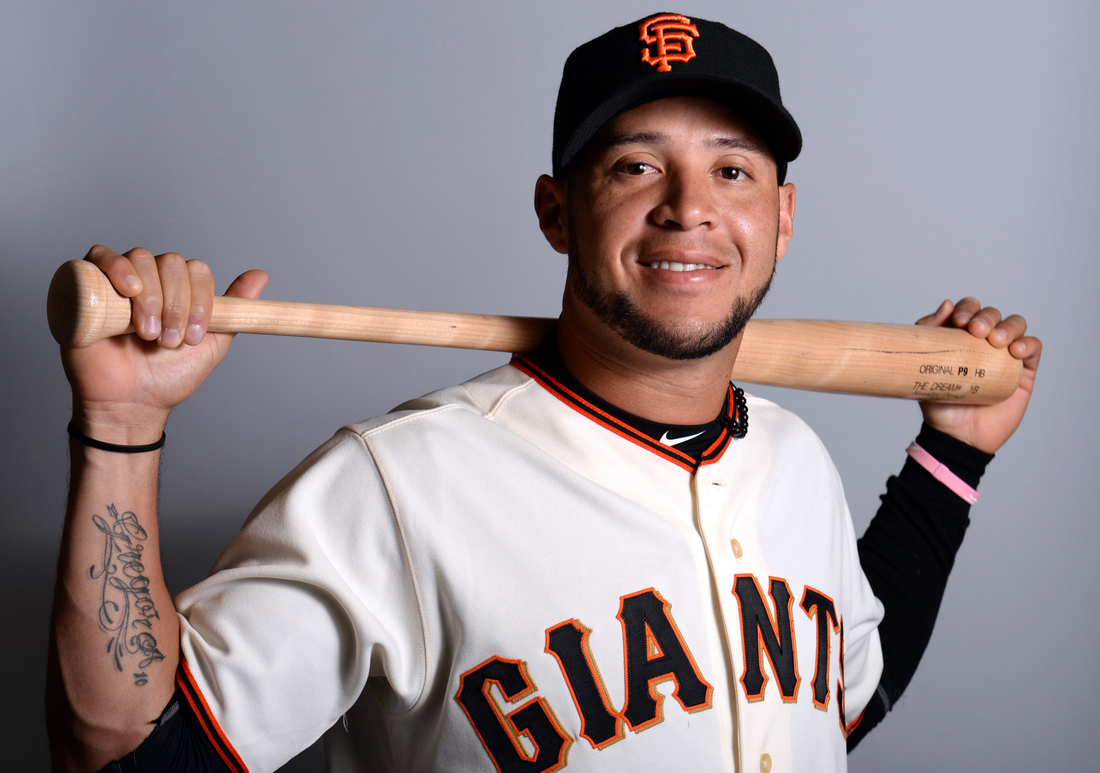 Hey, man. Here you go. You must be tired. I'll tell you what, though, it'll feel a lot better when you tell us exactly how it went down. You felt trapped, right? Like you didn't have a choice?

C'mon, man. You should probably tell me before my partner gets here …

Lesson #9: Angel Pagan is the cop that slaps the coffee off the table and picks you up by your neck. 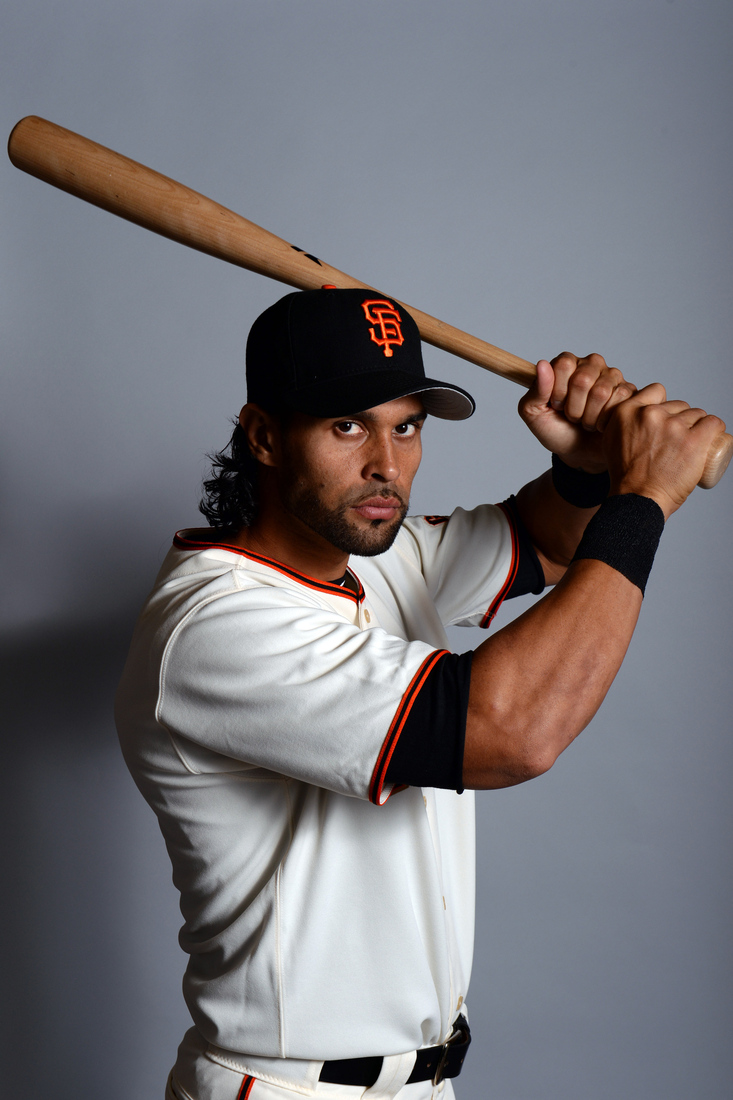 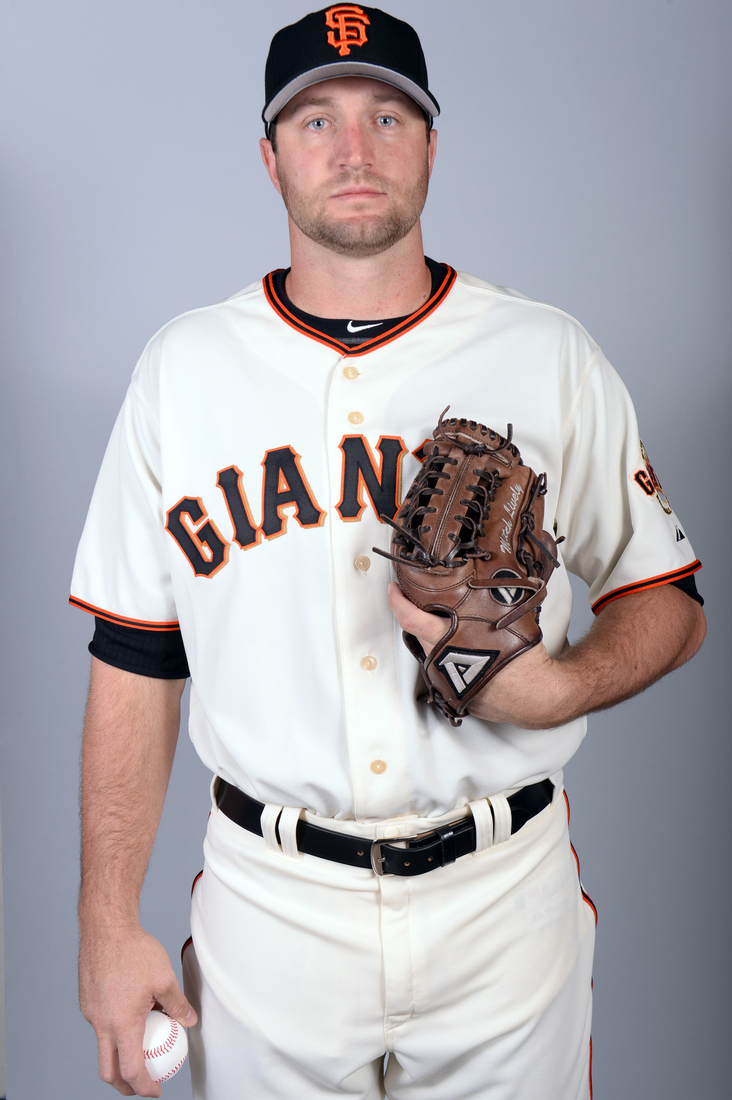 Somewhere, on another team, there's a reliever named Stan Dour, and he looks like he's been up for 41 hours doing coke and playing Rainbow Road on Mario Kart 64. 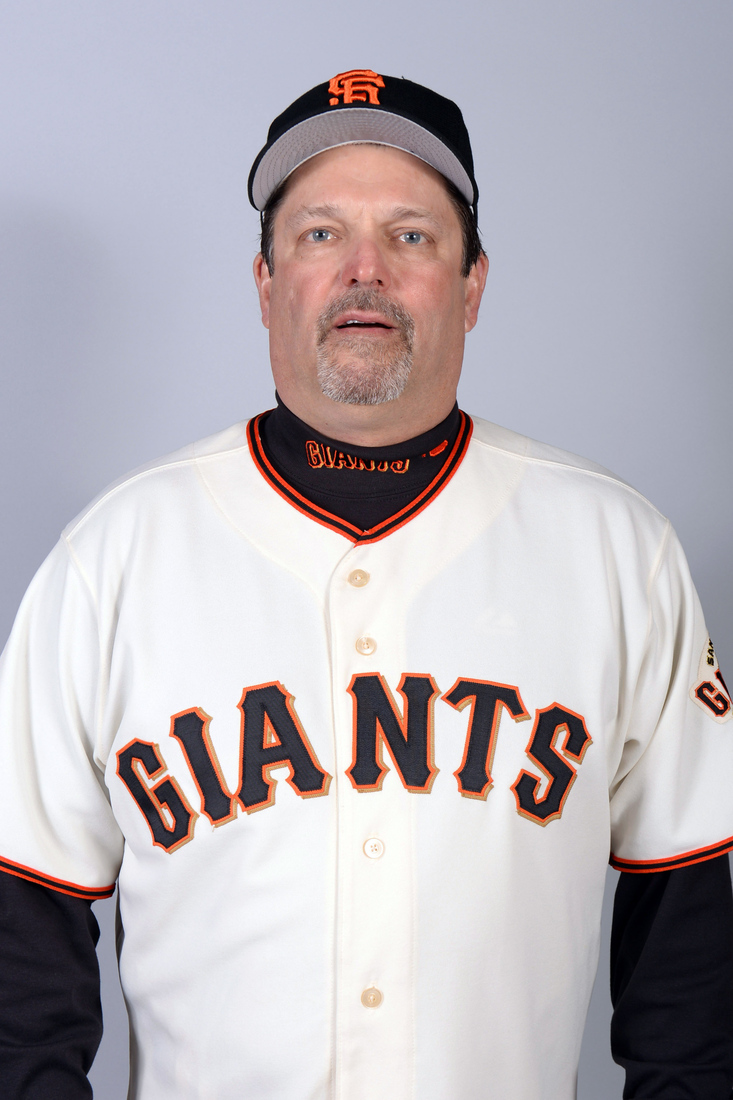 Ew. Avoid the green ones. They're not ripe yet.

Lesson #12: Tim Lincecum's mustache in high resolution is not the scariest thing in the world

No, Bruce Bochy's eyebrow photoshopped on Tim Lincecum's upper lip is the scariest thing in the world. 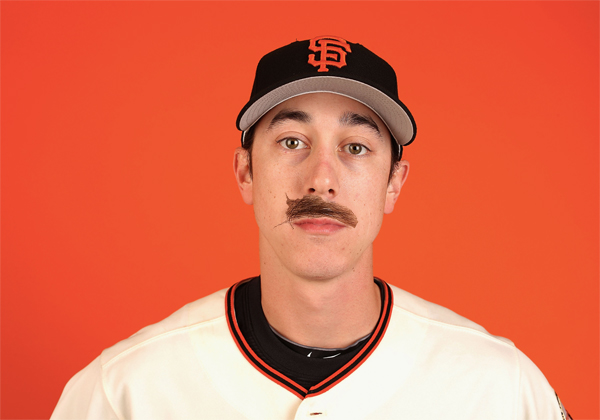 Now that you know, you can look out for it in the future. The last thing you want to do is accidentally stumble onto this kind of picture.