In which Steve Garvey isn't involved, but still makes a pass at you.

Share All sharing options for: Random Box Score From the Past: July 28, 1987

This is a special edition of Rubsfuhtep. Normally, I pick a box score at random and see what's in there. However, if you'll remember, my mom dropped off a box of baseball-related stuff recently. There was also a bag of tickets.

This Rubsfuhtep is based on one of those tickets. 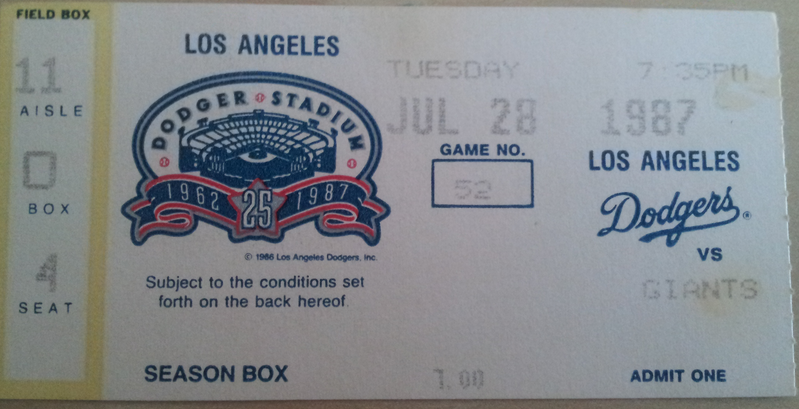 Ha ha, I was at Dodger Stadium when it was the same age as Rogers Centre. Oh, man, I am old. That would explain the back pain. That, and the lack of exercise and the sitting in a chair writing for several hours every day. Mostly, though, the age.

Before digging into this game, which I'm pretty sure the Giants lost, let me set the scene. I am nine years old. I own a sweatshirt that looks like this: 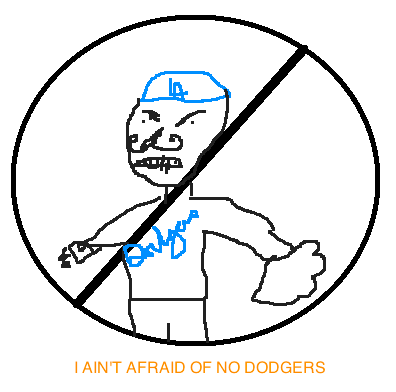 The double negative was a Ghostbusters thing, of course. It didn't mean I was afraid of Dodgers. Or did it? Regardless, I ask if I can wear it. My mom says no. When I ask why, she responds with …

Because you'll get stabbed, dear.

I did not wear the shirt. But I remember the Dodgers fans around us being unfailingly polite. Good-natured ribbing all around. But the seats were quite good, too. 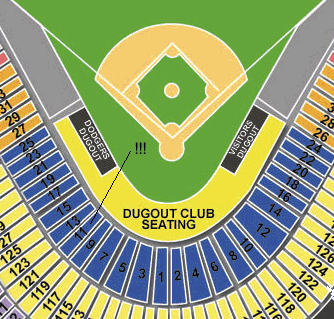 Kept the riffraff out. So let's take a trip back to …

The Giants were 51-49 before the game. The magic of "You Gotta Like These Kids!" was fading into "Dammit, Kids, Do Something". Still, the NL West was having a down year to that point. The Reds were just a game-and-a-half ahead of the Giants. There was still a chance for the Giants' first playoff appearance in 15 years.

Think about that. Fifteen years.

Let's see how they fared:

Boooo. I go to one game at Dodger Stadium, and it's a prime-years Orel Hershiser game? That's obnoxious.

Atlee Hammaker walked the leadoff hitter, which scored by law. Mickey Hatcher drove in a run later in the first inning, and Robby Thompson booted a ball that lead to an unearned run in the second. The Giants scored with a single-balk-single combo in the fourth and an RBI groundout in the eighth. That might have been the hardest the Giants ever knocked Hershiser around.

Of course, when he comes to our team, sure, it's dingers this and dingers that. But for a while, he was a smarmier Clayton Kershaw, and he was just the worst/best.

Imagine a world in which you get to watch Will Clark every day. Now imagine that, for whatever reason, Will Clark was not playing on the day you have tickets. This is a sad world. This was my world. In his place, there was Harry Spilman, who was batting cleanup.

Again, he was hitting cleanup instead of Will Clark.

Oh, how we would have complained. Do you know why he was hitting cleanup, though? He was hitting .288/.350/.442 before the game started. He was a professional hitter, both literally and connotatively. Still, most of us would have giggled/grumbled at him hitting in the middle of the order, just because he was having a small-sample hot streak. That's not how baseball works, Roger Craig.

orel's up now, but in a minute we'll have sax, lol

You were immature even then, commenters. 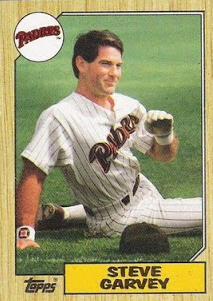 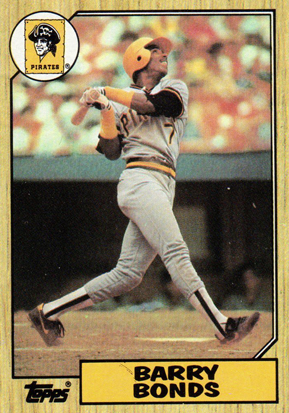 Better, though it's clearly a pop-up, and that's always bugged me. 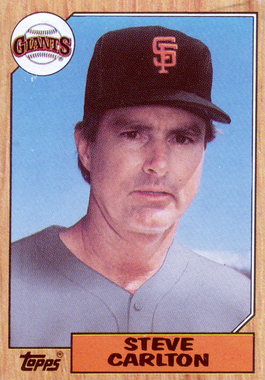 The Giants won the division, of course. I'll bet that felt really good.

Realllllly good. That video is not safe for work. Which seems like something I should put before the video, but ... hey, it's Will Clark in his early 20s. What were you expecting?

I'm glad it's not Will Clark managing the Nationals, now that you mention it.