Everyone was agog with Bumgarner's World Series performances before Game 7. Then he released the double album, and the critics went wild.

I did not believe in Madison Bumgarner. I believed in him before the season. During the season. At the start of the postseason and all the way through the World Series. But when the question arose about him starting Game 7 on two day's rest, it wasn't even something I was willing to contemplate. We've seen what pitching on three day's rest will do to a pitcher like Clayton Kershaw. What would two day's rest do to a pitcher who was 270 innings deep into the season?

The problem, see, was assuming Bumgarner was mortal.

There's too much to cover for a single recap. I keep stopping to hug my computer. Instead, let's do a 25- to 30-part recap of all the players on the roster, celebrating exactly how they helped this bunch of bozos win the World Series.

I'll never forget Game 1 of the 2010 NLDS. I was lucky enough to attend, and lucky enough not to get kicked out after Omar Infante led the game off with a double. Oh, I was sure that was the ballgame, the season. I swore and swore and swore. But Tim Lincecum didn't allow a run that night. He allowed exactly two more runners, and he pitched the best game I've ever seen in person. It was one of the all-time best postseason starts. And I was sure I would never see anything like it again.

It's safe to buy these shirts now

Sorry about the seven-beer jinx.

It's safe to buy these shirts now

Sorry about the seven-beer jinx.

There's no sense comparing and contrasting, pretending that one start is better than the other, but Madison Bumgarner's start in Game 5 was as good as any performance I've ever seen. Part of the contingency plan around here was to highlight the amazing, transcendent moments from this postseason, win or lose. If you can leave a season with memories like Brandon Belt in extras, Yusmerio Petit being fireman magic, Travis Ishikawa's pennant-winning homer, and Bumgarner's starts in Games 1 and 5, you've witnessed a great postseason.

What was Bumgarner good for? Two innings, maybe. If the Giants have a lead and he's pitching well, maybe three. It was hard to see him doing more than that. It was also easy to see this whole endeavor not working out. His first pitch was 85 and away from the target by a bunch. He fell behind, 2-0. He gave up a hit to the first batter he faced. If the next three hitters doubled, who here would blame Bumgarner? It was the situation that was a jerk. It was a team with no better choice than a 39-year-old with an ailing hip and floating sinker, with the backup plan being a young pitcher on two day's rest. A young pitcher who was going to set a postseason record for innings pitched.

He fell behind 2-0 again, this time to a hitter who was trying to make an out on purpose. Ned Yost says that Alcides Escobar was bunting on his own, and I believe him. It was still a bad baseball play. It was going for one run when there were five on the table. That was the time. That was the time when it all fell apart.

Bumgarner took the free out. Not before looking at second for a moment that FREAKED ME OUT, but he took the free out. Then he blew a snotrocket, looked at the moon and whispered, "Someday, I will ride one of those snotrockets all the way to you, big feller, and I will claim you for my own." Probably.

Regardless, everything changed after that. A celestial breaker flipped, and the World Series ended. It took 14 more outs to do it, technically, but as soon as Bumgarner got his first out, he was as brilliant as he'd ever been. There was a sketchy moment immediately after, when Norichika Aoki lined a ball to left, but Juan Perez was perfectly positioned. After that, the sketchy moments were mostly wisps and phantoms that were easy to ignore. Bumgarner was dominant after that.

When Buster Posey called for the fastball up to Lorenzo Cain, the fastball was up. If it missed, it was because the pitch was too high. There weren't balls leaking over the plate. Bumgarner threw 50 of his 68 pitches for strikes, but the strikes he threw were good strikes. Here's how he pitched the hitters after Aoki's line out, courtesy of MLB GameDay Classic. 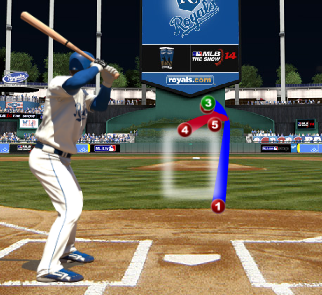 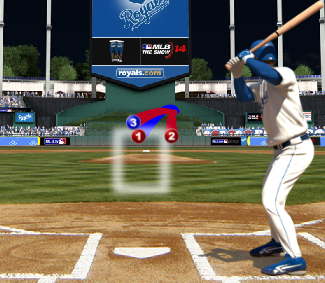 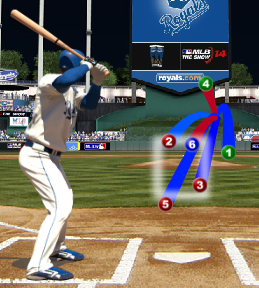 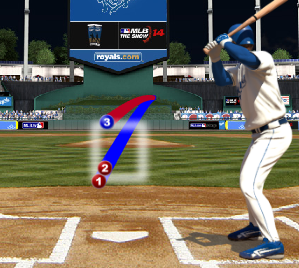 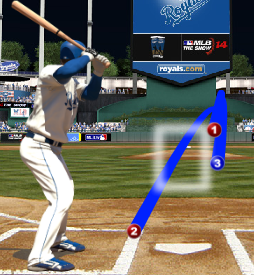 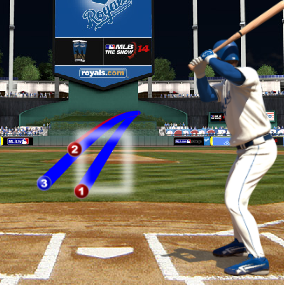 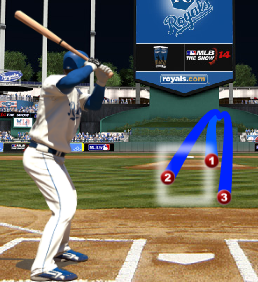 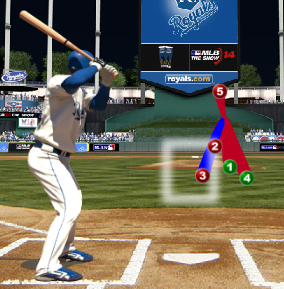 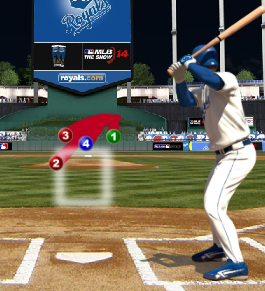 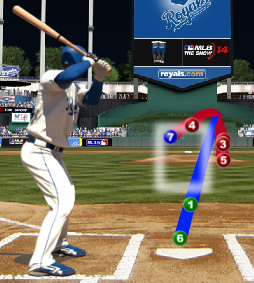 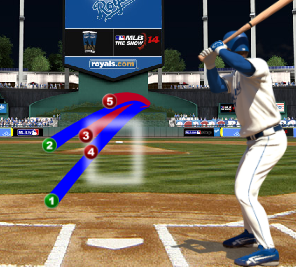 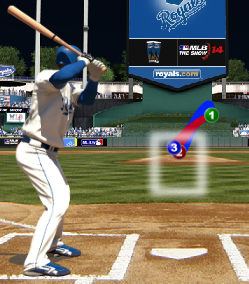 Alex Gordon and the single that stopped hearts: 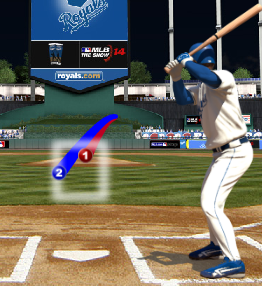 Salvador Perez and the final out of the 2014 season. 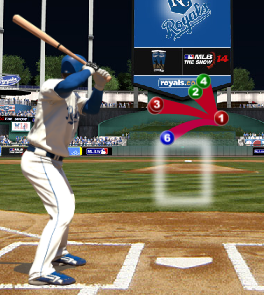 For a pitcher who threw 50 strikes, where are the hittable strikes? There were three pitches in the middle of the zone, all in the ninth inning. That ninth was probably all Bumgarner had in him, but he could still get the fastballs above the zone to Perez in the last at-bat.

Me? Once Gregor Blanco dove-not-dove and Juan Perez kicked the ball around, I would have melted into a puddle of goo. Just trembling, wriggling goo. Bochy would have gone out with a Dixie Cup, scraped me in, and called for Casilla. Bumgarner gave exactly zero bothers. He snotrocketed a snotrocket and pumped fastball fastball fastball by a hitter who just couldn't lay off. He looked as strong as he did in his first pitch in Game 1.

Madison Bumgarner, the high school pitcher drafted when the Giants were desperate for a college hitter, the pitcher who lost his fastball and was going to be relegated to the what-if of prospect purgatory, the pitcher who was neck and neck with Tim Alderson on the Giants' prospect lists for a while, the pitcher who already had two stellar World Series starts and victories before he turned 24. He was already a World Series legend, something to put on the dust jacket to get you to buy the book, not a footnote. Then came Game 7.

We've seen a lot over the five years, most of it things we were sure we'd never see. Then came Game 7. There will be a century of World Series highlights between now and 2114, and they'll still be talking about Madison Bumgarner.

It's the best postseason we'll ever see from a Giants pitcher. From start to finish, this postseason was a cornucopia of amazing Madison Bumgarner moments. Then came Game 7.

The Giants won the 2014 World Series. They needed exactly one great starting pitcher to do it. It was enough.