Gio Gonzalez will pitch Game 4, if necessary, but the Giants are being coy about who they'll start.

The rotations for both the Giants and Nationals are set for the first three games of the National League Division Series, with Adam Kilgore reporting that Tanner Roark will pitch out of the bullpen, which means Gio Gonzalez will likely start a Game 4, if necessary. Here's what we know:

I'm assuming that Matt Williams is taking the Giants' struggles against left-handed starters into account by choosing Gonzalez over Roark, though it should be noted that the Giants' OPS against left-handed starters would increase by 200 points if Clayton Kershaw's starts weren't included. That's just a guess, but I'm pretty sure it's accurate within two or three points.

Gio Gonzalez didn't have the greatest season -- his 105 ERA+ was just a tick above average for a starter -- but the nerd stats suggest he was better than that (3.02 FIP, which would have been the sixth-best mark in the NL if he qualified). Of course, those same nerd stats tell us that Ryan Vogelsong (3.85 FIP) was better than Doug Fister (3.93 FIP).

Don't have much call for no nerd stats 'round here. Although it would be a welcome development if Fister were super overrated and lucky, somehow I don't think that's the case. And in a similar vein, I know what the fielding-independent stats suggest about Roark and Gonzalez -- that Gonzalez is substantially better -- but I'm not upset about Williams's decision. The Giants haven't won a game that Gonzalez has started since he was traded to the Nationals, yet Roark scared me more.

I guess if we knew why our biases existed, we probably wouldn't have those biases.

As for the other guys, well, they're good. The Nationals have one of the lowest team ERA+ marks in history, and Strasburg, Zimmermann, and Gonzalez are all in the top 15 in starter FIP. If you like ol'-fashioned ERA, the Nationals had four of the top 20 ERAs, including two in the top 10 (Fister/Zimmermann).

So this should be fun.

Except, was it over when Cliff Lee started for the Phillies in the 2010 NLCS? 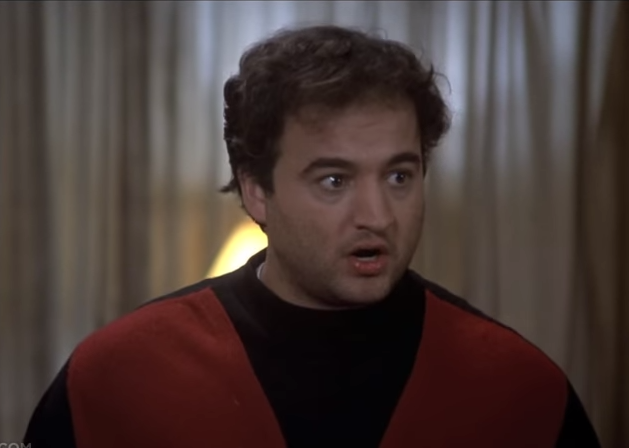 No. It wasn't over. Was it over when Justin Verlander started against the Giants at the peak of his powers against Barry Zito?

Though, on the whole, I sure would feel more comfortable if the Nationals had crappier pitchers.