This latest escalation increases the chances of mutually assured trolling.

Like that. With that story, the 27 (!) double plays that preceded it, the success of the players traded away to get him, and his stupid face, A.J. Pierzynski became one of the most hated villains in recent Giants history. He's on the Cardinals now. And he's made the 25-man roster for the NLCS. 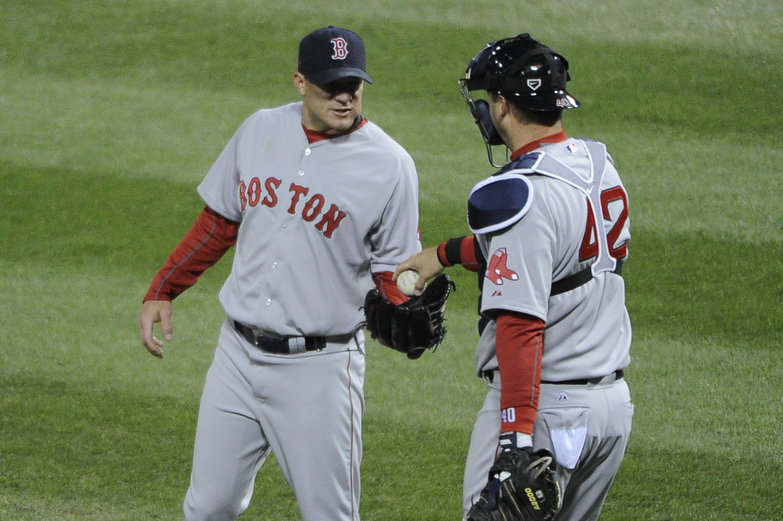 YOU STAY AWAY FROM HIM, JAKE. DO NOT FALL FOR HIS LIES.

I was worried about Kevin Frandsen and/or Nate Schierholtz getting the big hit in the NLDS. I figured that was as much needling as baseball could offer. No. There is another. At some point in the NLCS, A.J. Pierzynski will come up and pinch-hit in a crucial spot. His beady little eyes will poke out from his tiny face on his big head, concentrating on ways to break the Giants' hearts.

The Giants will just have to prevent that from happening.

As a hitter, Pierzynski shouldn't be much of a threat. His offense was always "good for a catcher," even in his best years, and he's fallen on hard times this season. The Red Sox released him early this year for being bad at hitting baseballs and catching baseballs, and he got even worse in his 82 at-bats with the Cardinals. Like that means anything. The Giants need to treat him like Tony Gwynn in his prime because I don't want to deal with it if he succeeds.

Tuck in your back pocket, you awful man. What is wrong with you?

The only redeeming qualities of Pierzynski are that he got punched and people were around to take pictures of him getting punched. He looks like Paul McCartney falling down the stairs in that picture. Other than the getting-punched thing, I'm not sure if there's even one positive aspect to Pierzynski's existence.

He's on the Cardinals, now. That's about right. Next year he could sneak on as a backup for the Dodgers, but that's a little too on the nose. This is probably the perfect spot for him.

He's perfectly at home, choppin' his crotch the right way. He was always a Cardinal in his heart. Look at him now.

We won't find peace until he and his team are destroyed. A.J. Pierzynski is facing the Giants in a playoff series, everyone.