Share All sharing options for: Projecting the Giants' 2014 starting rotation

In the first installment of Projection Systems That Aren't ZiPS, and What They Say About the Giants, we explored the surprisingly competent position players. You'll grumble about these position players when they score six runs in August, but they look like a pretty solid group from here.

But life is about balance, you know, and sometimes if you aren't looking for balance, you will have balance thrust upon you. The Giants have a smattering of young and good hitters, and they're surrounded by competent-to-good hitters. And Michael Morse. For all of that competent-to-good, though, there are some red flags to watch out for. Basically, we're watching the rotation parade around Красная площадь after returning from a manned spaceflight. Hella red flags.

2. Matt Cain is also awesome, and last April was a ruse to ferret out the non-believers.

So that's 40 percent of the rotation that's indisputably awesome. You, in the back. You're raising your hand. Do you have to go to …

Thanks for taking my call. Wasn't Matt Cain's season last year exactly what sabermetricians were predicting in the first place? Didn't his BABIP and low home-run totals catch up with him?

You are a horrible person. First, Cain's BABIP didn't violently regress to an imaginary mean. He allowed a .263 batting average on balls put in play -- still much lower than the rest of the league, and a tick lower than his career average. Second, he held hitters to a .228/.289/.389 line for the year. Hitters didn't get hits against Cain, and they didn't reach first. They just hit the ball really, really far against him occasionally.

Matt Cain is awesome. You are a horrible person. Sabermetricians are terrible, unfeeling people, especially when it comes to Matt Cain. He'll be back. Don't trust these projections. He'll be back, dang it.

Your first step is to knock the books out of Steamer's hands and yell at him for the Matt Cain projection. Then you pull Steamer's underwear over his head. In 2010, Steamer pegged Cain for a 4.17 ERA. In 2011, it projected a 4.10 ERA for him, and in 2012, it projected a 3.87 mark. Projection systems generally don't do well with Matt Cain. Yet as far as these things go, it's a relatively optimistic projection for him.

After that, you might notice Bumgarner's projections are kind of modest. True, but projection systems generally don't get too optimistic. Look how close Bumgarner is to Clayton Kershaw on this list, for example.

Then you get to the bottom three. I'm more than a little surprised by Tim Hudson's lackluster projections on both systems, but I'm guessing the time he missed with an ankle injury last year factors into it. In the Tim Hudson word cloud of my mind, "stability" is prominent. To see him roughly as valuable as Tim Lincecum … well, let's make a Lincecum word cloud and see what we've written about him over the last two seasons. 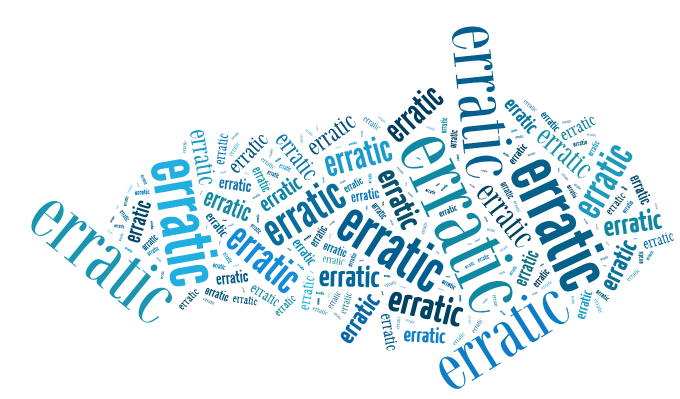 That's about right. But the computers see Hudson and Lincecum as being roughly equal in value next year. Huh.

And now that we're getting closer to the season, I'm getting antsier and antsier about the show of faith for Ryan Vogelsong. Looking at the run prevention from 2011 and 2012, I'll stand by my assertion that if he were from another organization, we'd be perfectly thrilled with him as a bounce-back candidate. Still, looking at the cold, unfeeling numbers ... I'm nervous. There were just so many options this winter.

Not that Masahiro Tanaka would have been much better. I don't see what the big deal is about that guy. Also, man, there's no way those grapes taste good.

If you were on a contact high from the hitter projections -- and they weren't that good -- you're back to reality now. Still, if you are as bullish on Matt Cain as I am, mostly on account of him being Matt Cain, these could be worse. They could be worse.

Could be last year, you know.

Man, last year stunk. Just don't think about how this lineup would have won 110 games in 2009 with that rotation/bullpen. It doesn't help a lick.