Share All sharing options for: Giants walk off, triumphantly leave miserable 2013 season behind

There were literally 45 different things I wanted to watch instead of a Guillermo Moscoso start against the Padres today. Literally. I can check off the list if you don't believe me. Rangers/Angels, Raiders/Redskins, House Hunters International, Phineas and Ferb, Strangers on a Train, Malcolm in the Middle, my cat eating a moth, fake TV shows in GTA IV, a running dishwasher … don't make me list them all.

But by the time Jake Dunning allowed a grand slam to put the game seemingly out of reach, all I wanted to do was watch the Giants play more baseball. I was mad at myself for being so picky before the game. If that exact same game were on pay-per-view in December, I would have paid $40 for it, even with the Gyorko grand slam winning it for the Padres. Oh, the melancholia.

The Giants walked off 12 times in 2013. Just over seven percent of the Giants games ended with a scrum of idiots jumping up and down in the middle of the field. That's not exactly extraordinary -- they had more in 2003, for example -- but it's well above what you'd expect from a typical season. The team frustrated. They enraged. They infuriated. But they also provided a pretty swell consolation prize a few times this season. I like scrumming idiots. It's one of the best parts about baseball.

There will be time for the 10 best moments, 10 worst moments, 10 hottest walk-off hits, 10 players in the playoffs you'd like to see eaten by an anaconda, 10 hottest mascot WAGs, in the offseason. Right now, it's probably time for wistfulness, malaise, and general moping. There's no more Giants baseball until March 31. That's gross.

But I'm planning on irrational hopes. Everyone with me on that? Even if the Giants trade for Vernon Wells and the ghost of Armando Benitez, I'm planning on cherry-picking data, ignoring available evidence, and secretly pretending the Giants are going to be good again, no matter what. Ryan Theriot DHing, Andres Torres taking over in center, Aubrey Huff rebounding, Juan Uribe jazz-handing, Marco Scutaro hitting .500, Barry Zito bunting for a hit, Pablo Sandoval hitting three home runs …

Until then, at least the Giants sent us off with a good game. Win or lose, the Giants weren't going to get a protected draft pick, so making Padres fans roll their eyes was probably the best option.

There was a tuft of hair sticking out of the air hole in Hunter Pence's helmet when he hit the game-winner. 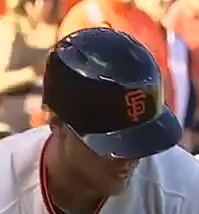 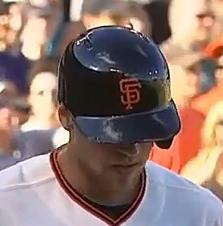 And you wanted him signed for four years? Not sure what your problem is.

Say, has anyone ever stopped to reflect on the irrational behavior of sports fans? Boy, those sports fans sure are irrational. And as supporting evidence, I present this:

I'd rather have the prospect. 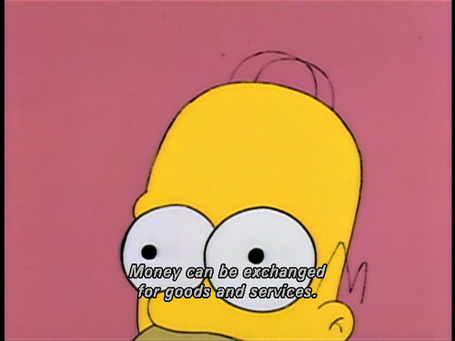 Well, wait, don't. It doesn't matter. The point isn't to ask why people boo Beltran, but rather why everyone cheers Zito.

The first answer is that the Giants won two championships. Seriously, that's the biggest reason. If the Giants claim 2002- and 2003-type seasons as their best two with Zito on the roster, I'm not sure there's a lot of love for him at the end of the seven years. There would be a lot of resentment. "Why couldn't Barry Zito have averaged even two feet higher?"

Instead, good feelings. Warm fuzzies. And one of those championships even happened directly because of what Zito did.

That's the difference. And I'm still a believer in the idea that if Zito isn't on the 2010 roster, everything's different. There's no Brooks Conrad, there's no opposite-field Uribe shot, there's nothing like that. So, yeah, Barry Zito still has favored-nation status here, too. Because of the World Series. Which is irrational. But so are sports.

The other reason Zito got a raucous ovation: He rarely complained. Talk about the money, and talk about his lot in life, but it would have been so easy to complain. We still remember Armando Benitez saying, "I did my job." Baseball fans still remember Derek Bell and Operation Shutdown. At any point over the last seven years, Zito could have said, "You know what? You are one annoying fan base. Man, just shut up already."

Never did. And maybe that's grading on a curve. But I'll allow it. He got the cheers, and I think it reflected well on Giants fans. He was a weird, expensive Virgil, guiding us into and out of of the abyss. I'll miss him, even if I am absolutely thrilled never to watch him pitch in that uniform again.

He's probably the weirdest player in Giants history that way. It'll be weird watching him in a Padres uniform next year.

To be honest, I'd trade the win and all the warm fuzzies in for Gregor Blanco walking off the field like he normally does. To get injured in the last inning of the last game … bleah. It looked like the kind of injury that could leak over into 2014, which is horrible. I don't think there's anyone out there excited to see Gregor Blanco, starting outfielder, again.

But he's pretty clearly qualified to be a fourth- or fifth outfielder. Or, to be more specific, he's a good bet to be one of the better fourth- or fifth-outfielders in the game. He does a lot well. And I'm hoping he'll be ready for the start of next season. Get better, White Shark.

That was hard to watch. Last inning of the last game ... come on, baseball gods.

I want to thank Bryan Murphy for filling in for me for some of these post-game recaps. My sanity depended on it, and he did it wonderfully. Kid's gonna be big one day, and you're going to remember exactly where you were when you first heard of him ...

Steve S. did yeoman's work yet again with Minor Lines. He does it for the love of prospects and prospect-related discussion, and he can't imagine just how valuable he is to the site.

Chris Quick and Bill Hanstock contributed some amazing pieces this year, and I'm sure they'll write some great stuff here in the future.

And the moderators -- Natto, jponry, scout6, Goofus, Giant among Angels, operation carrot, howtheyscored, and WalrusMan -- helped keep this place in line throughout another eventful season.

Thanks, all. And I'll see you in March. Or the next time Jon Heyman mentions a Giants-related rumor at all. Whichever comes first.