Why I Should Be Commissioner

An Essay By Grant Brisbee

I should be the commissioner of Major League Baseball because it is my belief that when teams with similar color schemes play each other, the loser of the series should have to wear magenta-heavy uniforms until the two teams play again.

Therefore, this is how I believe the Giants' uniforms should look if they lost to the Orioles. 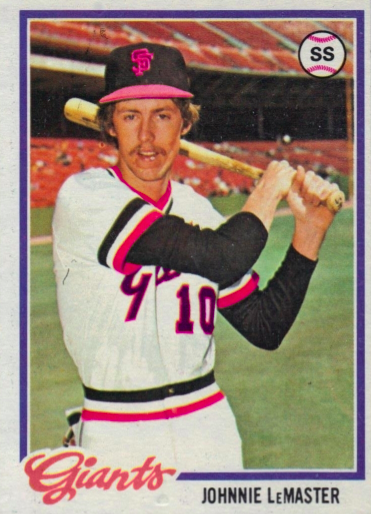 Furthermore, in conclusion, this is what I believe, and I should be the commissioner of baseball.

Don't see a problem with any of that, really. It would really spice things up for a couple of teams like the Giants and Orioles, who don't have anything to play for. And …

Huh. The Orioles really are good again. And they're doing it without magic one-run dust this year. Well, this series should be fun.

It's also time to write an Orioles series preview, and I'll be honest, I don't know a lot about the Orioles.

Okay, I know that much. But when it comes to the Orioles in a Giants-related context, I don't know anything. So here is your Guide To Everything The Orioles Have Ever Had To Do With The Giants.

Or, a list of the most important trades between the Orioles and Giants in their histories

1. Mike McCormick, Stu Miller for buncha players who didn't work out
McCormick had a really funny career. He was a young stud on the Giants, and he stunk when he left. Then he came back to the Giants and won a Cy Young. Think of him as some weird amalgam of the Bumgarner and Vogelsong stories. But the Orioles made out with Miller -- he was a fantastic super-reliever with them.

2. Mark Leonard for Steve Scarsone
If you swap Scarsone's '95 season with his '93 season, the Giants win the World Series that year. Not that I still think about these things.

3. Darin Blood for Joe Carter
The 38-year-old Carter was like the Jeff Francoeur of his time, except he couldn't hit or field. So, wait, exactly. People loved them ribbies, so Carter always got a gig, and the Giants were silly enough to trade for him. So of course he hit .295/.322/.562 in 105 at-bats, helping the Giants make the 163rd game against the Cubs. In which Mark Gardner grooved an 0-2 pitch to Gary Gaetti. Not that I still think about these things.

4. Sidney Ponson for Kurt Ainsworth, Damian Moss
Wait to cough up the 4-1 lead, dillweed. Not that I still think about these things. Though it will seem really funny when Ainsworth is pitching for the Giants in 2017.

5. LaTroy Hawkins for Steve Kline
Boy, Kline was much worse with the Giants than I still remember. I wonder how Hawkins did after he left the HOLY CRAP STILL PITCHING.

Dick Coffman. Also, this is your yearly reminder that Hoyt Wilhelm's career was amazing, and that you should stare at his Baseball-Reference.com page for a while. He pitched only 608 innings by the time he was 34, and he eventually made the Hall of Fame.

The Orioles and Giants probably shouldn't swap players, though. That's a lot of little.

Pedro Feliz started at short against the Orioles

It's true. For the life of me, I can't remember what he looked like playing short. Also, the only players from that Giants lineup still active: Cody Ransom and A.J. Pierzynski. Baseball can be a real butthead, you know.

In conclusion, the Giants are probably going to have a tough time with the Orioles because they're better at baseballing than the Giants, and that's everything I know about the Orioles as they relate to the Giants.

Remember the Chris Davis for Matt Cain rumors? I do. They were stupid. But think if that trade really went down. We'd be all excited because it would finally seem like it was paying off, and we'd have no idea about the alternate-reality championships. One forum post I just found included "Cain for LaPorta?" in the same breath as "Cain for Andrus/Davis." Oooof.

And he's hella pissed off! I'm not sure why. Pitches inside when you're trying to bunt aren't that big of a deal …

While I don't think that was an intentional pitch from Arroyo, I still would have liked to watch Vogelsong de-hair him.