Share All sharing options for: On Bronson Arroyo, future Giant

Boy, oh, boy, is this obvious. I can't believe that for the last few months, when looking at the pending free agents, this didn't jump out at. Just like Jeff Francoeur crossing over the double-yellow line on the waiver highway, this looks like it's heading straight for the Giants.

"I love the whole vibe of the city. I love walking down the street and see a guy in a tuxedo, two guys holding hands and some girl with tattoos riding a skateboard. I love the eclecticness of the city."

I ... I think we just got reverse-John Rockered.

This is the second time in as many months that a player has hinted that the Giants would be a perfect destination, with Bud Norris saying as much before he was traded to the Orioles. I don't remember anyone ever doing that in the middle of the season before. It's flattering, I guess.

And if you're wondering, Arroyo has been pretty danged good up to and including this year. He had a miserable year in 2011, but that was because of a fluky home-run rate that was almost twice his career average.

Really, Arroyo would be perfect for the park. If you could guarantee that he'd repeat his performances from the last couple of years.

Ah, but there's the catch. Arroyo will be 37 next year, and he's not exactly looking for a one-year deal as he rides off into the sunset.

But to be honest, it's going to be sad if I have to leave (Cincinnati). There will only be one reason why, and that's the dollar bill."

Dude wants to get paid for his final big contract. Can't blame him. But while it makes intuitive sense that dooky-throwing slub-chuckers aren't as effective as flamethrowers, I'm not sure if that's entirely true. The drop from 86/87 to below 85 might be the tipping point for Arroyo as it was for that one guy. You know, the guy with the contract. 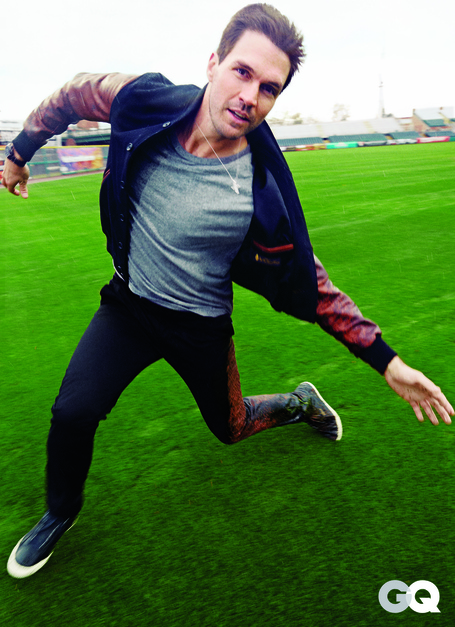 Yeah, that guy. While it's not fair to compare every big pitcher looking for a big deal to Zito, it's okay to compare soft-tossers to him. And if a 36-year-old Arroyo can't crack 87 these days, what is he going to be like when he's 37 or 38? Being clever and accurate can only take a pitcher so far once his fastball is gone. Just ask Livan Hernandez.

Of course, Livan Hernandez is probably 63, and he just stopped being useful. Maybe that's the wrong comparison. Or maybe that's proof that a 10-year deal to Arroyo would work out just swell.

We're getting ahead of ourselves. We have all winter to rosterbate, and for the first time in years, a lot of it will have to do with pitching. My main points are these:

1. Bronson Arroyo is totally going to sign with the Giants
2. Start dealing with it now
3. It won't be bad until it is, which will probably be soon
4. I wanted an excuse to bring up this (NSFW) video again:

Never gets old. And it should be noted that I hate watching Arroyo pitch. Which probably means I'd love it if he were doing it for the good guys. That doesn't make whatever contract he gets a good one. It's going to be a bad idea.

But it's almost certainly going to be the Giants. Just a gut feeling. And it took the reverse-John Rockering for the epiphany.