Giants lose to Rockies in least exciting game in years

Share All sharing options for: Giants lose to Rockies in least exciting game in years

The Giants were shut out in Coors Field in May. Juan Nicasio pitched six innings of scoreless ball, and Barry Zito allowed five runs.

But they scored a run in the ninth inning of this game! Instead of losing 5-0, they lost 6-1. This is an important development. Soon they'll be losing 7-2. With enough work, they can lose 8-3 or even 9-4. If they lost 10-5, at least we can be proud of the lineup. At 11-6, why, they'd be half of a juggernaut. As is, they're losing by five runs in the perfect balance. Everyone seems incompetent this way. No hitting, no pitching. Which is just dandy. Wouldn't want any optimism seeping into the groundwater.

I've overused the word "feckless" to the point of cliché, but here's a new one: torpid. This is the most torpid series I ever hope to see the Giants play. Painfully torpid. Containing the qualities or characteristics of torp. Zito started, Moscoso relieved, and Mijares finished. That's a test pattern. That's a three-hour student presentation in which "um" is every other word. It's completely lifeless, and the feckless offense only makes it seem worse.

Your reward for sitting through that test pattern is Yusmeiro Petit tomorrow. Can Guillermo Moscoso bounce back in time to make tomorrow's scheduled long-relief appearance? Probably not. But that's why Mike Kickham is on the roster.

Juan Nicasio hit Brett Pill and Brandon Belt in the same game. Total nihilist. Say what you want about what Scott Cousins did, but at least that was an ethos.

If I could pick a pitcher to shut down the Giants time and time again, Nicasio would be a fine choice, I suppose. He broke his neck on the baseball field just over two years ago. It's a minor miracle he's alive, much less active and effective.

It'd be a lot cooler if the Giants could score two runs off him next time, though. Just to prove they can.

Hot
Pablo Sandoval's smooth defense at the hot corner. The slimmed-down third-sacker has the moves like Wallach, and he's making the plays he couldn't just a few months ago. Watch the aerodynamic Panda go!

Not
Marco Scutaro is fielding second base like a 37-year-old second baseman. Hopefully this fixes itself over the offseason.

The Dodgers are winning right now.

New tradition: When the Giants lose a boring stinker, I'm going to rummage through my computer and see if I can find some images that I've forgotten about. 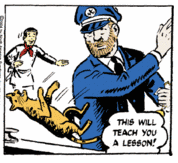 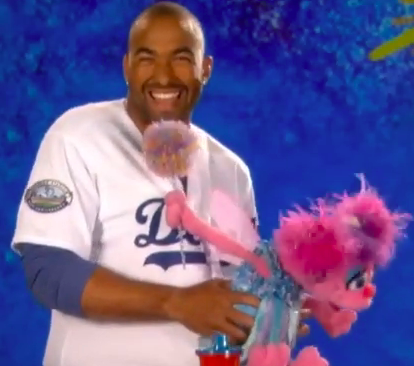 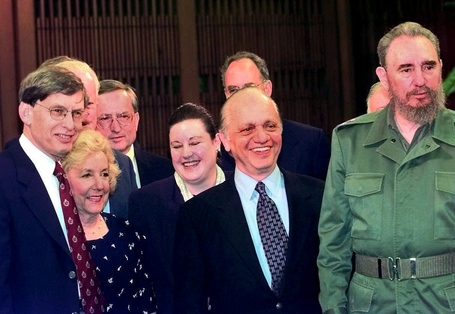 Huh. That doesn't help at all. But now they're your problem.