Other team bloggers: Awesome, I'll write about the time Chap Daleman pitched 17 scoreless and helped us win the division.

September callups are often the last hope a team offers to its fans after a long season. Here's how our network of sites responded when we asked, "Who was your team's most memorable September callup?"

Nothing comes to mind, right? Not recently, at least. Unless you count the bizarre case of the future MVP who came up for a team that couldn't hit, and then got 17 at-bats for the month. Which I still drink to forget, even if it certainly worked out okay in the end. But here's a list of rookie hitters with fewer than 150 plate appearances ranked by WAR. I limited the plate appearances in the hops of finding true September call-ups. The first person on the list that I actually watched? Brett Pill. I'm not about to write about Brett Pill's September call-up. Mostly because I don't remember it.

Right behind Pill was Damon Minor, who had three homers in nine at-bats. Did anyone else want him to start over J.T. Snow because they didn't understand park effects in the PCL? I was riding shotgun on that sad bandwagon. Sadwagon. Still, I guess that's kind of a memorable call-up.

Ah, but those are the hitters. And that's not what the Giants have been known for over the last decade. When you search for rookies in Giants history who threw fewer than 50 innings, one pitcher was almost twice as valuable as the next pitcher on the list.

There were prophecies about this pitcher. 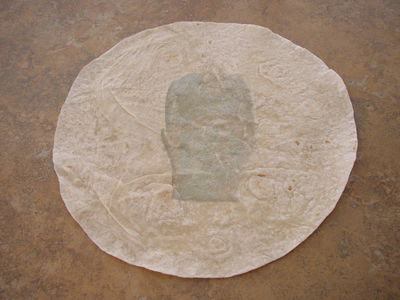 People came from thousands of miles to see this pitcher's image on a tortilla. It was foretold that this pitcher would herald an era with multiple championships, a perfect game, and Matt Cain. Poppycock, some said. Balderdash, others groused.

After the seven golden swans flew overhead, the seven bubbling springs of purity welled up from the earth surrounding McCovey Cove. A single note from a trumpet of light announced the first pitch, and open weeping was contagious. It was Matt Cain's first start.

It all came true. Matt Cain most certainly did usher in the era of Matt Cain, which meant a tremendous amount of Matt Cain. And, lo, it was good. He came up on August 29, so he wasn't a pure September call-up, but close enough. He got to face the Rockies in San Francisco -- probably the most ideal situation possible for a young pitcher. The Rockies' hitters have always hissed like vampires in sunlight when they're exposed to the thick, sea air, and Cain did okay. Five innings, two runs, four walks, two strikeouts.

In his next start, Cain was fantastic. Seven innings, one run, one walk, and four strikeouts. The Giants scored just enough runs for Cain to win, and the bullpen held on. This is what's known in some circles as "something that doesn't mean a damned thing. What's wrong with you?" But it felt like it meant something. Cain was good. Cain was just 20, and he was already a good pitcher. This changed everything.

Then, on Sept. 9, Cain started against the Cubs.

Beautiful. I was on a houseboat on Shasta Lake, so I was completely oblivious the prophecies were coming true. Luckily, Josh From Hollywood was on the scene:

I thought Trevor Wilson was the next Sandy Koufax. Growing up, I bought the Giants media guide every year and follwed Salomon Torres' stats all the way up from A ball -- I had all my friends convinced he was the second coming of Juan Marichal. You know the names which have followed -- Van Landingham, Estes, Ainsworth, Williams, Foppert. Each one carries with it my dashed hopes and dreams. So I've been careful not to give up my heart so easily. I read all the stories on Matt Cain with a healthy amount of cynicism.

Yes, yes. We were all a little scarred. There was no way a Giants pitcher could actually fulfill his promise. That didn't happen. Sure, pitchers could come from outside the organization, like Rick Reuschel, Dave Dravecky, and Jason Schmidt, and help the Giants get to the postseason.

But Matt Cain's ceiling -- if we were lucky -- was Russ Ortiz. That was the ceiling of every Giants prospect, probably because he was the best homegrown pitcher the Giants had since … Scott Garrelts? John Montefusco? That's what following Giants pitching prospects used to be like.

Say, who was pitching against Matt Cain in that complete-game masterpiece?

"I knew Matt when he first came in [the Giants' system]," (Jerome) Williams said. "I don't like him right now, because he got a hit off me. But he's a good young kid, throws the ball very well and has a promising future. Hats off to him."

Hats off to Matt Cain, indeed. It kind of had to be Williams against him in that start. Williams met Cain before the game, and said, "Hey, you can take this vial of glowing, humming liquid. I was supposed to drink it before my first start as a Giant, and I was like, 'No way.' So it's all yours."

The lede from my favorite article about the call-up:

With all the subtlety of a thermonuclear device, wiseacre Lance Niekro stuck his hand through an army of reporters interviewing Matt Cain and planted an open can of beer on the pitcher's chair, knowing Cain would have to let it breathe for 22 days until he can legally drink it.

As far as hitters go? There aren't a lot of memorable September call-ups of recent vintage. Well, there's wiseacre Lance Niekro, but he probably doesn't make the final cut. When it comes to pitchers, though, there was Matt Cain. And unless he discovered cold fusion, there's just about no way his Giants career could have gone any better.

The prophecies were true.

September call-ups for the Giants