This is not what you were expecting when you woke up.

Share All sharing options for: An important question about Giants nesting dolls

This is one of those latter times.

An alert McCovey Chronicles reader sent over this picture, taken by a friend in Russia. 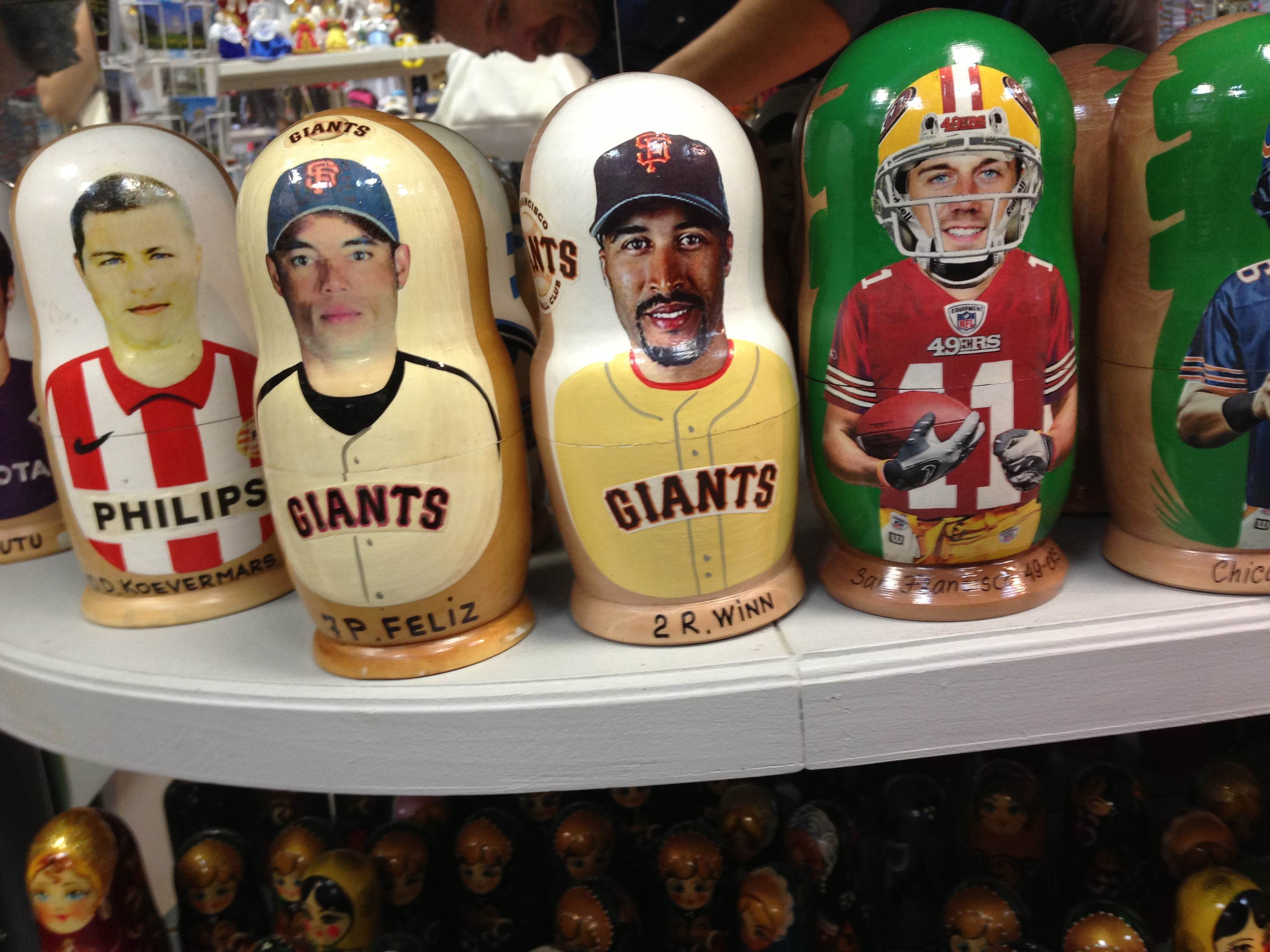 Inside the Randy Winn is something smaller. And inside that is ... well, you get the idea.

Inside the Alex Smith one are nothing but Mike Nolan's car keys, which Nolan spent an entire day looking for once. At least, that's what I'd like to believe.

But, okay, we have a picture of a Russian shelf with Pedro Feliz and Randy Winn matryoshka dolls. That's all we have. The dolls were not purchased, possibly because the friend of the McC reader was being arrested at the time, which would be the ONLY DAMNED REASON NOT TO BRING BOTH OF THOSE HOME. But whatever. Now we get to speculate.

The matryoshka doll usually follows a pattern: It's often chronological, but it could be something to do with hierarchy. As in Feliz is the king, and the smaller dolls he has consumed are subservient to him. I have some matryoshka dolls from when I went to Russia as a 13-year-old. One of them is a big Gorbachev, and inside him in order is Brezhnev, Khrushchev, Stalin, and Lenin. So chronological. But I also have one of the Beatles with John on front and Ringo in the middle. So hierarchy.

Our job is to figure out what's in each doll. What's in the dolls? WHAT'S IN THE DOLLS?

Option #2
This is the chronological option. This means inside Feliz is Edgardo Alfonzo. Inside that is David Bell, followed by Bill Mueller. It can't be Matt Williams in the smallest spot, so it's either Russ Davis or Mark Lewis. The six-inch doll is a better fielder than either player, too.

Option #3
Hierarchy. If Feliz was really one of the better position players developed in the '90s and '00s -- and he was! -- who would be inside?

Fred Lewis is the next one, no question. He was almost good. And Kevin Frandsen still has a career, so he's next. John Bowker's still raking in Japan (when healthy), so he's the fourth one. Finally, it has to be Velez. Sweet, sweet Eugenio Velez.

Honest question: How much would you pay for that matryoshka? Triple digits, at least.

Option #2
This would be the hierarchy, and I'd like to think it represents the 2005 season, in which Barry Bonds was hurt and Winn almost led the team in WAR, despite not being on the team until July. The the next five players on the team by offensive WAR that year:

That is not hyperbole. Also, the 2005 Giants didn't make the playoffs for some reason.

In conclusion, I'm starting a Kickstarter to send me to Russia on a fact-finding mission. Even if you can give only $500 or $600, your contribution would go a long way.