The story, in case you're unawares: Reader/intern thirteenthirteen had a great idea for a Marco Scutaro rainglobe because of this:

I took that idea and wrote a post about it here. I was like the Mark Zuckerberg of the idea, but without the affability. From there it was tweeted and Facebooked and tumblr'd and instagroop'd and myspace'd and livejournaled and prodigy'd, and finally the Giants said, "FINE, WE'LL DO IT."

Then I put up a teaser poster that looked like a cheese grater, even though I spent an hour on it. 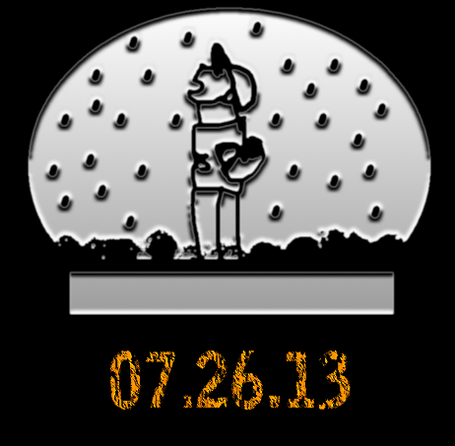 Like, If I were a trained graphic artist commissioned to make a cheese grater, that would have been admirable work. I have no idea how that happened. It's supposed to be rain, everyone.

But! That was premature. So it was scrubbed from the site. The rainglobe giveaway became a wink-'n'-nod secret around here. Then there were commercials for it. It's really happening, everybody: Social Media Night, with a special ticket package that nets you a Marco Scutaro rainglobe: 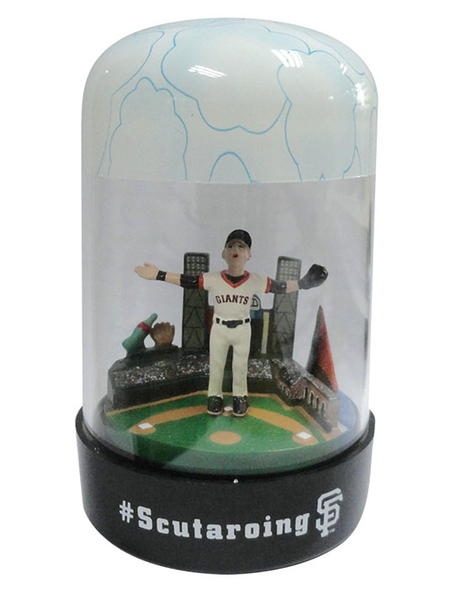 Glorious. Just glorious. The #scutaroing bit ties into a contest the Giants are running to promote the night. Take a picture of yourself or someone else accepting the lord's drippy bounty, Instagram it, then tweet it with the hashtag #scutaroing, and you could win field passes, seats, and a meet-and-greet with Marco Scutaro. CAREFUL WHEN YOU SHAKE HIS HANDS. I heard that he doesn't even have bones in them anymore.

Ahhhh. See you're not even thinking about that thing from last night. The whatever with the celebration. Marco Scutaro rainglobes, everyone. There's also going to be some sort of panel and pre-game party in Triples Alley. But I'm going for the rainglobe, and when people aren't looking, I'm going to take theirs.