Giants trade rumors: Checking in with the outfield-selling competition

I'll miss Pence if he goes. But I'll miss the missed chance more.

Share All sharing options for: Giants trade rumors: Checking in with the outfield-selling competition

One of my favorite quotes of the trade deadline to this point:

The Rangers ask for Miami Marlins right fielder Giancarlo Stanton "every week," according to a major-league source, but every week they get the same answer — "no."

Everyone would like Giancarlo. But the Marlins are being greedy. That's is good for the Giants if they want to trade Hunter Pence. Which, dammit, come on. I'm as big of an aficionado of gangling as the next guy, but if the difference between two months of premium gangle is the difference between a package of prospects and a supplemental draft pick, well, that's just silly to go with the gangle.

The biggest reason the Giants need to be serious about trading Pence is a simple list of the top outfielders potentially on the market:

Rios is owed $13.5 million after this year, and he's hitting worse than Pence in a hitter's park. Since the start of June, he's been like Andres Torres without the speed. Byrd was an NRI for a reason, and there's no way I'd trust him to be more than the right-handed part of an outfield rotation. Soriano is bad and picky about his teams. Nate Schierholtz is rad, but he probably isn't this good. Ibanez is a terrible fielder. And the next opinion on De Aza will be my first.

Aoki, with another cheap year of control, is probably the prize. Then maybe Schierholtz, unless the White Sox are sending over pails of cash with Rios. I'd say Pence slots below Aoki and well above everyone else. And the teams that might be in the market for an outfielder:

And one of those teams is going to come out of the trade deadline like this: 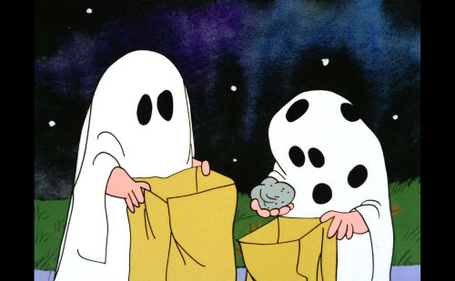 It's pretty similar to last year, really. The Giants wanted an outfielder. There was Hunter Pence and little else. And the year before, there was Carlos Beltran and little else. The supply of available hitters is low, while the demand is at least medium.

"Say, isn't Nate Schierholtz as good or better than Pence, but much cheaper?" you ask. To which I respond, "Shhhhhhhhhhhhh, you fool." Pence still has name-brand recognition for whatever reason. And he's having a good year. He'll probably hit a billion homers in Arlington. Or at least four or five. The Rangers are interested, again.

As was pointed out earlier today, it's pretty hilarious to search Twitter for "Pence + Profar." Seems legit! All that's left is the waiting game. But even if -- big if -- the Giants somehow can't get one of the most valuable prospects in the game for two months of an okay right fielder, they should still be in the bazaar, hawking their wares.

I'm still thinking some sort of gigantic package deal with the Tigers is the way to go. But, really, I'm just hoping the Giants get some good value back, and that they check in with Pence this offseason. It worked with the Phillies and Cliff Lee. Kind of. Except for the parts that didn't work. But the trade-'n'-sign-again part worked.

I'm hoping the Giants take the chance. They'll need an outfielder before next year. But that was going to be the case, regardless. At least they can salvage this tire fire of a season with some prospects to distract us for a bit.

(Unless they can work up a contract extension before the deadline. But that's a different article!)