Giants still on pace for undefeated second half

Share All sharing options for: Giants still on pace for undefeated second half

Four-and-a-half back. The Reds have won three straight games, and they're four back in the N.L. Central. They're on pace to win 92 games, and they're four games back. The Giants, having played an extraordinary amount of bad baseball to this point, are just 4½ back. The NL West is being taught by one of those hippie professors who doesn't believe in letter grades, and the Giants still have a chance to get a "magenta-tinged sunset +."

Heck, the A's were five games back after their 95th game last year. You don't have to dig through the bowels of history to find a team that clawed back from this kind of deficit.

Oh, fine, we'll dig up an outdated macro to make the point: 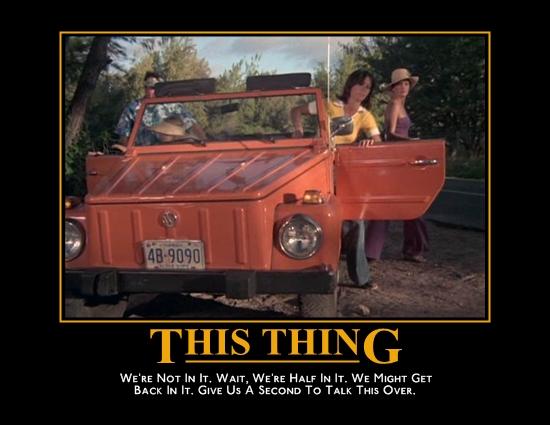 The Giants might be in this thing. But a loss on Sunday puts them … and then a loss on Monday would … you get the point. Still, if I had to choose, I'd reckon that winning the first two games in the second half was a good decision. Feel that in my bones, I do. Hooray for winning.

Here's something that encourages me in some twisted way: Matt Cain didn't have his best game. He started well, but he eventually started losing hitters and walking people who had no business taking a walk. Matt Cain hasn't been the pitcher we're used to this season, but it's usually been because he's been hit hard. The walks are a rare thing. But he still won the game.

Normal teams, normal pitchers can get away with those walks every so often. Sometimes they'll get burned, sometimes they'll get away with it. But it feels like for the last four months that Giants starters have excelled in not getting away with anything. It's been an unwelcome superpower. Maybe it's the cognitive bias that makes me think that the Giants' starters have had a black cloud over their heads that other teams don't. I really only watch only one team, so how in the heck would I know?

Cain wasn't his best, but he was still okay. Feels like the Giants haven't had a lot of those games lately. It's either been AT&T luxury box or Candlestick urine trough. For them to win a game like this is a good sign. Though I guess any win would have been a good sign. Whatever. Giants won, don't nitpick me.

I'm not sure if I've ever seen a game in which a trainer had to visit the mound in the seventh, eighth, and ninth innings. That wasn't the best omen.

Jeremy Affeldt is getting an MRI, but I'd be surprised if he didn't go on the DL. When you grab your groin like that ... well, not when you grab your ... look, it didn't seem like the kind of injury that Affeldt was going to shake off.

The surprisingly reliable Sandy Rosario -- he's like the Jean Machi of May of July -- took a ball off the pitching hand and had to leave the game. And even Sergio Romo tweaked a something or rather in the ninth.

Affeldt will probably miss some time. Shawn Estes and Greg Papa were talking after the game, asking if the Giants needed another left-hander now. Considering that it's a little weird for the team to have three left-handers in the first place -- including two who should never face right-handed hitters -- I'm going to say no. No, they don't need another left-hander.

Duane Kuiper coined the phrase "Giants baseball: torture." It rubbed other people the wrong way, but Giants fans sure embraced it. "Torture" became a buzzword. A buzzword, not a safe word. The safe word depends on how Pat Burrell is feeling. But the buzzword stuck.

In the top of the seventh, the Giants got out of the inning on a quick flip from Brandon Crawford to Marco Scutaro, who caught the ball with his bare hand to end a substantial threat. As everyone ran off the field, Kuiper shouted: "I need a nap."

Giants baseball: I need a nap.

That's worth an update to the site's tagline. That guy is a poet, I tell you. A poet.

After the game, the three outfielders got together in center to jump up and touch hands like three Wonder Twins, which doesn't make sense by definition. But, okay, fine, that's a pleasantly silly tradition.

My question is this: Who brings it up to Francoeur when he comes to the team?

Hunter Pence: We jump into each other after a win. That's kind of our thing.

Pence: But it's really our thing. Are you in?

Pence: Are you in? Or are you yella?

Pence: Awesome! You're almost in the club! Now you just have to take a bite of this.

Francoeur: oh god what is that

Pence: One bite. Then you're in for life. For life. Come on. Push the bloody tentacle out of the way, and go for an antennae.

They're all grown men in pajamas. When you put it like that, everything they do seems normal in comparison.