Grading the Giants' first half, part I: The hitters

How did the Giants' hitters do in the first half? You won't have any idea until you look at these arbitrary grades.

Share All sharing options for: Grading the Giants' first half, part I: The hitters

Okay, so we're at an easily identifiable division between the first and second half. Which means there's a chance to review and recap the first half, even if the exact demarcation line is completely meaningless and arbitrary. First up: the hitters.

The Giants have been pretty miserable this year. If you would have known that fun fact before the season started, you would have figured the offense fell down an open manhole again. That Hunter Pence was a disappointment again, that Brandon Crawford was a black hole of outs, and that the left-field platoon was a failed experiment. Not the case.

Position by position, with first-half grades that are relative to expectations, I think:

1B - Brandon Belt
This is going to get a feature-length look before the games start up again. I was worried that there weren't enough opinions about Brandon Belt on the Internet. But the schism between Brandon Belt lovers and haters is … bizarre. At best. He's an imperfect player who is doing reasonably well. I don't get how that's controversial. Other players strike out a lot, too. So it can't just be the strikeouts. Is it really the shoulder slumps? Is it really how he looks that's the problem?

Because it's not the production. He's slugging .448 and second on the team in homers. His batting average and OBP aren't ideal, but they're better than several of his teammates.

He even has a ton of late-and-close hits in big spots. I don't get it. Why him? How did he become the lightning rod? So odd.

2B - Marco Scutaro
It's a mostly empty batting average (meaning, lots of singles, little else), but he's kind of the best, in which the best is defined as "someone who seems a lot better than he might appear to the outside world." I was hoping for old-school Scutaro, figuring that the hit lord from the second half last year wasn't going to show up ever again. Turns out he split the difference, and he's a deserving All-Star.

His defense has been okay, which is a step up from the Keppingerian stuff he was showing last year.

SS - Brandon Crawford
The hot start sure was fun, everybody. But of course it couldn't last. He started June hitting .293/.357/.455, then hit .238/.286/.262 for the month, dragging his overall numbers down. The defense has been consistently good, of course, and the overall numbers are still far, far above expectations.

And for July? A cool .293/.356/.366. If he could do that every year, he would get a nine-figure contract. I would have pegged Madison Bumgarner for an above-average OPS this year before I guessed Crawford. It's nice to be wrong.

3B - Pablo Sandoval
Oof. Well, first things first, let's start a fake controversy. I got an e-mail alerting me that Pablo Sandoval was partying at the Playboy Mansion last night: 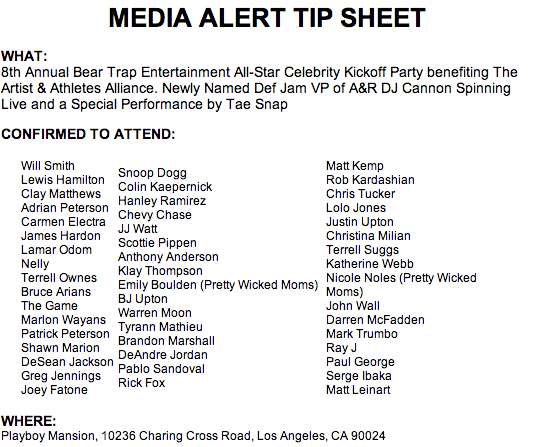 Seems like something that will be greeted with rational responses and analysis. Also, I'm sad about the comely lass who wanted to meet basketball superstar James Harden, but had a completely different experience.

Sandoval looks even fluffier than normal, and his production is way down. They could be related. Maybe it's even likely that they're related. Doesn't mean it's not annoying to hear about continually.

He has a positive WAR now, and he's in the middle of an encouraging hot streak. To the micro-splits!

That's about right. Hopefully the first and last parts are the real Sandoval, or something close to it. Because a struggling Sandoval might be the hardest player to watch in baseball.

LF - Gregor Blanco, Andres Torres
The idea was to have speed and defense in the outfield, maybe with a little OBP, to make up for the complete lack of power. And the lack of power is kind of a problem; the Giants rank 28th in left-field OPS. That's not completely unexpected, I suppose. But the weird defense from Andres Torres is completely unexpected. It's like he went to New York and used the toothbrush that Angel Pagan left behind, and now he's infected. The left-field gamble would be working a lot better if it weren't for the weird defense.

Blanco's been pretty okay with the bat, though, and Torres complemented him well against left-handers. Jeff Francoeur might do the same. I'm not worried about his production against lefties, but his overall production, rather. I'm pretty convinced that he's going to start 80 percent of the games.

CF - Angel Pagan, others
If you're not half-expecting a Pagan injury, you're not aware of his history (and how he plays). Pagan wasn't out-hitting Blanco when he went down with his hamstring problem, and he certainly wasn't out-fielding him. That doesn't mean that the Giants are better off without Pagan in the lineup. But they're better defensively, at least in center. Which is kind of a problem, seeing as Pagan still has three years left on his deal.

For now, though, it's tough to be too hard on a guy who isn't even going to be around until September.

RF - Hunter Pence
I was kind of scared that he was broken. Like, in a baseball way, too. He was so bad, so predictable last year. So Rowandy. There was even talk that he was going to be non-tendered. Remember that?

He's been one of the better stories of the half, then. He's hit, he's caught, he's thrown, he's run ... he's flashed hecka tools, in other words.

Well, Pence was hitting. He's 9-for-his-last-69, and he's got the eye of the Rowand again -- always one of Survivor's worst songs. But he was pretty consistent/exciting/terrifying for a couple straight months. He also saved a no-hitter. 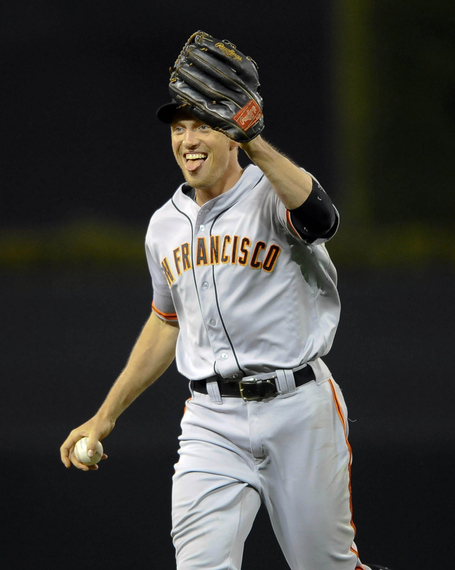 So I'll partially overlook the slump at the end of the half. He's still in the pleasant-surprise category.