Finally, the curse has been lifted.

It's a funny thing, the idea of deserving to win. Baseball is usually high, and I'd guess that 40 or 50 percent of the games don't even have a deserving winner; there's just one team that gets a little luckier than the other. The Giants won this game on a sequence of infield hit, bunt, infield hit, intentional walk, bloop single. The Marlins' fielders double-clutched on the first one, almost blew the second one, bobbled the third one, gifted the fourth one, and bobbled the last one. Who deserved to win? I think the Giants just deserved to lose less.

I almost used the "Charlie Brown and the used valentine with someone else's name scratched out" line again, but I remembered that I've used it before. The last time I used it here? Game 3 of the NLDS. Oh, yeah, that feels about right. What an ugly win. What a glorious win. I have no idea how the Giants won. They were an umpire's judgement call away from not scoring at all. I …

Let's thoroughly examine what Sandy Rosario did in the 11th inning. That's a better way to explain it. 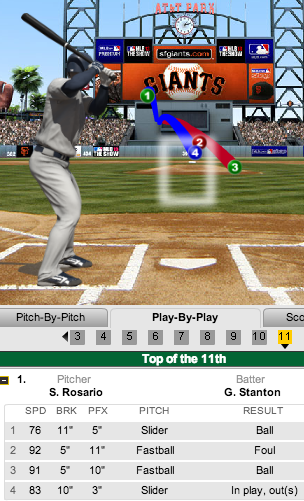 A fastball at the letters and a hanging slider to Giancarlo Stanton. Out. 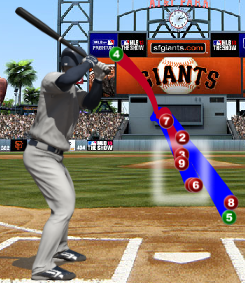 Pitches two and three were hanging sliders to Adeiny Hechavarria. He eventually struck him out on a fastball that was perfectly equidistant from each corner of the strike zone. It was pretty much modern art. 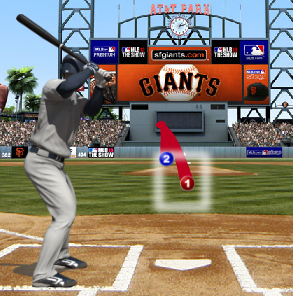 A fastball that was almost in the same spot for strike one, and then a better pitch that was fisted into the tentacles of a diving Hunter Pence.

If you want bonus coverage, here's Rosario against Ed Lucas in the 10th inning: 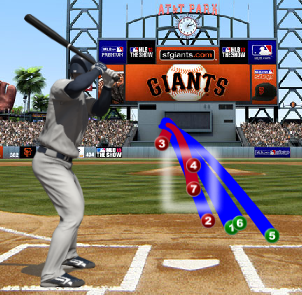 The fourth pitch was a slider. With runners in scoring position, Sandy Rosario hung four of the fattest sliders that have ever been thrown at AT&T Park. The Giants won anyway. The cognitive dissonance is making my stomach queasy. But in a good way.

I wanted to end this section with a GIF of Clint Eastwood saying "Deserve's got nothing to do with it," but a Google search led me to this album instead, and now I forgot what I was going to write because holy crap that album.

Horrible person: THAT BASEBALL IS COMING TOWARD ME.

Horrible person: I CAN GET IT. AND THEN PEOPLE WILL LIKE ME.

AT&T Park security: Okay, sir. You're going to have to come with me.

Horrible person: A SMALL PRICE TO PAY FOR A FREE BASEBALL.

Horrible person: OKAY. WAIT, YOU CAN'T ARREST ME. WHY ARE YOU TYING MY HANDS TOGETHER AROUND THIS FLAG POLE?

Horrible person: WHY ARE YOU GLUING FRENCH FRIES TO MY FACE?

Horrible person: I HAVE REGRETS. OH GOD NO, NO, NO.

Just do it once. The video will go viral, and everyone will know what happens to people who interfere on balls in play. That, or the Giants will attract a subculture of seagull fetishists who buy first-row seats.

Kind of burying the lede, here, and that's Barry Zito pitching extremely well in his first start after his dad passed away. We've spent almost seven full years with Zito now, and he's been booed of the mound and cheered into the dugout, with all stops in between. And while I don't want to spread the hyperbole on too thick, I felt just about as proud as I could imagine ever feeling for a baseball player when he walked off the mound.

I have trouble concentrating on my writing when a moth gets in the house. I can't imagine the mental partitioning required to go out and pitch a game like that, especially after everything started crumbling in the early innings. It was a reminder that even Barry Zito is still one of the best 1,000 baseball players in the world., and that's something that's easy to take for granted. He pitched with a heavy heart and a heavy cutter, and he shut the fabled* Marlins lineup down.

It's a weird relationship between Zito and this city. But for an afternoon, everyone was pulling so danged hard for Barry Zito. He responded in kind, and I have no idea how he did it.

* one of those freaky, old-timey fables, where the witch eats everyone and sets fire to the crops.