Share All sharing options for: Pablo Sandoval on DL, Nick Noonan called up

Pablo Sandoval left Saturday's game against Arizona because he aggravated his foot strain. At least, that was the story at the time. But while on 95.7 The Game, Larry Baer said Sandoval has a hairline fracture in his foot, and various sources reported Nick Noonan was on a plane to Pittsburgh. So there it is. Your yearly broken bone for Pablo.

There shouldn't be any hamate bones in Sandoval's feet, but here we are. Which means there's probably one in his other foot. He has hamate bones in his ankles, wrists, fingers ... this could go on for a while.

Nick Noonan is coming up, and he'll probably get a few starts at third, along with Joaquin Arias. Tony Abreu has played the majority of his games at third in his major-league career, so he's a possibility, too.

For the third straight season, Sandoval will miss a few weeks (guessing four to six) because of a broken bone. There was a #fatchat column from Scott Ostler in Tuesday's Chronicle, and it's getting to the point where it's harder and harder to brush off the #fatchat because Sandoval's productive at the plate and in the field. I have absolutely no idea if the extra weight that Sandoval is carrying has anything to do with the stress fracture, but it seems possible, if not likely. When Baer was talking with Bucher and Towny on 95.7 The Game, he explicitly said that was not the case.

Still, maybe this will be a wakeup call.

This will not be a wakeup call.

Or maybe Sandoval has too many vitamins in his system. Maybe he's all hopped up on vitamin R. 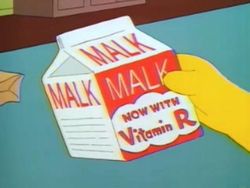 Whatever the case, the injury will weaken the Giants' lineup and possibly Sandoval's All-Star candidacy. If you woke up wanting more Joaquin Arias, well, guess what, cowboy? You got it.