Did the Giants forget about the bullpens when building AT&T Park?

Share All sharing options for: Did the Giants forget about the bullpens when building AT&T Park?

About once a week I'll mention Baseball-Reference.com as the best website in the world, but there are close seconds. Snopes.com is one of those close seconds. When someone e-mails about gypsies stealing the credit card numbers imprinted in the jeans we donate, it's such a rush to respond with a single link and nothing else. "I took five seconds," the link seems to say, "so you didn't have to."

More than that, though, urban legends fascinate me. I've met different people who knew someone working the ER when Richard Gere was admitted. They still swear by it years later. Completely fascinating. And there's a little urban legend that has to do with the San Francisco Giants, and there's nothing on Snopes.com about it. Looks like I'll have to call out the investigative unit. By which I mean "send an e-mail."

The Internet momentarily went dark from the sick burn. Use some aloe on that, Heyman! But it isn't as if Doolittle came up with this theory. The first time I heard about it was in Deadspin:

There's an old story, probably apocryphal, that the architects had intended to stick the bullpens in center field, but somehow forgot when the time came to build them, so consumed were they by the ballpark's outward appearance. That's why they're now in foul territory, a la Wrigley. I love this story. It's like a little parable.

I'm not sure where the source is. A search turns up various message boards with stuff like this:

When AT&T Park was finished (then PacBell) It was designed to be a stadium first and then a baseball park second. In December of 1999, about five months before opening day in April of 2000, the players were given a tour of the stadium and the field. As they were walking around, one pitcher (unknown) spoke up and said, "Where's the Bullpen?" They realized that they forgot to build bullpens for the relief pitchers. They had to scramble to build the bullpens in emergency status and placed them at and beyond 1st and 3rd base in short L and R fields.

If you're an urban-legend connoisseur, you know this has some classic qualities. It makes "experts" look like fools, and it shows the Giants' owners as people more interested in the cash than the baseball. The unnamed pitcher represents baseball -- he's the living embodiment of baseball's purity. How dare you forget about the baseball, you horrid team.

Except the legend isn't true. I e-mailed Alfonso Felder, the senior vice president of facilities for the Giants, and here's his response:

The bullpen location at AT&T Park was a deliberate design decision intended to maximize the ability of fans to see bullpen action which is not possible in many new parks. Bullpens were on the field at Candlestick and more importantly they are on the field at Wrigley Field - a classic and intimate urban ballpark that served as a model for AT&T Park in many ways.

Before anyone thinks this is the Giants tripping over a curb and calling it an interpretive dance, think about how stupid the urban legend really is. Look how many parks HOK (now Populous) built! This isn't someone with a bootleg copy of AutoCAD messing around on a laptop, selling the plans to the Giants in exchange for season tickets. The design of a structure like AT&T Park is so, so, so, so meticulously planned. Every bolt is accounted for, every rivet. It's the job of scores of people to remember everything. The park isn't going to go from design to implementation -- with scads of Giants representatives hanging on every update -- with them forgetting an essential baseball piece. This wasn't Molly Ringwald's 16th birthday; it was a $357 million ballpark.

Can you think of something that big where things were that messed up? 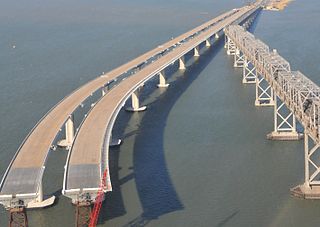 Okay, can you think of two things? That's the government. Doesn't count.

And if Felder's statement isn't enough for the skeptics, how about Peter Magowan from before the park opened?

"Major League Baseball wanted 330 feet down the line, 375 to the power alleys, 400 feet to center and 8-foot high walls," Magowan said. "We wanted high walls and low walls. We wanted angles, and short and deep distances. We wanted asymmetrical things, and we wanted seats as close as possible to the field.

"We wanted all the seats to face the pitcher, like at Wrigley and at Seals Stadium. We wanted bullpens on the field, like in Wrigley. Wrigley Field was built in 1912, but it had it all: green seats, seats that faced the pitcher, quirky features."

It was a fun urban legend. Can you believe how stupid the experts can be? Boy, that really makes my drab existence feel worthwhile, let me tell you. But it's not true.