The secret about the Colorado Rockies and ex-Giants catchers

Share All sharing options for: The secret about the Colorado Rockies and ex-Giants catchers

Ha ha, suckers. This isn't really a series preview. This serious, scholarly research into a subject that's long fascinated me, but one that I've never explored in depth. This will not interest 90 percent of you, which is why it's probably a good thing to get up on a Friday afternoon. Not like that's stopped me before.

No, this is about catchers. Specifically, the ex-Giant catchers the Rockies have employed in their 20-plus years. Since the Rockies were borne of fire, purple death, and carefully monitored moisture in 1993, they've used 37 different catchers. Of those, nine were ex-Giants. That's almost a fourth of the catchers in their franchise history. Because this is serious, scholarly research, I made sure that no other teams could match that feat since 1993. My findings:

The Rangers' number should be thrown out because it includes A.J. Pierzynski, whose parents never met in our alternate universe, so he doesn't really exist. (It's canon.) But even with that asterisk, the Rangers can't come close to the Rockies.

Also affecting this list: Yorvit Torrealba has played for all 30 current teams and several teams in the Federal League. He's kind of the free space on Giants-catcher bingo.

The Rockies almost double up the competition. Here's the list of ex-Giants they've employed, in order:

Nine. But here's the thing. They're not done. Hear me out because this is going to get a little wild, but I think they have plans for a 10th.

There is a Rockies plot to abduct Buster Posey.

When you drive into the Denver International Airport, you are greeted with a gigantic blue horse. 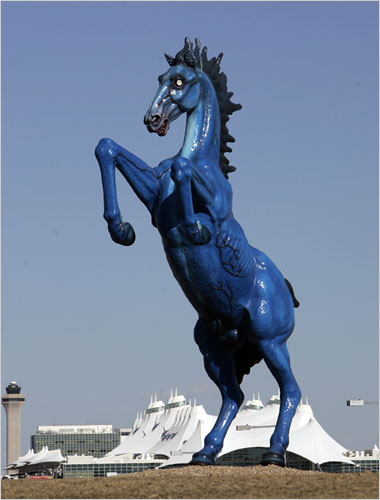 Seems normal, right? But unpack it. An anagram of "Why airport blue horse?" is "Posey with a bro hurler." This is a reference to Brian Wilson, who is almost certainly involved. Where is Brian Wilson right now? Planning the abduction.

Then there's the art contained inside the Denver Airport: 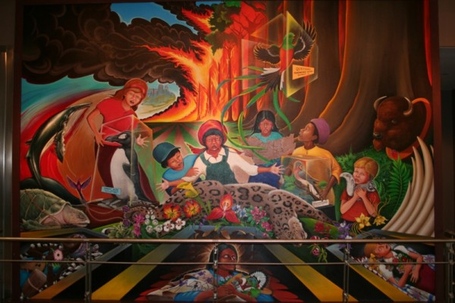 This is a mural of the world's destruction and rebirth. The various animals in the mural represent the secret animal hats that the Giants plan to market, releasing one nickname every year. Jose Mijares is scheduled to be "El Tortuga" this year, and fans will be expected to buy tortoise hats by the dozens. Gary Brown is to be "The Jaguar" if he is called up, Joe Panik is "The Dolphin," and so on.

Buster Posey is scheduled to get a nickname of "The Bird of Paradise." For obvious reasons. And in this mural, he's encased in plastic as he's abducted. The bones on the right side represent Dinger. 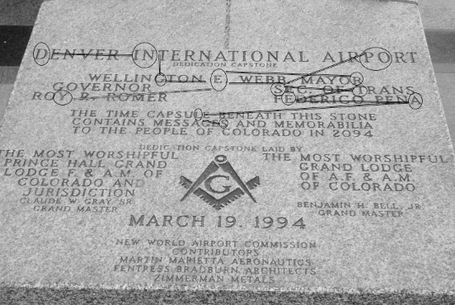 The Masons are a reference to "Roger Mason", who was a Giant in 1987 -- the year Buster Posey was born. Mason was a teammate of Bob Melvin, who was the manager of the 2005 Diamondbacks, who had Shawn Estes, Russ Ortiz, Brandon Medders, Tim Worrell, Javier Lopez, and Matt Herges.

Melvin is a former Giants catcher.

Scott Hairston was on that team. 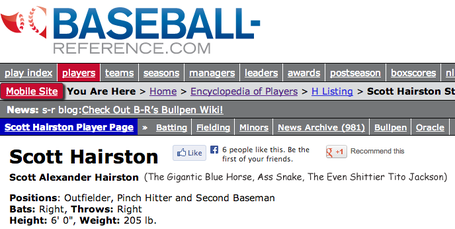 You see where this is going? You see now? This is real. The address for the Denver Airport is "10 Catcher Lane." Probably. And that's a reference to the 10th catcher to fulfill the prophecy.

Conclusion: This is the worst post in the history of McCovey Chronicles, the Denver Airport has some weird-ass art, and we should probably burn every Dinger costume in existence just to be sure.