Barry Zito is probably the best pitcher in baseball now. I'm doing some research, but I'm pretty sure it's true.

Okay, that's not a traditional paradox, but you get the idea. Zito triggering the option wasn't a risk because he wasn't going to pitch well enough. But if he did trigger the option, say, he must be doing something right. Like, $18 million right. And here he is, for the second season in a row, opening the season with a bunch of scoreless innings. Like last year's first-start masterpiece, you're likely to be disappointed if you try to divine a lot of meaning out of it. The odds are incredibly good that Zito is going to pitch zitolically for the rest of the year. Highs, lows, dizzying in-betweens. Mostly in-betweens.

Trolling. The Cardinals destroy lefties, but it's like they got that ability from a monkey paw that somehow makes them vulnerable to the Zitos of the world.

And the public-relations re-imagining of Barry Zito continues. One day Ice Cube is telling you to fornicate with law officers, and the next he's in a kids movie called Are We There Yet? Before you knew it, he made the transition from rapper who terrified your parents to actor who invited parents to enjoy his lighthearted romp. Though in Zito's case, the awful version came first and the compelling version came second.

Oh, and it's Zito's name in lights on the blimp these days.

Sandoval's defensive start to the season is the kind that will color your opinion for the rest of the year. He's made five spectacular plays by my count, which means that you'll give him a pass for the next dunderheaded one he makes. Then he'll continue to alternate good and bad plays at his normal rate, but you'll have that first week of the season stuck in your mind for the next six months.

This his how Gold Glove voters operate, you know. 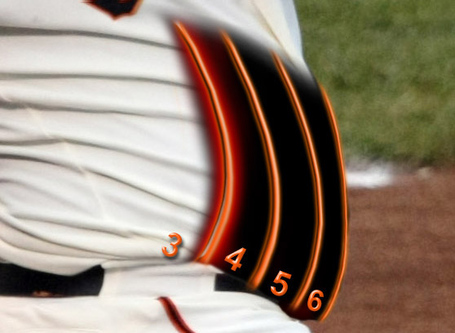 Though a couple of hits can move him back to Level 2 right quick.

Marco Scutaro struck out in just 4.7 percent of his plate appearances last year -- it was just three percent after joining the Giants. This was the best rate in baseball.

Jake Westbrook has the fifth-lowest strikeout rate of any starter with more than 1,500 innings since 2000.

So, of course, Westbrook fanned Scutaro with the bases loaded and one out. It was a critical spot of the game. It could have been the one that got away if the Giants eventually lost.

I'll pick a date out of the air at random -- June 19! -- that we can start to be worried about Scutaro. He's a hitter going through a cycle that hitters go through. But if you had to pick a matchup that favored the Giants in that situation, they had it.

Sergio Romo is on pace for the best ERA in baseball history, the best WHIP, and the best strikeout-to-walk ratio in the history of baseball. I'm pretty sure this is sustainable.

I was going to embed the video of the Giants winning a 1-0 game against the Indians on a bases-loaded balk, but MLB disabled embedding for that video. They want all the sweet, sweet ad-impression cash that comes with the torrent of balk traffic. So I'm not going to link to it. In fact, never look for it. If you need something to tide you over, here is my MS Paint rendition of what I think a balk looks like: 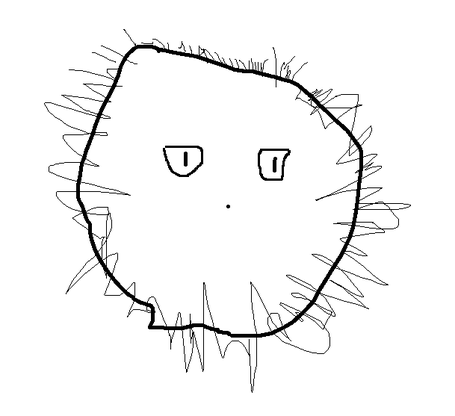