This site has been around for over eight years now, and we're just now getting Giants pitch faces? Man, oh man, did someone back at the office screw that up. One of the joys of the SB Nation photo tool is having pitch faces on tap. Every time I search for a photo to attach to the story, I'm inundated with pitch faces. Maybe too many. Maybe this is going up now because I was numb all those years.

No more. Pitch faces are glorious, but we need to study them more. Here, then, are the classifications for the pitch faces of the Giants' five starting pitchers. 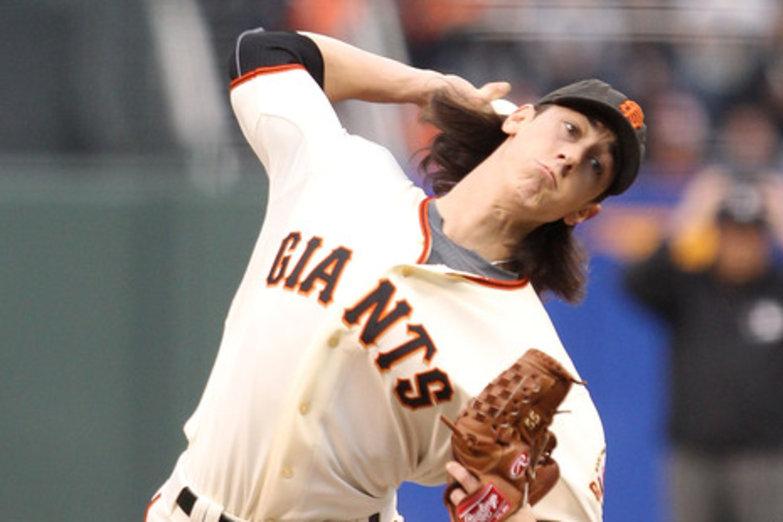 Pitchers are trying to wring out every last drop of kinetic energy on every pitch, so usually the pitch face makes the pitcher look like he stepped in a bear trap. Suggested captions are often "AARRAAAHGGGGGH" or "YOWWLLLFLLLAWWWW." Lincecum does not believe in such savagery. He's cool, collected. He's a little concerned that you're using the wrong fork, but he'll let you know with a raised eyebrow rather than a biting comment.

If Lincecum let out a war cry with each pitch -- the Maria Sharapova of pitching -- would he regain his Cy Young form? I don't know for sure, but yes. Yes, he would. 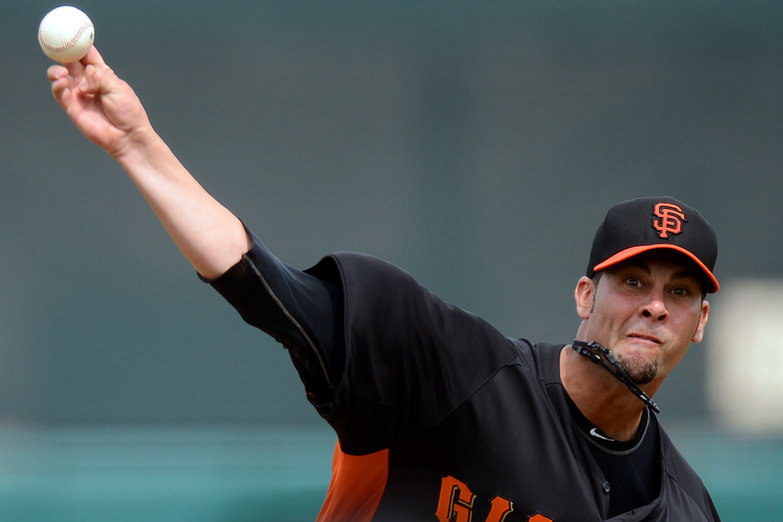 Don't be fooled. They'll mess you up.

SBN is experimenting with GIFs, so you have to hover your
mouse over to see them now. This is probably a good idea!

Have you ever tried to reason with a snapping turtle? Take its attention away from whatever the hell it's doing? You will lose a digit and/or a nose. So that's Vogelsong on pitching day -- a maniacal, sub-human focus that'll also get your fingers bit off.

Dang it, Internet, there goes my next idea. But, yeah. A real bitey turtle. 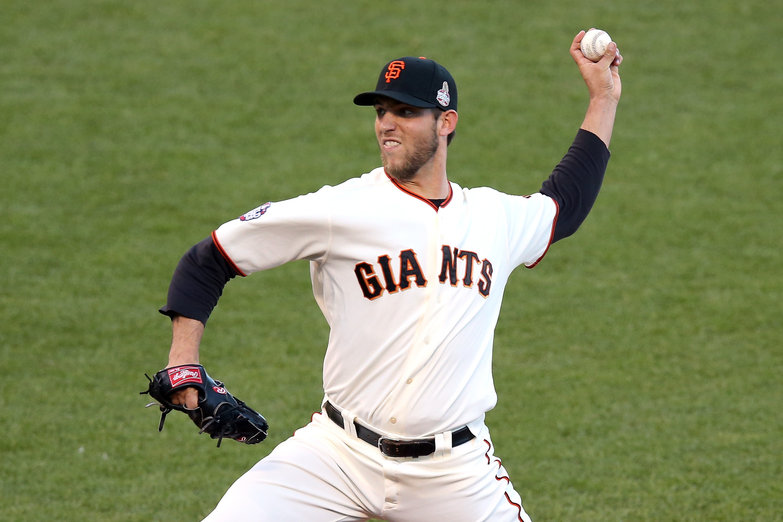 Oh, you knew this pitch face already. Its street name is "FFFFFFFFFFF." But let's dig a little deeper. Try saying "fffffff" under your breath right now. Give it six or seven fs. It's almost impossible not to take the sound to its logical conclusion. By all rights, Bumgarner should be Sam Kinison out there, screaming like he just dropped his cell phone in the toilet.

Instead, he brings it all the way up, but never fully there, then ramps it back down. It's kind of tantric, I guess, if you're looking at the world through Sting's eyes, which I know I usually do. This control begets control; the command begets command. It's Bumgarner's secret. It's why his pitch face is named after a slogan you would see in a horrible font on a shirt at the gym. 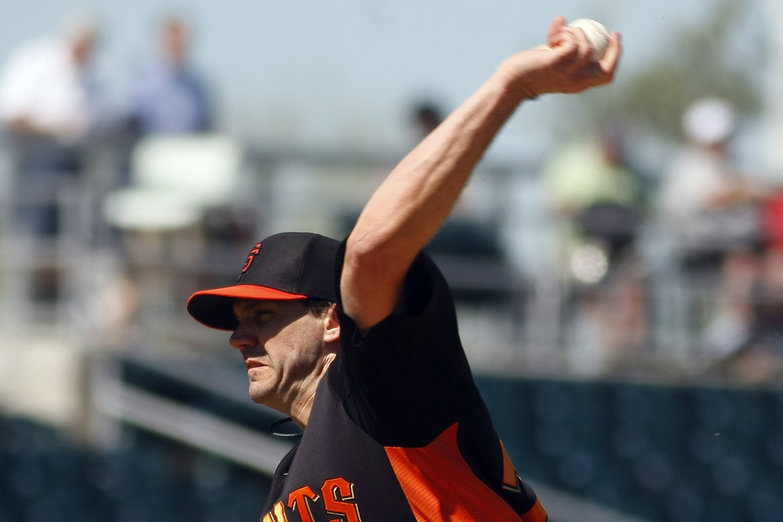 There is a task to be done. Zito doesn't want to do it. But it must be done. There's disgust, determination, and a quiet resolve that inspires us all. Sometimes. It inspires us sometimes.

Okay, this is the worst one. But the other options were "Who Farted, Y'all?" and "MOM? DAD? WHAT ARE YOU DOING? WHY ARE YOU HUGGING LIKE THAT?", and those were totally inappropriate. So you get Indy and the snakes.

Matt Cain - Old Man Trying to Use the Self-Checkout Line 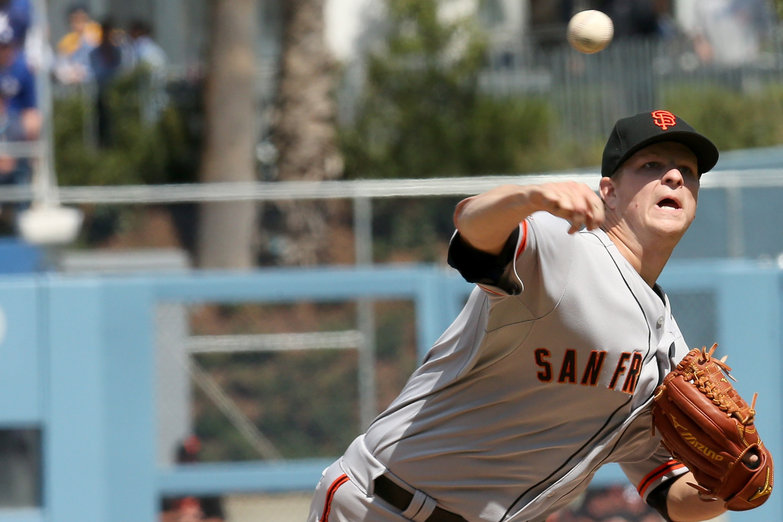 Is there anger? Yes, there's anger. Confusion? Well, he's trying to hide it, but …

Look, it's just a bunch of buttons on a screen, how hard can it be? Just press the … my what? But I don't have a Super Savers card, what if you don't have … no, I didn't mean to scan this avocado, wait, how did this even scan, there's no bar code, what is … ? I used to go to Pete's Market, and they'd have fresh stuff, whatever was in-season, always, and you'd just GIVE HIM YOUR ************* MONEY AND TAKE WHAT HE WAS SELLING. GET YOUR HANDS OFF ME I DON'T NEED TO CALM DOWN I NEED THIS AVOCADO IS WHAT I NEED.

Cain's pitch face comes right after the words "bar code." The balance between confusion and fury, which is the balance that Cain's pitches strike. The confusion of an off-speed pitch, the fury of a four-seamer above the letters. Power and finesse.

(There's also a bit of Ralph Fiennes's after picture in The English Patient in that one, but we already used a British theme for Lincecum up there. This isn't wicket-slap ball.)