The Giants have quietly started contract talks with the goal of locking up young superstar catcher Buster Posey to a mega-deal.

Word is, there's a decent-sized gap at this point, though not enough of a gap that the team or Posey has given up trying.

MEGA-DEAL WILL CRUSH EVERYTHING GRRRAAHHHH. Every time I think about possible mega-deals and young players, I think about Ryan Braun. When the Brewers signed Braun for a decade, he was already under contract for the next several years. Why would a team make a commitment to a player so far away from free agency? Why take the risk? What if something happens?

Fast forward a couple of years, and the Brewers owe Braun $125 million over the next eight seasons, and they have an option for the ninth deal. With that kind of money, you can buy five years of Josh Hamilton. Or, even better, five years of Ryan Howard. So with the benefit of a little hindsight, as we know about the big TV-rights deals and the Dodgers finding a rhodium mine under Chavez Ravine now, the Braun deal looks mighty team-friendly.

It's possible that in 10 years, no matter what happens, Buster Posey will look like a bargain. Maybe. Probably. I'll tithe to keep him here, you know.

But the Giants are a team with multiple investors. There are a lot of people expecting dividend checks, and that's the reason the Giants' payroll is high, but not ludicrously so. As such, a catcher making $25 million until he's 34 sure seems like a risky proposition, especially when you have until 2016 to commit. For years, the Giants could point to Barry Zito's contract as something that precluded them from making another big move. It would be frustrating if that happened again.

Of course, we're talking about the best catcher in baseball, not a pitcher with declining numbers and velocity readings. But we're still talking about a catcher. They squat for a living. Squatting sucks. Doubly so when they're wearing heavy gear. It doesn't matter if you're the greatest catcher ever, it's still hard to predict how the body will hold up. A 10-year MEGA-DEAL to Pudge Rodriguez when he was Posey's age would have looked iffy after about seven years, and he was enjoying better living through chemistry. Are seven All-Star-type seasons worth 10 years of superstar money?

Eh, probably. But Pudge was kind of a freak. So was the other Pudge, Carlton Fisk. They're the exceptions, not the rule, and any MEGA-DEAL for Posey would make me nervous, just because of the position he plays.

If I were Posey's agent, I think I'd have my strategy all mapped out. 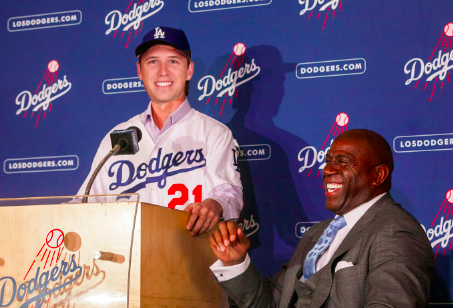 Giants representative: here is my pancreas which i removed with my bare hands so you could eat it to appease your gods in addition to $200 million i hope this is satisfactory now i am dying but do we have a deal tell my wife i love her

At which point, a ten-year MEGA-DEAL sounds just delightful in comparison. So maybe they should get this done now. The length and money will make us all nervous. But the alternative is much, much worse. If we lived with Zito this long -- and won a couple of championships while the payroll was jacked up -- we can live with anything Posey does or doesn't do in 2022.