This time, we take a look at the comparable players spit out by the PECOTA algorithm.

I love Baseball Prospectus. I know I've made that clear, but we're in sending-valentine-made-from-human-skin territory, I love them so much. The collection of writers is superb, and they cover a great mix of analysis and silliness, which is how I prefer to consume my online baseball. Subscribe.

But if there's one thing I love more than Baseball Prospectus, it's making fun of their preseason PECOTA comps! In addition to the reasonable, well-constructed PECOTA projections, the computer spits out three names. I'd like to think that the computer does the projections first, takes a break, does a big rail of ground-up Speak 'N' Spell chips, and comes back to do the comps, all drugged up, singing "Daisy Bell", and actin' the fool.

Now, some of them make sense. Javier Lopez has Ricardo Rincon as a comp, for example. But some of them are silly, others are depressing, and a few of them are wildly optimistic. A tour through the notable PECOTA projections for the Giants: 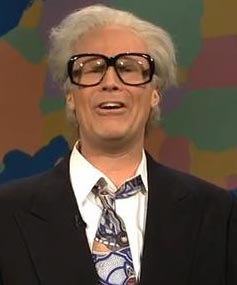 IF YOUR OWN HEAD WAS MADE OF PUDDIN, WOULD YOU EAT IT?

Here's where I think the computer is trolling. Of all the comps and ex-players, it finds one that sounds delicious for Sandoval? Seems a little too convenient.

Also of note: Puddin' Head Jones is actually not a bad comp, other than the low averages.

Ben Lindbergh: This is a real honor, let me tell you. We don't get a lot of players who want to tour the BP offices.

Lindbergh: Are you okay?

Belt: I knew those shrimp tacos smelled funny. I was like, "Why is the street vendor laughing at me?"

/Belt throws up all over the PECOTA computer

PECOTA-TRON 3050 can be a jerk, but it's a funny jerk. And, really, Hillenbrand would be a pretty sweet comp for Pill. The other one it came up with was Greg Colbrunn, which would also be mighty useful.

So to recap, the combined career WAR of the three Belt comps: 8. The three Pill comps: 11. Wait, unless that was John Mayberry, Sr. as Belt's comp, which would make a lot more sense. That would be a nice career for Belt, for sure. But it isn't as funny, so I'll brush it off.

Whew. Better. Though kind of ridiculous. Even though Campy wasn't much of a hitter around his 30th birthday, he was still leading the league in stolen bases every year.

Okay, PECOTA-TRON. You've had your fun. But now you're not even paying attention. It's one thing to …

When Kaline was RafRod's age, he hit .340/.421/.546 with 27 homers for the '55 Tigers. So I don't think there's a problem with this comp; the computer can just see the future, and that's what we should expect from Rodriguez in the majors this year.

Aw, man, that stinks. I don't know if I can take the Giants losing the World Series in the same year as the Niners losing the Super Bowl.

If you combine those two together, they probably have a working tendon, and Lincecum needs only one. But I'm getting a Final Destination vibe from PECOTA-TRON -- as in, if Lincecum doesn't go the way of Harden or Bedard, the computer is going to hunt him down. At least the computer was nice enough to go with Rich Hill as the last comp instead of Mark Prior.

TAKE IT BACK. TAKE IT BACK, DAMN YOU, OR I INSTALL 76 DIFFERENT PIECES OF CORRUPT FREEWARE ON YOUR HARD DRIVE, YOU STUPID COMPUTER.

Wait, go back to the Latos one.

The comparable-players part of PECOTA is more for fun than anything, so don't take any of these too seriously. The more important parts of the PECOTA release are the projected standings, which suggest that the Dodgers have the best team in baseball. So, yeah, we should probably throw PECOTA-TRON into the river and see if it floats. If it doesn't, it's probably not a demon computer, and maybe one of us will jump in and save it. Pence, probably.