Mike Morse and the Giants, a guide

Share All sharing options for: Mike Morse and the Giants, a guide

Mike Morse rumors are charging at you, growling, moaning, demanding blood tribute. You fire a silver bullet at them! It's not very effective.

Henry Schulman tweeted that Morse is still on the Giants' radar, a rumor that was confirmed later by Joel Sherman. You saw this coming a mile away.

The Giants are looking for a right-handed outfielder.

Mike Morse can hit dingers. And how.

Don't need a graphing calculator to solve that equation. There's just one problem. Morse plays left field like Pat Burrell wearing a barrel with straps. Also, there's a bitey baby gator in the barrel. Let's see what the photo tool has to say about Morse's defense: 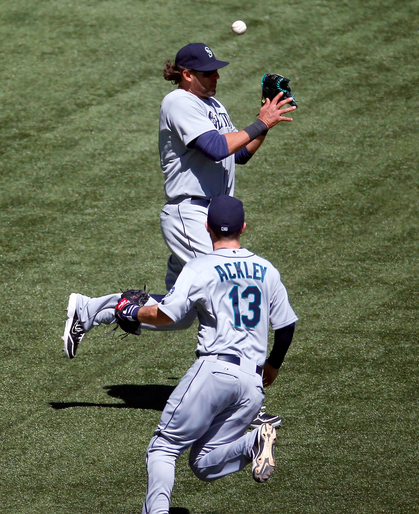 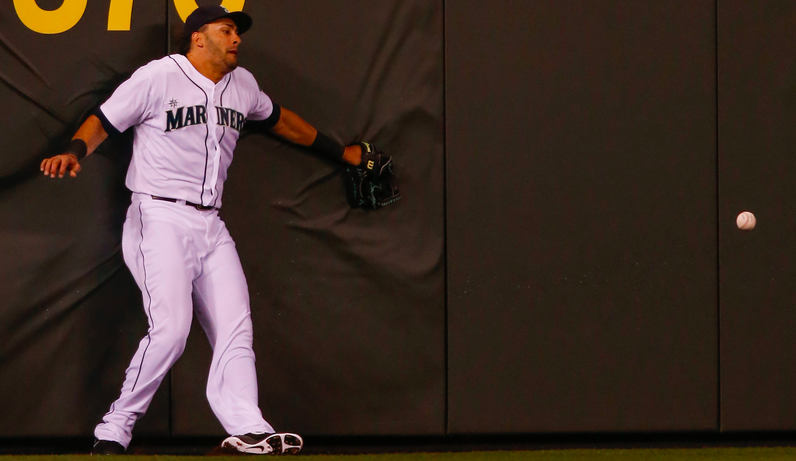 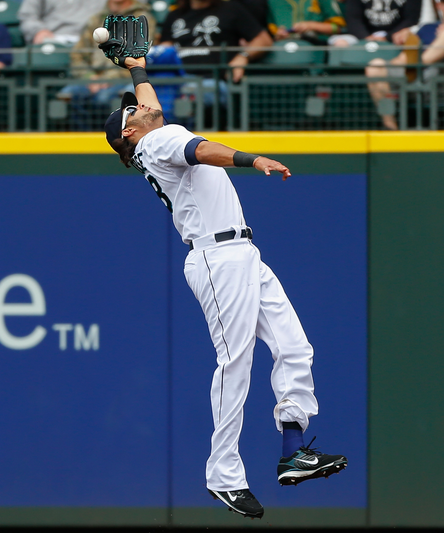 Those are basically the equivalent of stray anecdotes, so they shouldn't convince you one way or the other that Morse can't field. On the other hand, lol. The defensive metrics and eyeball accounts confirm the reputation, though. Morse is a left fielder like Pablo Sandoval is a shortstop.

But, gentle reader, you follow a team that won a World Series with Pat Burrell clomping around the outfield. There's an axis of need that I'm too dumb to understand, and it might be that a team can use the power more than the defense, provided the other strengths are substantial enough. I'm skeptical the Giants are that team.

Look at us, though, talking about Morse as if he were a bona fide slugger, a player who's such a sure thing with the bat, that you'd put up with the glove. Except Morse had a .270 OBP last year. He had wrist issues, sure, so give him a pass if you want, but he had a .321 OBP the year before that, and that's with a .291 batting average. If he doesn't hit for average, he's Brett Pill. And I'm skeptical about his ability to hit for average. Even though he'll be 32 next year, he doesn't have that many at-bats in the majors -- just 1,858, or a little over three full season's worth, so I'm not sure if I can count on his career .281 batting average to buoy his offensive contributions.

Still, I yearn for dingers. I understand the appeal. And considering that Bruce Bochy did a pretty good job managing Burrell, getting him out of left sooner rather than later in close games, I'm actually warming up to the idea of a Morse signing. Get him out there against lefties for six innings, put in Juan Perez, and enjoy the dingers in the interim.

Except that presupposes Morse will sign a normal deal that reflects his limited abilities. I think there's a chance of something absolutely stupid, like three years and much monies. I don't want the Giants to be that team.

In the Twitter conversation linked above, Schulman notes that he expects the Giants to trade rather than sign. There are some attractive trade options, like Brett Gardner, and there are some hilarious, redundant ones, like Ichiro. The common thread with the trade options is that if they're good, the Giants will have to pay a heavy trade price. If I had the choice between Gardner and Morse/Blanco, with the Giants keeping two of their 10-best prospects in the latter scenario, it's not much of a choice at all. And I'm pretty win-now and TINSTAAPP when it comes to those kinds of trades.

For all the guff and grief I've given Morse over the last couple months, he could be an interesting buy-low source of power on a market where everyone is buying high. I just don't trust his bat enough to make up for the mistrust his glove has earned. Is WAR your thing? Over the last nine seasons, Morse has been worth four wins -- about a win fewer than Blanco has been worth with the Giants over the last two seasons. Dingers are seductive, but they can also rot your soul.

Long analysis short: For the right price, sure. Take a shot. Because anything approaching the player Morse was in 2011 -- .303/.360/.550 with 31 homers -- would be an amazing fit for this team. That wasn't very long ago. Maybe with a cleared-up wrist, he can slug again.

At the price he'll probably get? Even adhering to the it's-not-my-money doctrine, it'll be too much. Morse for anything more than one year will affect the roster next offseason, too. The potential reward isn't worth the possible risk.

I have fond memories of Burrell, you know.

Michael Morse signs with the Giants for one year, $6 million