I remember the first time this network went through big changes. This is what it used to look like. And when it changed to the site you're familiar with today, people freaked out. Look at that old site! Compared to the current site, it looks like it was made on a Speak 'n' Spell. Yet people were still skeptical. I still love thinking about that.

More changes are coming. Bigger, bolder changes. It's going to be a huge change in the platform, and it will give me all sorts of neat editorial tools. I've seen some mock-ups. It looks fantastic. The details will follow. Here's a little something as a teaser. A new logo: 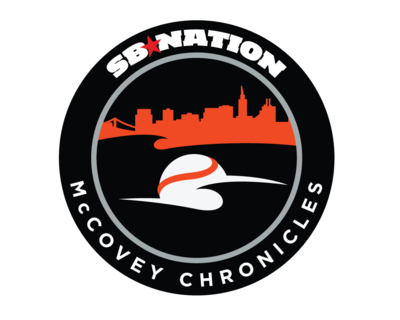 They asked me what I wanted to keep from the old logo. I said the ball, the water, and the skyline. So, everything. They made it work. You can check out all of the new logos from around the network here.

This was the second site that went live on the SB Nation network, and I'm proud of that. The first one was the A's site, and they were kind enough to grant me a little slice of Internet territory right next to them. Then they asked for it back, and I was like lol no. So we're still here. The whole point of the visual redesign is to let everyone know that they're on an SBN site whenever they're on one. The sites will be distinct, but they'll be a clear part of a larger network.

Phase 3 is where we ask you to shave your head, put some robes on, and join us on the comet of friendship. For now, just appreciate the network of sites. There are over 300 of them. Did you know there's a water polo site? There's a site for everything. Except for San Jose State. One of these days, dammit.

The changes should make it much easier for me to create compelling content for you to skim, and it will make it easier for you to engage with the folks around here. Plus, there will be a store, I'm told, for you to buy things.

I'm excited. By extension, you're excited. Welcome to the future of McCovey Chronicles and SB Nation.