All is calm right now. The assembled blue horde is retreating. The battle isn't quite over, but it's a full retreat. You expect them to regroup and amass their strength next spring, so you remain vigilant. That's good.

But I'm here to tell you about another threat, one that could hurt you and your family. They're easy to overlook. The blue horde has our attention now, but the other threat might be more dire. And they're harder to spot, too. They suckers wear camouflage

What's worse was that nearly their entire starting rotation was broken. They signed Cory Luebke to a nice extension, and his elbow disintegrated. Tim Stauffer, Dustin Moseley, Joe Wieland … it was absolute carnage. They ended up with Jeff Suppan in the rotation. 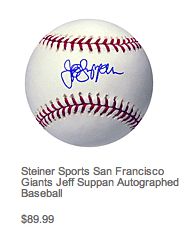 Yeah, that Jeff Suppan. But a funny thing happened after May. The Padres got awesome. Take a gander:

Did I design this intro as a way to laugh at the Dodgers some more? Not telling. But you can see that the Padres have gotten better. Much, much better. And since the end of June? They're tied with the Giants, with both teams posting a 43-28 record.

If the Giants weren't a billionty games up in the division, you'd be afeared of this series. As is, it's still a little uncomfortable. I mean, the Giants haven't clinched anything yet. And there's still, what, six games against the Padres? Oh man. Oh man oh man oh man. This is making me nervous again, dammit. Where's the chart? I NEED THE CHART.

Yeah, that's the stuff. Okay, back to the Padres. They're good now. And the funny thing is, they're doing it without a lot of the good, young pitching they were supposed to have. Well, that's not really funny. That's sort of terrifying. Long series preview short: If I had to pick one NL West team to fear over the next five years, it'd be the Padres.

Remember 2009, when the Rockies had a lineup that was almost entirely homegrown, and they had figured out the secret of acquiring and developing pitchers who could thrive in Colorado? They're like the kid in the arcade who's pretending he's playing the game during the demo screen because he's run out of quarters. I don't even know what that means, but I know it fits. Also, the kid keeps getting his character shot during the demo screen, which shouldn't be possible because it's the demo screen, but, well, go get 'em, Rockies.

The Diamondbacks have oodles and oodles of young pitching -- just an embarrassment of riches -- but I'm thinking they're going to do something stupid with Justin Upton. If they don't, they're high on the list of teams that give me the willies for the future.

No, give me the Padres as the bogeyman for the next couple of seasons. They have the farm system, and they have a lot of promising young players already doing good things in the majors. They have new owners who, while unlikely to go full Dodger -- you never go full Dodger -- are still likelier to spend a little. They have a new TV deal coming that will pay some of the bills. And some of those pitchers will come back from the broken list fixed.

There. Nice words about the Padres. I meant every one. Now, if you please, Padres, let us clinch the division at home. The Giants haven't clinched a division at home forever. It's been since …

Right, right. But it had been a while before that.

No, I remember now. Thanks. It'd still be cool if the Giants could clinch this weekend. Help us out, here, Padres. What have we ever done to you?

Hitter to watch
It's kind of annoying to watch Devin Mesoraco flail with the Reds while Yasmani Grandal is thriving with the Padres. You picked the wrong catcher to keep, you fools!

Pitcher to watch
Wait, Andrew Werner? You just made him up, Padres. Let's look him up in the ol' Baseball Reference machine, and … oh. A low-walk pitcher who doesn't allow any home runs. That's original, Padres. I'm sure he won't be annoying when he pitches at Petco Park in the coming years.

Prediction:
I still need to sell my Wilco tickets for the show at the Greek Theater in Berkeley this Saturday! Face value is $125! You can have them for $100! I predict you want them! E-mail me at mccoveychronicles@gmail.com! Chance of a lifetime!