Hunter Pence As A Prospect, Giant

Share All sharing options for: Hunter Pence As A Prospect, Giant

I should probably slow down with the Hunter Pence stuff. There's another year of this. But while I'm not expecting him to play like an All Star or MVP candidate, I am fascinated by him all of a sudden. It's like the Giants trading for him made it okay to be agog instead of afeared.

But when looking back at his write-ups in past Baseball America Prospect Handbooks, I remembered something: I was fascinated by him back then, too, even though he was an Astros prospect. It all flashed back to me when I reread them. Because here's the progression of Hunter Pence, prospect:

He doesn't have a classic swing ...

Pence's gangly body is deceptive, because he's a good athlete to solid speed.

Pence doesn't look pretty at the plate, choking up on the bat and employing a hitch in his swing.

Pence was the Southland Conference player of the year and batting champ (.395) in 2004, but he wasn't a premium draft prospect because he looked gangly and awkward and used an unorthodox set-up at the plate.

Pence doesn't do anything pretty, but he does most things well.

His approach at the plate is anything but textbook ... Pence isn't the most fluid runner ... While his arm action still looks funky ...

Every year, I'd read the write-ups, and every year, I'd have to imagine what in the hell this guy played like. This was before MILB.com was useful, and before prospect hounds would upload camera-phone videos to YouTube. So you just had to wonder how this gangly, awkward, funky, anything-but-textbook prospect played baseball.

We know now, we're used to it, and it still fascinates us. So back then, I think my imagination went even goofier. 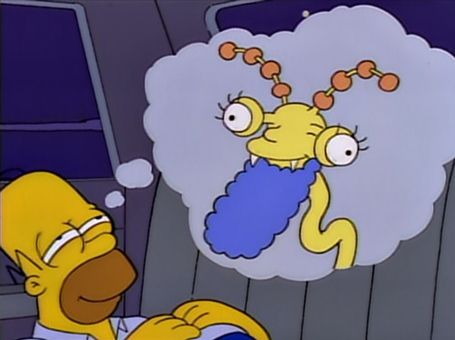 Yeah, like that. Also, I get paid by the Simpsons reference, so it's probably a good thing Pence is on the Giants.

There's no obvious comparison. That's kind of the point. For some reason, though, I keep thinking about Moises Alou in relation to Pence. Not from a physical standpoint -- Alou was a physical specimen drafted #2 overall, and he wasn't gangly or awkward. But Alou's swing was weird; it was almost all wrists. There's a video titled "Alou's Nice Swing" at MLB.com, but apparently every video before 2008 is down. That's okay, I'll just look at YouTube. Here you go: a walk-off homer that was filmed on a potato.

Anyway, it was weird. It didn't look like Pence's swing, mind you. It was just something unorthodox that worked, though, and that's why the two are linked in my head. There are, what, 400 hitters playing Major League Baseball at any given time? No one swung like Alou then, and I can't think of someone who's done it since. It's why he played well until he was 41, I'd guess. Fewer moving parts to slow with age.

And no one swings like Pence now. No one runs like Pence now. Or throws. Or stares. Or ... But now that he's a Giant, I can be appreciative instead of curious, bitter, and terrified. I like it! If he could, uh, repeat his career year from 2011, that'd be swell, but even if he's just the same ol' okay player he's been in other years, he's a change from what we're used to. In a 162-game season, that's probably not something to take for granted.

I'll shut up about Pence now, I promise.

(Until he does something good.)