Shane Victorino was born of the Dodgers -- drafted and developed by the organization and sent out into the world like some combination of orc and Jason Bourne and Salacious Crumb. He was always the worst person in the world by most objective, scientific standards. This was never in dispute. But that did not mean that he couldn't get worse. 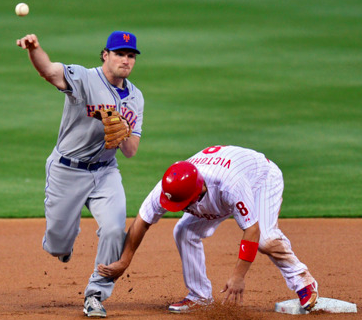 Picture him doing that to Brandon Crawford in a 1-1 Kershaw/Bumgarner game in the seventh ... 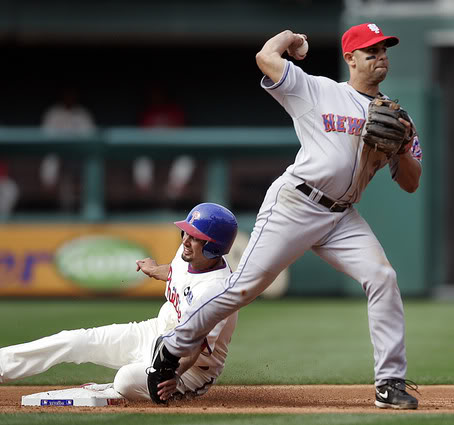 ... or this to Theriot, moments before the ball sails into the opponent's dugout. I mean, it probably would have sailed into the dugout anyway, but I'll still blame Victorino. 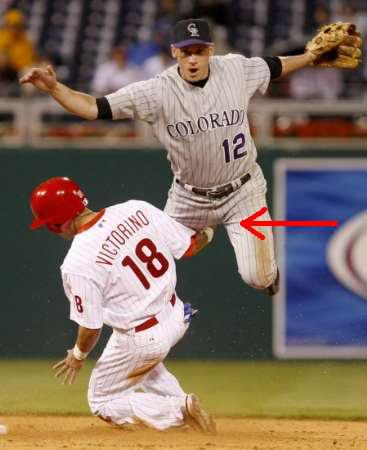 Kuiper: Theriot ... to Scutaro ... to ... no! The double play is broken up! And I believe Scutaro is now sterile. The trainer is coming out, and ... yeah, he looks sterile from here, Kruk.

OH, LOOK AT THAT HARD-NOSED BASEBALL. WHAT AN INSPIRATION GETTIN' THE UNIFORM DIRTY AND PLAYIN THE GAME THE RIGHT WAY LIKE IN THE OLDEN DAYS OF YORE

That last one cost Lincecum a run in his major-league debut. That's where the Victorino hate started, I do believe. And it's hard to say this definitively based on the choppy GIF, but I'm pretty sure that was the dumbest call I've ever seen an umpire make. I get mad just watching it.

One of these days, Cody Ross will cut off Victorino's head and absorb his power. For now, we have to live with Victorino as a Dodger. And until then, we can watch this GIF over and over and over again to make us feel better.