You're missing the bonfire on Twitter. It started with CBS reporter Dennis O'Donnell reporting thusly:

Giants have a deal in place for Hunter Pence. Details to follow.

Which led Andrew Baggarly to tweet that KPIX was reporting a deal was in place. Which was completely true. That KPIX was reporting it, at least. And people freaked out on Baggarly. Phillies fans freaked out on Giants fans. Giants fans ran around in a circle, screaming "I don't even know what's going on, man, lemme off lemme off." A guy in Narberth with a year-old copy of BA's Prospect Handbook started dreaming about Zack Wheeler.

Turns out the deal wasn't quite ready to be announced just yet.

Giants VP Bobby Evans texts that there's "no truth to the rumor" the Giants have a deal in place for Pence.

It turns out that it was all just a hilarious, terrifying diversion. For a few minutes, Hunter Pence was on the Giants. And then he wasn't. Throughout the entire ordeal, people made fun of Hunter Pence. That's what's really important. 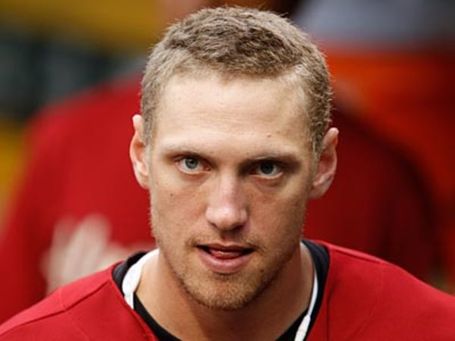 Honest attempt to filter this through Occam's Razor: O'Donnell has a pretty danged good source. He doesn't wade into this arena lightly. Evans isn't going to confirm the rumor because the bump in payroll needs ownership approval. Sabean is personally explaining how many lobster hats Pence could sell in the first month alone. But I'm a guess there's some fire to this smoke.

So let's all just sit back and beat each other like the apes at the beginning of 2001, thinking about the prospects that are heading to the Phillies.