One more day. We were all one more day away from taking mescaline and watching Pesäpallo on a seven-hour loop, wandering into the desert, wondering what this all means. Instead, the All-Star Break ended. Baseball started up again. And, lo, it was good.

The obvious story is Madison Bumgarner. Because he's good. I remember when he was a prospect, and the scouting reports all had to do with his lack of a secondary pitch. As if he'd throw a crackling 96-m.p.h. fastball for six innings and then switch to the underhanded dropsy-do because he didn't know how to do anything else. Yet he still managed to rack up some impressive strikeout numbers. That must have meant his fastball was nigh unhittable.

But his fastball isn't his best pitch. It's that cutter. Good gravy, that cutter. It's a magic pitch. It just keeps boring in and in and in and in and in, and if the hitter misses it, he's lucky. How do you defend against a pitch like that? Do you say, screw it, I'm a looking for the pitch six inches off the inside? Well, then, what happens when the pitch is eight inches off the inside. You have busted thumbs, that's what. And what if Bumgarner tries to catch the edge of the strike zone with a breaking ball?

It's all nonsense. Remember when Matt Moore was the big news -- the pitching prospect ranked right up there with Bryce Harper and Mike Trout? He was born in the same year as Bumgarner, and he's going through some young-pitcher things. That's because young pitchers go through young-pitcher things. It happens to the best of them.

That's the part that makes us spoiled -- the lack of young-pitcher things. Remember the Jonathan Sanchez nonsense? The if he can only refine his control hokum? That's what other teams have to deal with all the time. Bumgarner showed up fully formed for the most part. He's the age of a lot of college kids, but he has the control of a 40-year-old slop tosser trying to convince a team to give him one more chance.

He has that control, and he has the cutter. It's the perfect pitch. In Bumgarner's last 16 innings against the Astros, he's allowed three hits.That seems like a lot, but statistically, it really isn't.

I still want Wandy Rodriguez under the "It's not my money!"-principle. All the dude will cost is a little money and a token prospect or three. C'mon. If the Giants were to make the playoffs, he'd be a swell #4 starter. You know, if Lincecum doesn't find that which is lost. It's a $40M gamble that the Giants don't need to take, but 20 percent of the time, he'd make me feel more comfortable all of the time.

The weird epiphany from tonight: I want Matt Downs included in the deal. Plays a little second, can moonlight at third, hits lefties well -- heck, he's been playing the outfield lately. He's in the middle of a miserable, miserable season so far this year, but I'm in. As a lefty-thumper off the bench who can give Theriot a day off, I'm in. Toss him into the deal.

Well, I was actually looking for this play. Here comes Rohlinger! Here comes Whiteside! But that other one will do because of the Angel Pagan connection..

Home-plate collisions are still bullshit. The Giants scored an extra run because Pablo Sandoval knocked the ball away from Chris Snyder. Don't care. It's a fucked up part of a civilized, orderly, rational game. The game isn't about forcing a ball out of the hands of a defender. It's about 90 feet and a slow chopper, 400 feet and an outfielder drifting back. It's not about a fat dude barreling into a big dude and making boom.

Why is this a controversial opinion? Why are we the ones with our fists in the air? Makes no sense.

That's really cute that they held an All-Star Game without Madison Bumgarner! So adorable. I'll bet they had fun, those little scamps. Ryan Vogelsong and Bumgarner should hold a different All-Star Game on the moon, and they should invite dorks like Jay Bruce and Carlos Ruiz just to tell them that an intern made a mistake and they weren't invited after all. Sorry about that. Damn that intern!

Romo gets one of these: 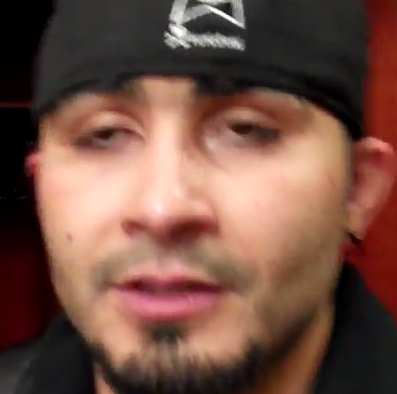 Because at first he was like, whaaaaaat? This is too easy. Then he was all waaaait, whaaaat? because he got all tired and junk. He walked a guy on four pitches, which I think is the first time he's done that since 2008

But he also did this: