It's never a good idea to whine about injuries -- every team has problems with injuries -- but the Giants did get especially hosed when some of their key players were hurt. The best way to put that into perspective is to list all of the players who received enough at-bats last season to qualify for the batting title:

The only player who stayed healthy for the entire season was the one player for whom the Giants had a capable backup. That's the tagline for the movie about the 2011 Giants.

This comes up now because Will Carroll released his team health report for the Giants in 2012. There are surprises and obvious players, laughs and tears. I disagree with a couple, but agree with a lot of them. My top-five list of players whose health I'm most worried about:

5. Sergio Romo
If only because he's one of my favorite baseball players on the planet to watch.

3. Screw this
Yeah, I'm already scrapping this idea for a post. Too much of a downer. It's spring! Birds are chirping. The sun is out. There's baseball tonight -- a real, live baseball game broadcast onto your television box. The San Francisco Giants will be one of the teams playing.

I wanted to link to the Team Health Report, and I wanted to add some thoughts, but … nah. Instead, check this out: 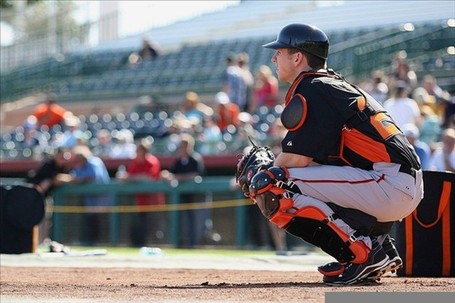 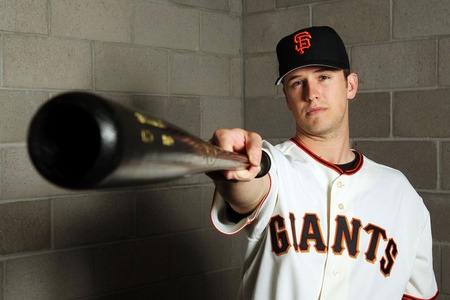 That's Buster Posey with a bat, pointing at some unseen pitcher. Like, "I'M POLITELY COMING FOR YOU, PITCHER!" 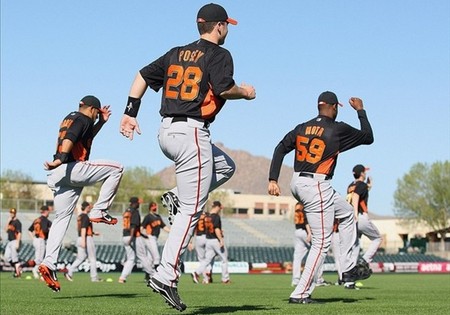 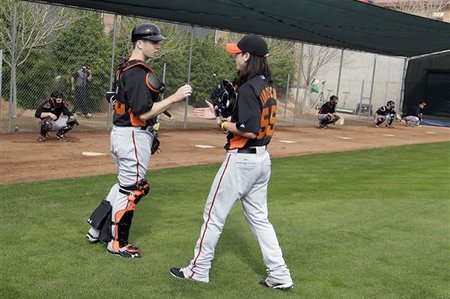 That's Buster Posey about to slap hands or shake with Tim Lincecum. Good work today, Tim. Yeah, cool. You too. This baseball stuff is awesome, no? Yeah, yeah, it's a lot of fun. Glad you're back. Glad to *be* back. Cool. Good work today. 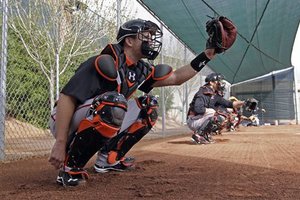 You can see how this is a much better post than what was originally planned. There are a lot of Giants whose health I'm worried about. That's probably not the thing to focus on, though. Last year at this time, I was absolutely not worried about Buster Posey's health, and that didn't do any good. There will be injuries. There will be setbacks. This will be true for every team.

But while I don't think we'll ever see a season like 2010 again -- where every injury magically happened to result in more at-bats for a better player -- I don't think it's silly to think things will be better this year. Well, not with Freddy Sanchez. But with the team as a whole. It's the spring. Allow yourself some optimism. 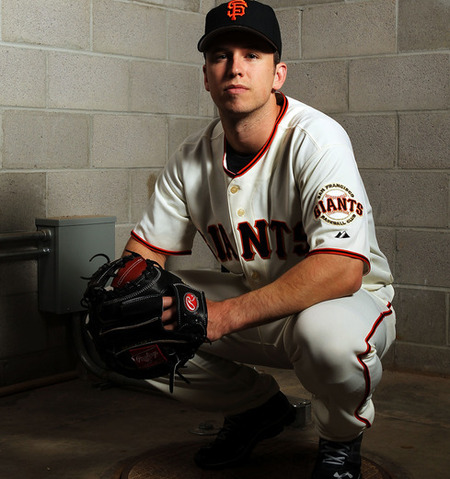 That's Buster Posey posing for a picture. The photographer said something like, "Hey, Buster. Can you get in a squat for this one?" And Buster was all "No problem, because this is a completely natural thing to do and it does not cause me any pain or great effort, so I can do it even for something as silly as a spring-training photo."

I set out to write about the Giants' prospective health today. I ended up with a bunch of pictures of Buster Posey playing baseball again. I stand by my decision.