I Probably Didn't Frame Ryan Braun, But I Was Thinking About It

Share All sharing options for: I Probably Didn't Frame Ryan Braun, But I Was Thinking About It

This isn't because I dislike Braun. He hasn't done anything to annoy me. 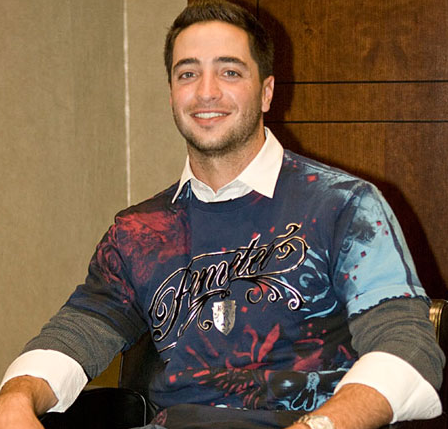 I mean, when it comes to baseball. He hasn't done anything to annoy me in the baseball world. Seems like an alright guy. His press conference today was impressive. But I still would have spiked the sample.

My secret society would have brought down the Cardinals' and Cubs' stars before they could do it themselves. The 1998 home-run chase wouldn't have been too sacred to ruin.

I would have put vials of all sorts of things in Eric Gagne's pockets before his press conference for winning the Cy Young, including vials of urine. Some of the urine would have even had illegal substances in it, as opposed to the other samples I contributed myself just because. I would have arranged it so some Rosenthal/Woodward/Bernstein wannabe would have noticed the stuff and created a hullabaloo.

I'd get the guys who are innocent, too. Justin Verlander is one of the coolest cats in the game, but I would still frame him. I'd leak doctored pictures to Deadspin of Verlander hanging out at HGH bars in Mos Eisley with fistfuls of the stuff.

Right now, there are a lot of Milwaukee fans who are interested in due process, who are upset about confidential information getting leaked to the media. Right now, there are people getting flummoxed because a player they love is still under suspicion. There are people who will never believe Braun was clean, who will always throw the "technicality" card back in the face of Brewers fans.

For years Giants fans had to read articles about how they were horrible, miserable people because they still cheered for Barry Bonds. It's not a perfectly analogous situation to what Braun is going through, but there are some similarities. It was tough to explain ourselves. I've tried, but there's no way to really make other fans know what it's like until one of their players gets popped. Then they get to read the stupid articles and have the stupid debates where no one changes their mind. They get to cheer the player with more ambiguity than they'll admit to. A couple of fan bases get it now.

But more need to. All 30 teams need to have one of these situations. Then we can talk about this all like grownups. When our secret society gets time traveling capability -- I mean, if there were a secret society, of course -- we'll go back in time and take pictures of Babe Ruth snorting ground rhinoceros-horn powder. That stuff'll do you right. Until then, we can just wait for a Braun situation to pop up for every team.

We can wait. We can be patient.

* This is exactly how it works. Source.